The origin of the hot dog has long been contested and has even been a source of tension in American history. In 1913, for example, Mayor Reginald S. Bennett called an emergency meeting of his cabinet when he learned two men were selling hot dogs in Asbury Park, New Jersey. That day, the council banned the sale of frankfurters on Sundays, citing that such commerce “would not add to the dignity of the beach.” 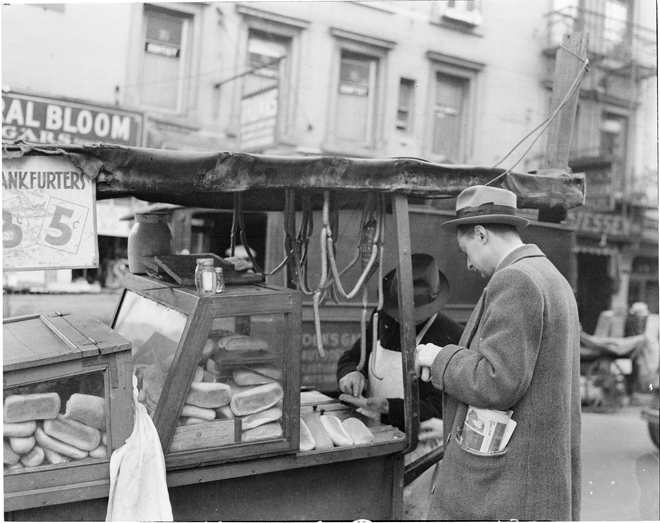 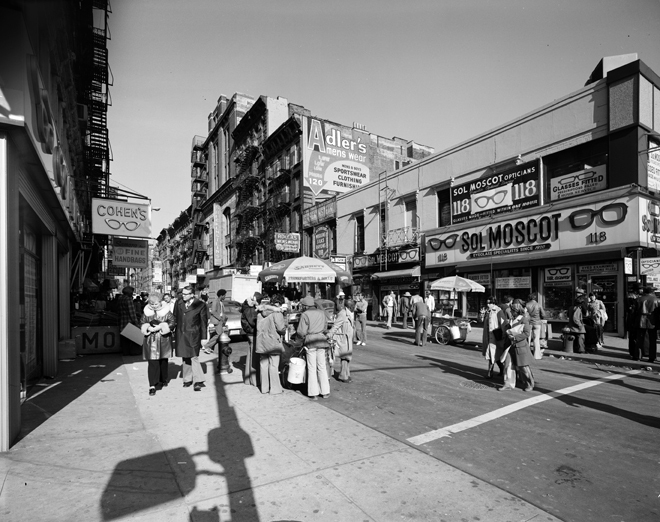 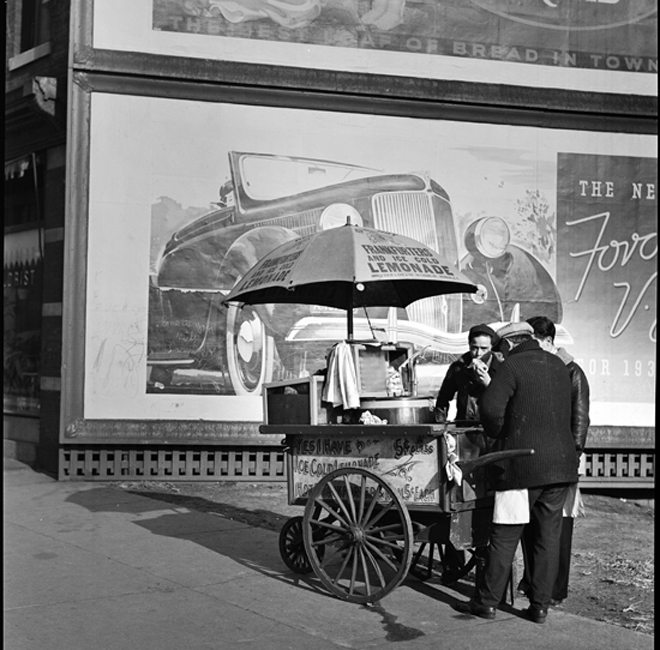 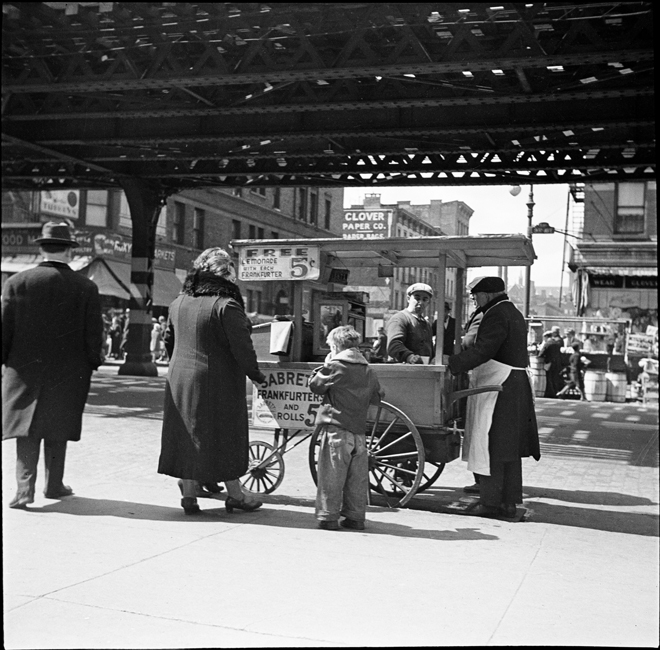 In 1871, Charles Feltman purportedly opened the first Coney Island hot dog stand and sold over 3,000 dachshund sausages in a milk roll during his first year in operation. He was quickly overtaken, however, by his former employee, Nathan Handwerker, a polish immigrant who arrived in New York City in 1912. Nathan’s Famous quickly became a popular eatery in Coney Island, especially once the subway extended to that neighborhood. In fact, it is estimated that visitors bought 75,000 Nathan’s hot dogs each weekend during the summer of 1920.

Years earlier, Nathan’s Famous also started a tradition that continues today: the annual Fourth of July hot dog eating contest. As the story goes, four immigrants competed against each other to scarf down the most franks in an attempt to showcase their patriotism. Today, tens of thousands of spectators gather to watch competitors eat as many hot dogs as they can in ten minutes. In 2011, almost 2 million people watched ESPN’s live broadcast of the event. This past July Fourth, Matt Stonie won the men’s contest by eating 62 dogs. Miki Sudo crushed her competition by eating 38 franks. 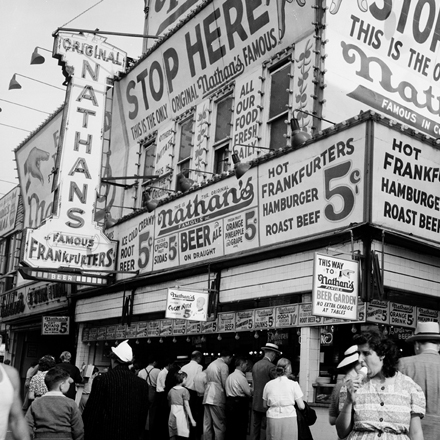 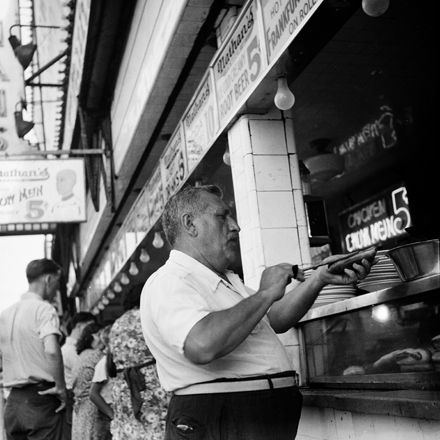 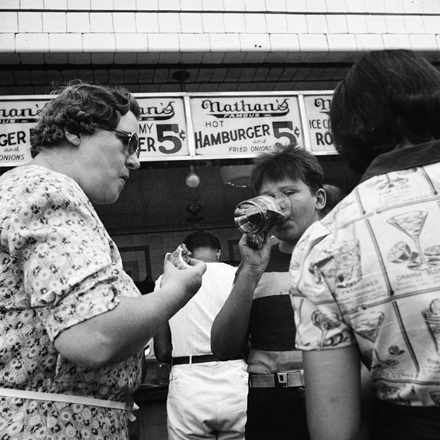 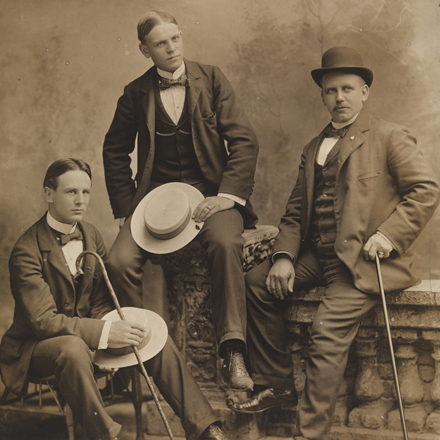 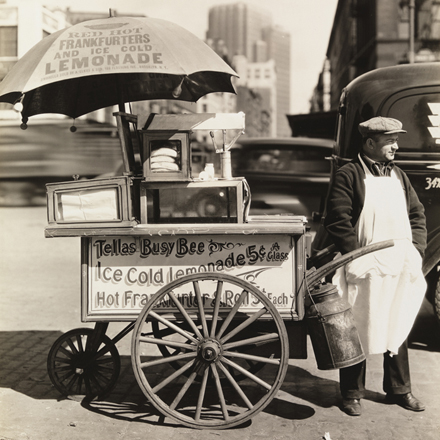 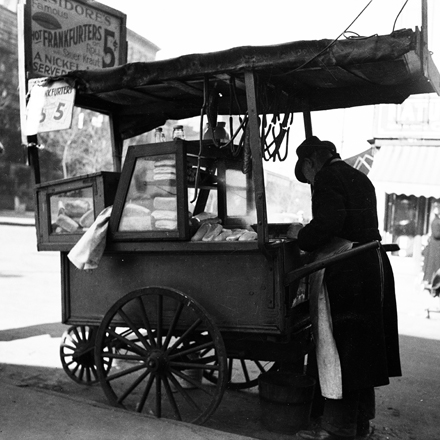 Even prior to Nathan’s success on the east coast, hot dogs gained national popularity in 1893. That year, Americans enjoyed the affordability and convenience of the portable bun and sausage combo during the Colombian Exposition in Chicago. At that time, hot dogs also became standard fare at baseball parks. Harry Stevens, a British steelworker, moved to the United States and began selling scorecards for local games. In 1887, he started Harry M. Stevens Inc. in Columbus, Ohio and became a concessionaire. The company served clients like the San Francisco Giants for over a century and also held large contracts with Shea Stadium and Madison Square Garden, both in New York.

To this day, hot dogs remain extremely popular both at ballparks and at home. This season, over 21 million wieners are expected to sell at ballparks across the country. Last year, nearly 1 billion packages of hot dogs were sold at retail stores nationwide. And although Los Angeles residents eat more franks than inhabitants of any other city in the United States, New Yorkers spend more: over $121.6 million on wieners in 2014. 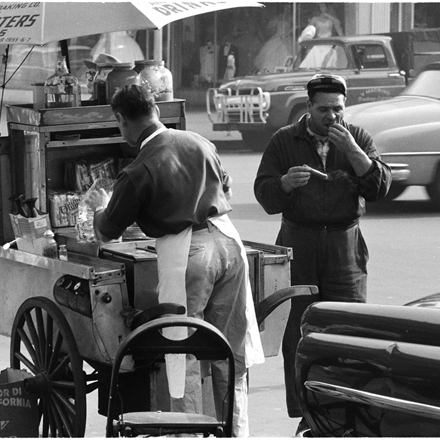 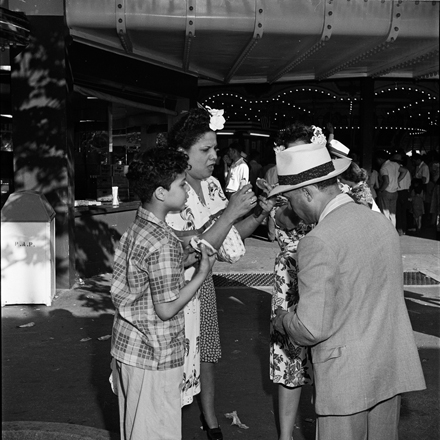 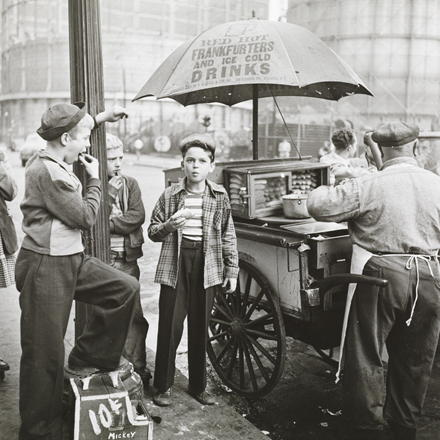 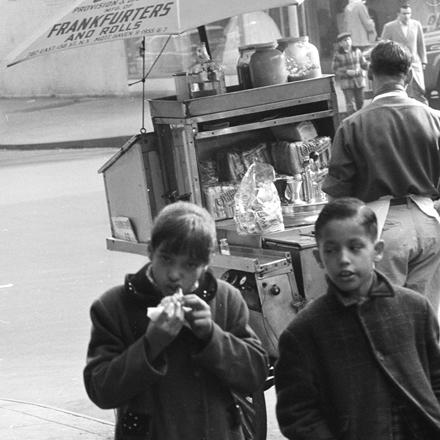 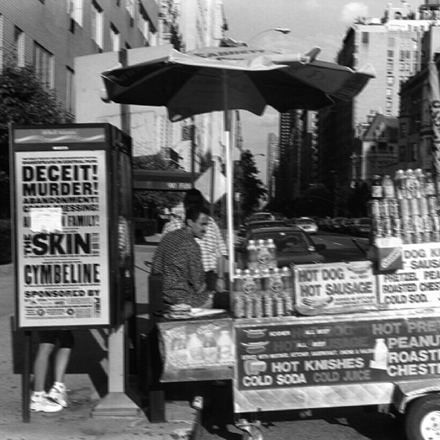 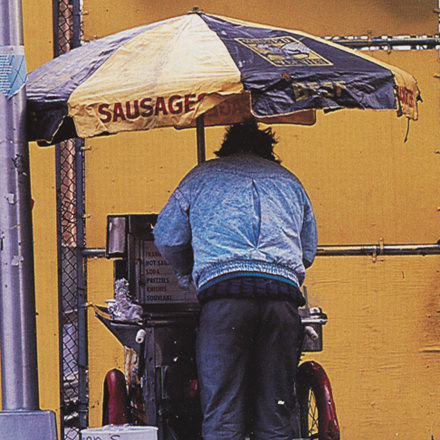 It’s no surprise that New Yorkers pay so much, especially when one considers the amount food vendors spend to license their pushcarts. In 2013, The New York Timesreported that Mohammad Mastafa of Astoria, Queens paid the city’s parks department $289,500 a year for the right to operate a single cart at Fifth Avenue and East 62nd Street near the Central Park Zoo. His situation is not an anomaly. The 20 highest license fees each exceeded $100,000. In other areas, fees are lower: $14,000 in Astoria Park, Queens; $3,200 in Maria Hernandez Park, Brooklyn; and $1,100 in Pelham Bay Park, Bronx. $700 is the lowest fee for a pushcart. The owner operates his stand near the soccer fields in Inwood Hill Park in Upper Manhattan. All told, the concession stands produce over $450 million annually for the city’s general fund.

The high cost of doing business sometimes results in predatory selling. For example, in May 2015, a hot dog vendor near the World Trade Center charged upwards of $30 for a hot dog and drink, targeting those he considered tourists. The story generated so much attention that the pushcart’s owner fired the employee for overcharging customers. So whether you call them franks or weenies, coneys or dogs; whether you prefer ketchup or kraut, chili or Chicago style, just remember: don’t pay more than a couple bucks to enjoy the “snap” of your dirty water dog.

Stanley Kubrick's 1947 pictorial of Mickey, a 12-year-old boy from Brooklyn who shines shoes for 10 cents a pop.
Behind-the-Scenes Tuesday, August 2, 2016

High on a shelf of the legendary Russ & Daughters Appetizing store was an object that perfectly encapsulated the story of New York at Its Core, and a tool that helped launch a 100-year old business.
City Arts Tuesday, April 24, 2012