Past Event: Immigrants and the Sanctuary City: Then & Now

How does the current climate of fear and crisis for immigrants make sense against our city’s historic identity as the nation’s melting pot? On the day after the deadline for the expiration of the Deferred Action for Childhood Arrivals program (DACA), join us for a roundtable discussion with historian Dr. Mae Ngai, Professor of Asian American Studies and History at Columbia University; immigration rights activist and leader Ravi Ragbir; activist leader Ana Maria Archila of the Center for Popular Democracy; and Bitta Mostofi, Acting Commissioner of the New York City Mayor's Office of Immigrant Affairs. Moderated by WNYC reporter Matt Katz.

About the Speakers:
Ana María Archila is the co-executive director of the Center for Popular Democracy in Brooklyn and a leading advocate for civil rights, health care access, education equity, and immigrant rights in New York State, and nationally. She was previously the co-executive director of Make the Road New York, and before that, she led the Latin American Integration Center. Archila emigrated to the U.S. from Colombia at the age of 17.

Dr. Mae Ngai is a U.S. legal and political historian interested in questions of immigration, citizenship, and nationalism. She is author of two award-winning books, including Impossible Subjects: Illegal Aliens and the Making of Modern America (Princeton University Press, 2004), and has written on immigration history and policy for publications such as The Washington Post and The New York Times. Read a recent TIME interview with Ngai here.

Matt Katz (moderator) reports on air at WNYC about immigration, refugees, and national security. Katz formerly covered New Jersey Governor Chris Christie for more than five years. In 2015, he and a team from WNYC won a Peabody Award for their coverage of Christie and the Bridgegate scandal. Read his recent Times profile of Congolese immigrant Andre Twendele here.

Ravi Ragbir is a NYC immigrant rights activist who has helped hundreds of people as an organizer and now as the Executive Director of the New Sanctuary Coalition of New York.  He works directly with those who are facing deportation to empower them to struggle to remain in the US. In the last year, Ravi has developed a clinic that brings together immigrants who are facing deportation and who do not have lawyers with volunteers who assist them in getting ready for their court cases. Ravi has first-hand knowledge of the deportation system because he is facing removal. He is fighting to remain here with his family, friends and supporters. 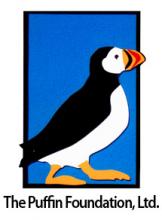 An outdoor screening of the classic 1982 punk-rock film "Smithereens" with an introduction by director Susan Seidelman.
For Adults Friday, October 1, 3:00pm

Curator Walking Tour- Radicals of the Lower East Side

A walking tour exploring the radical history of the Lower East Side with MCNY Curator Sarah Seidman.
See All Events