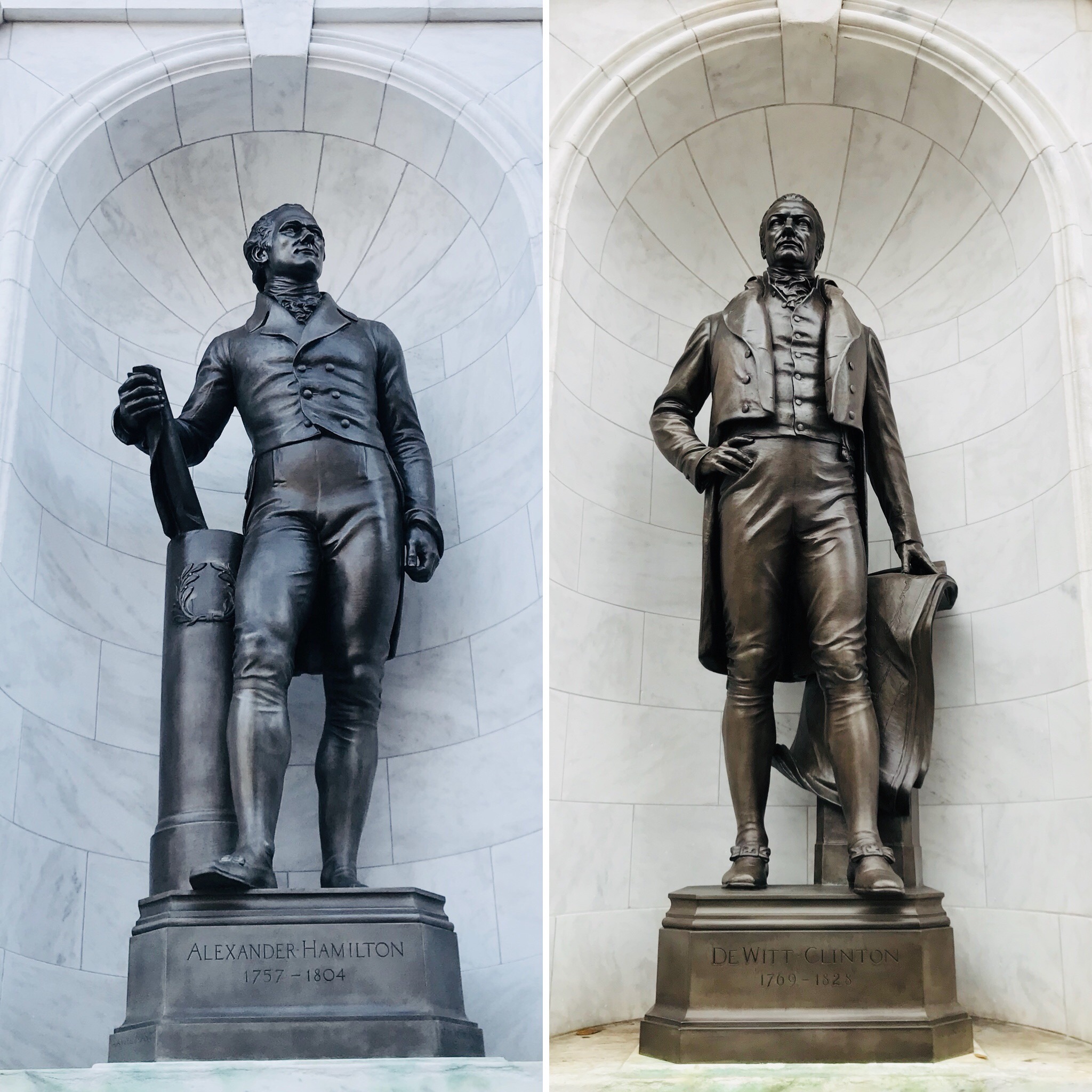 Alexander Hamilton and DeWitt Clinton Are Back!

After standing in the niches of the Museum’s facade since 1941, the bronze statues were long overdue for facelifts. They received some much-needed conservation, and now the statues have returned back home as good as new!

Watch the video of their triumphant return below, and visit New York at Its Core to learn how these two important New Yorkers shaped the future of both the city and the United States.

Watch a special behind-the-scenes look at the conservation process.

Check out footage of the statues flying through the air as well as some historical background on why these two are such integral parts of NYC history.

New York [will be] the great depot and warehouse of the western world. 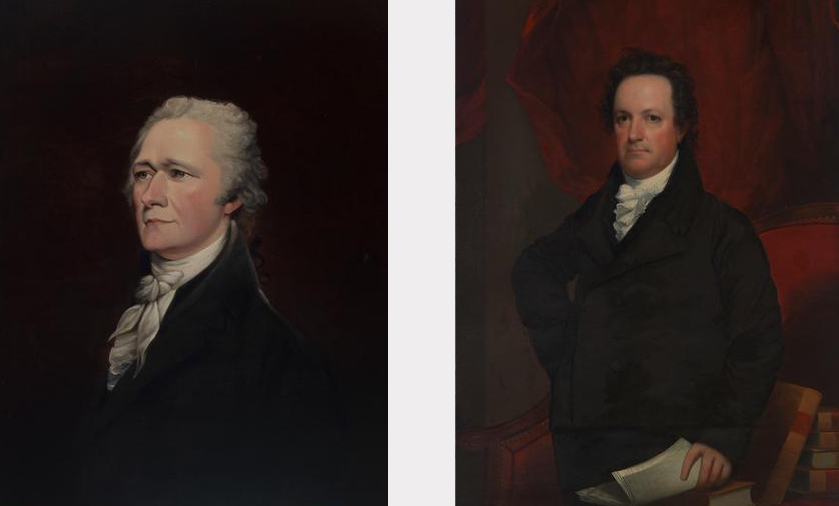 Why are Alexander Hamilton and DeWitt Clinton on the Museum's Façade?

Sculptures of these legendary New Yorkers have been standing in the niches of the Museum’s façade since 1941. Curator Steven Jaffe explains how they shaped the future of both the city and the United States.
City Artifacts Thursday, August 10, 2017

Conserving the Adolph Alexander Weinman Sculptures on the Museum’s Façade

It’s not every day that collections care at the Museum involves a giant boom crane and a forklift. Learn about the effort to clean and conserve the sculptures of Alexander Hamilton and DeWitt Clinton.
Landmarks Tuesday, June 14, 2016

Towards the end of his career, Alexander Hamilton wrote to his wife, Elizabeth Schuyler Hamilton, about a “sweet project” he was planning, with which she would be pleased.
See All