He told her she could “guess and guess again,” but that he would let her in on his “scheme” when they next saw each other.

Now that Alexander Hamilton has been restored as one of the most talked-about New Yorkers, reminders of his footsteps through the city are cropping up all over the grid. He's also a featured personality in New York at its Core, where visitors will have the opportunity to “meet” him through an innovative interactive storyline that highlights his founding of the Bank of New York, a central aspect of the city’s recovery after the devastation of the Revolutionary War and British occupation.

Hamilton’s impact on New York City was deep and long-lasting. In addition to establishing the Bank of New York and resurrecting Columbia College, he advocated for the city through his role as the first Secretary of the Treasury.  A physical reminder of Hamilton’s presence remains in Harlem in the form his “country” estate, The Grange, although it has moved a couple of times over the last 200 years in response to our growing metropolis. 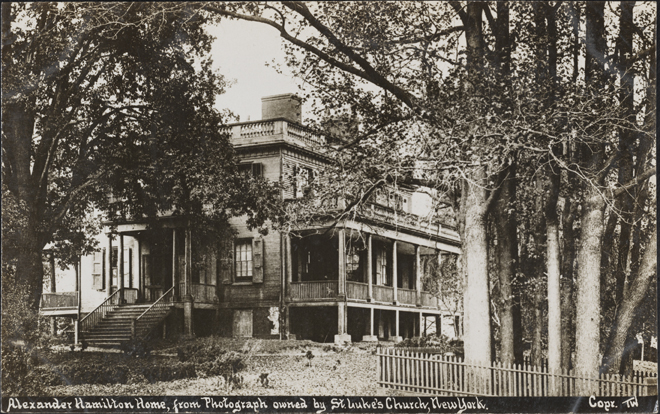 Towards the end of his political, financial, and legal career, Alexander Hamilton wrote to his wife, Elizabeth Schuyler Hamilton, about a “sweet project” he was planning, with which she would be pleased.  He told her she could “guess and guess again,” but that he would let her in on his “scheme” when they next saw each other.  Hamilton’s plan was to purchase land in part of upper Manhattan about nine miles above the city limits of the time, and to commission a country home.  The Federal-style home was designed by John McComb, Jr., and Hamilton named the estate “The Grange” after his family’s ancestral home in Scotland.  The Grange was finished in 1802 and Hamilton lived there for just two years, until his death-by-duel in 1804.

Hamilton’s widow sold the home in 1833 and moved downtown.  By 1889, the Grange had fallen into disrepair and was set to be razed to make room for the expanding city grid.  The estate sat on what was to be 143rd Street – the street would have run right through the house’s northwest corner.  Luckily, St. Luke’s Episcopal Church, in the midst of relocating from Greenwich Village, acquired the house and moved it a half block east and two blocks south, out of the way of the city’s bulldozers.  The home’s original porches and staircase were removed for the move; the original front entrance was boarded up; and a new entrance was added to the side of the house, which now faced the street.  St. Luke’s used the house for various purposes and built an adjacent church building that nearly touched The Grange’s front porch. 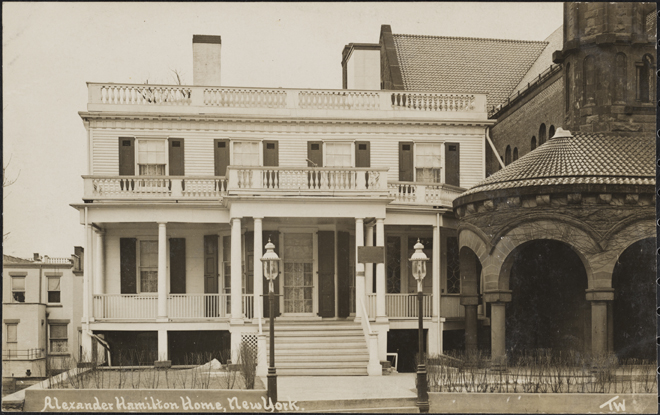 In 1924 the American Scenic and Historic Preservation Society purchased The Grange and turned it into a museum, complete with furniture and decorative objects associated with the Hamilton family.  The house changed hands yet again in 1962, after being purchased by the National Park Foundation and transferred to the National Park Service.  The same year Congress designated The Grange as a National Memorial, with the caveat that it be relocated, again, and restored to its original condition.

The second relocation didn’t occur until about 45 years later, in part due to local opposition to moving the home from its spot on Convent Avenue in the eponymous Hamilton Heights neighborhood.  Residents were afraid the move would effect the character of the community.  Officials decided to move The Grange to nearby St. Nicholas Park, where the home would remain within the original 32 acres of Hamilton’s estate, and where its original features could be restored.  The Grange temporarily closed in 2006 – the home was moved one block south and one block east in June 2008 – and in September 2011, it finally re-opened to the public..  The house is oriented in a different direction, allowing for a better view from the street, but otherwise its original characteristics have been restored, including the addition of 13 sweet gum trees – the same variety that Hamilton had planted to represent the original 13 colonies.  Perhaps Hamilton already had these trees in mind when he referred to The Grange as his “sweet project!” 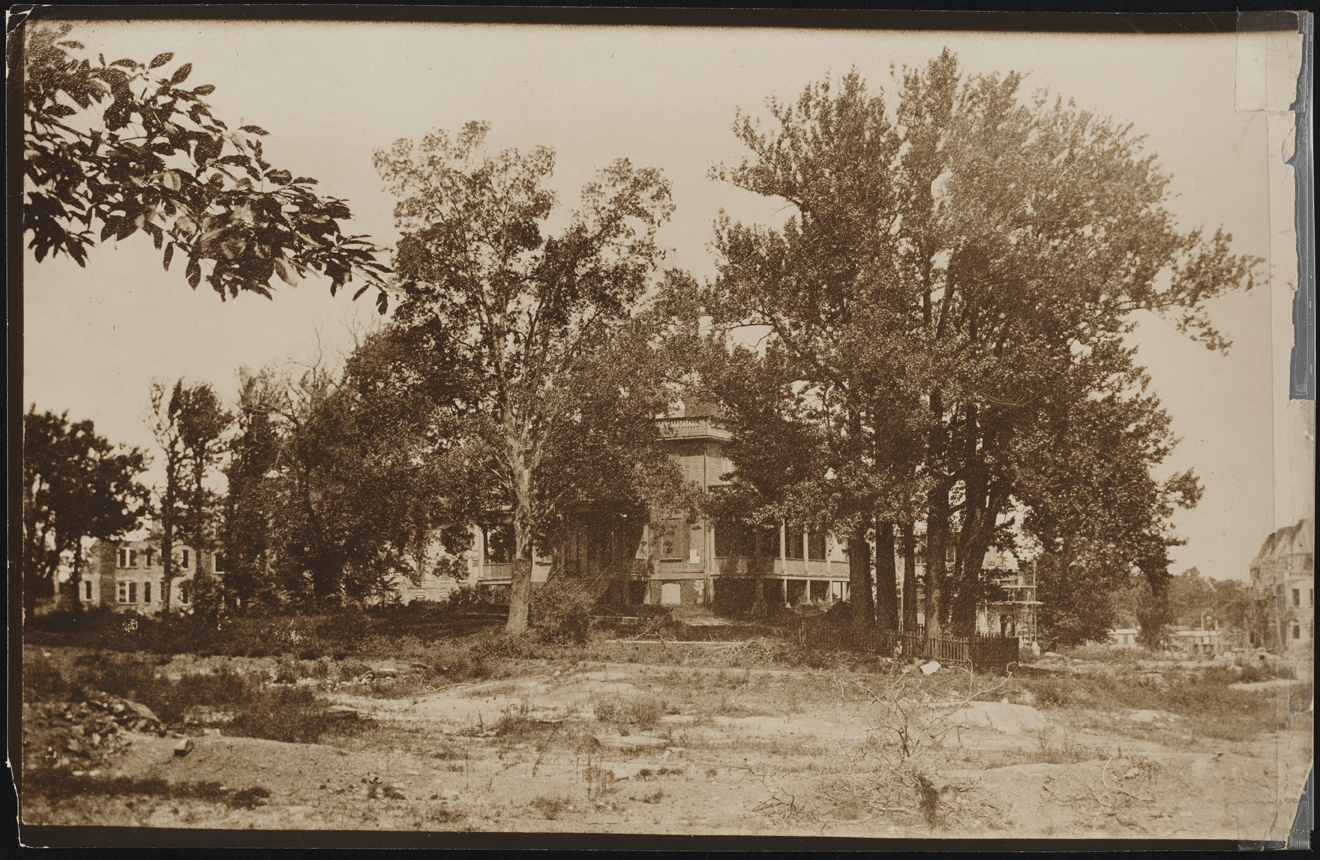 On a hot August afternoon last summer, I left the office early and caught the 5 train north. My objective was to locate the site of the Ursuline Convent in what had once been the rural village of Melrose, and was now the heart of the South Bronx.
Behind-the-Scenes Tuesday, August 2, 2016

High on a shelf of the legendary Russ & Daughters Appetizing store was an object that perfectly encapsulated the story of New York at Its Core, and a tool that helped launch a 100-year old business.
Behind-the-Scenes Tuesday, October 25, 2016