On February 11, 2020, the Museum was honored to present the inaugural Gotham Icon Award to KAREEM ABDUL-JABBAR and OWEN D. THOMAS. The Gotham Icon Award celebrates individuals who have paved the way for the next generation in their respective industry.

Guest of the event drank and dined under the breathtaking Starlight chandelier, and danced the night away at our Post Game Party all in celebration of the game of basketball and the players who have shaped it. Guests also enjoyed a sneak peek of the Museum's blockbuster exhibition, City/Game: Basketball in New York.

The evening was hosted by ESPN Studio Anchor, Michael Eaves.

The Museum of the City of New York's annual winter event is a celebration of the past year and a welcoming of the new year. This evening of dinner and dancing raises funds for the Museum's exhibitions, public programs, and education programs that serve over 50,000 students and teachers. 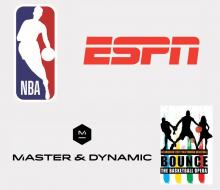