Past Event: Cartooning the New Reality

Due to the visibility of their work, political cartoonists have been at the forefront of responding to Donald Trump's presidency. Published in newspapers, magazines, and online forums, these artists have already been responsible for creating indelible images of President Trump and commenting on his vision of the world. Join us for a discussion with some of today's most thoughtful -- and provocative -- cartoonists and artists.

This program is co-presented by PEN America.

Activist New York is the inaugural exhibition in The Puffin Foundation Gallery, which is dedicated to the ways in which ordinary New Yorkers have exercised their power to shape the city's and the nation's future. 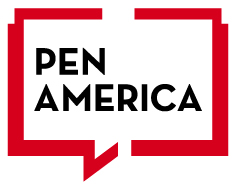 Put your knowledge of the NYC to the test at our virtual Trivia Night co-hosted with the Gotham Center for New York City History.
Classes & Workshops Tuesday, March 16, 9:30am

See highlights from the Museum’s graffiti art collection to learn about this dynamic and homegrown artistic movement in New York City’s history and create your own sketches.
See All Events