The Museum connects the past, present, and future of New York City, by documenting, celebrating, and interpreting its distinctive character through exhibitions, programs, and collections.  However, now and then, the Museum has the opportunity to bear witness to the city’s historic events as a more active participant.  This past Saturday night, New Year’s Eve, the Museum was honored to serve alongside the Governor, the Metropolitan Transit Authority, and many of the city’s other cultural institutions, labor unions, and civic and municipal  organizations as the host committee of the inaugural Second Avenue Subway ride.

The New York City subway system remains one of the oldest in the world, one of the longest, and one with the most stations. The Museum’s collections hold a trove of artifacts and images related to the city’s long history of mass transit, ranging from souvenir spoons to the first New York City subway ticket sold. The first ticket is currently featured in the Museum’s recently opened landmark exhibition, New York at Its Core.

Entrance to Second Avenue Subway at 72nd Street, December 31st, 2016. Photo by the author for the Museum of the City of New York 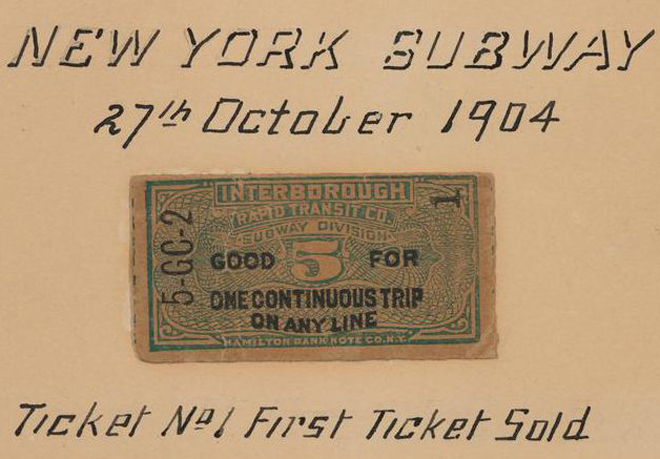 The present day subway system officially opened on October 27, 1904, as the Interborough Rapid Transit Company (IRT), with a nine mile track that ran between Brooklyn Bridge and 145th Street.  In 1915 the Brooklyn Rapid Transit Company (BRT) — later the Brooklyn-Manhattan Transit Corporation (BMT) — began subway service between Brooklyn and Manhattan. In 1932 the city opened the Eighth Avenue line, under the Independent Rapid Transit Railroad (IND), the first city-run subway system. While the 1904 subway (IRT) was not the first attempt at underground transportation in this city, it has remained in continuous operation, and was eventually purchased along with the BMT and merged with the IND under the city’s operation in 1940.  The city continued to acquire bus and trolley routes through the 1940s, and in 1953 incorporated as the New York City Transit Authority, known today as the Metropolitan Transit Authority (MTA).

Following the completion of the Sixth Avenue IND line in 1940 and the onset of World War II, major subway expansion largely slowed.  Connections between lines and stations were improved, and 29 new stations were opened and routes extended along existing abandoned railway track. Though additional lines and routes were proposed, few were ever realized.  The map below from 1948 shows a system that does not appear all that different from what was in operation through the end of 2016. 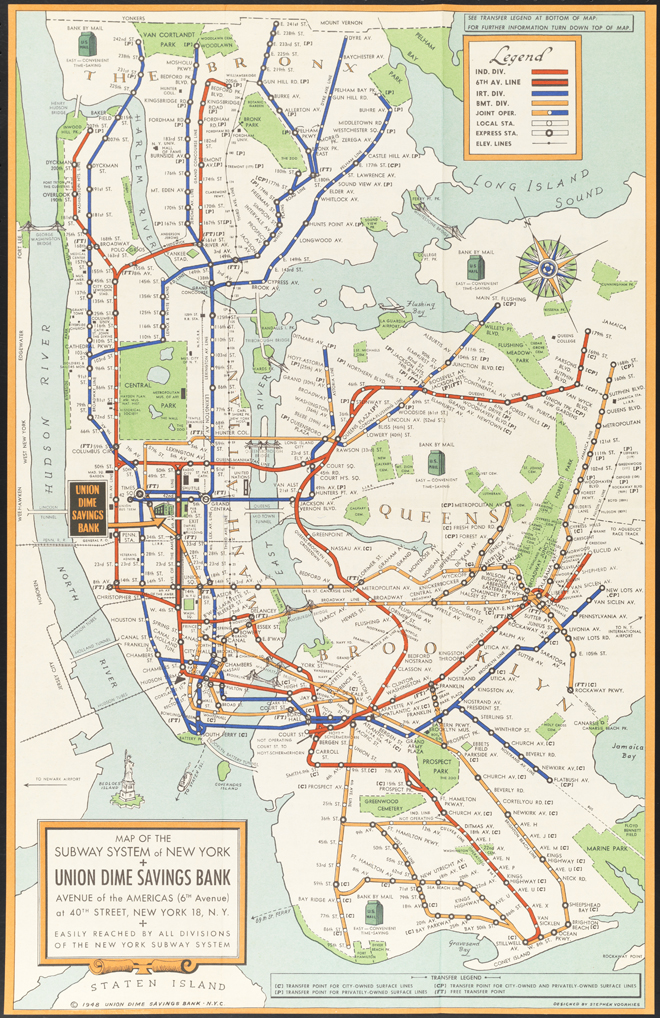 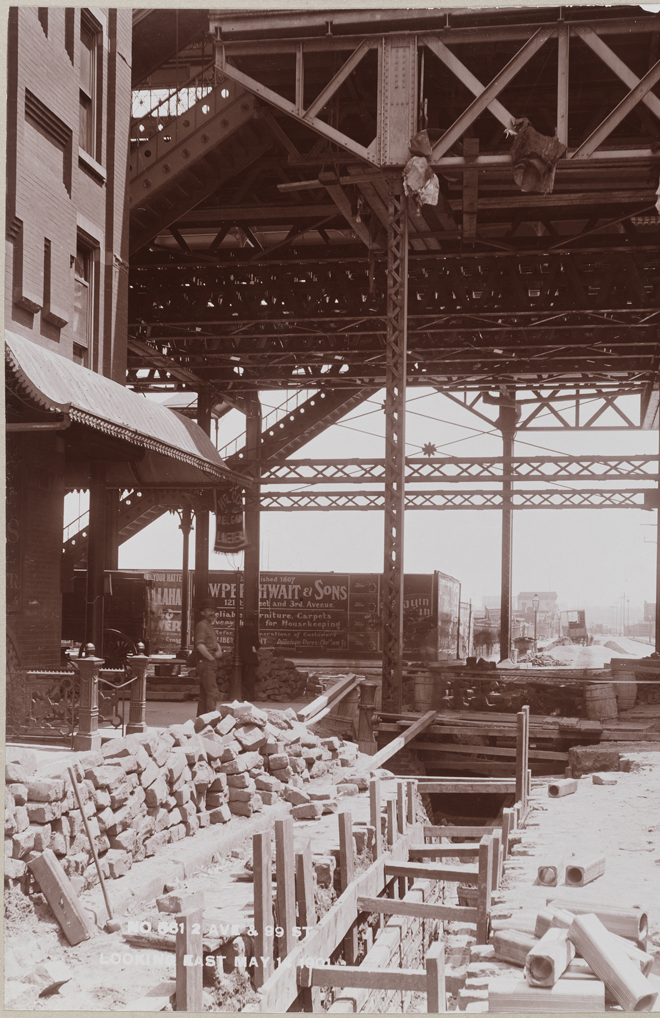 One such expansion was the Second Avenue Subway, originally proposed in 1919. The planned line was later intended as a replacement for the Second and Third Avenue Elevated lines which were demolished in the 1940s and 50s.  Planning and work has proceeded in fits and starts throughout the last 100 years.  The late 1940s saw the delivery of subway cars specially designed for the yet to be built Second Ave Subway line.  Construction commenced in the early 1970s, but was stalled due the city’s major fiscal crisis.  Finally, the city broke ground in 2007 to begin this most recent initiative, and Phase I of the Second Avenue Subway officially opened to the public on noon, January 1, 2017, extending the Q line from 63rd Street to 96th Street.

Representing the largest expansion to the subway system in 50 years, the Second Avenue line is eventually planned to extend all the way up to 125th Street, where it will meet up with the Lexington Avenue 4/5/6, and travel all the way down to Hanover Street in Lower Manhattan.  Stations currently open – 63rd, 72nd, 86th, and 96th – feature the work of a number of well known artists, including Chuck Close, Sarah Sze, Vik Muniz, and Jean Shin.  The expected timeline for Phase II, the 125th St extension, is estimated to take up to a decade.  While we all wait to see what happens next, learn more about the city’s history of public transportation by visiting New York at Its Core. 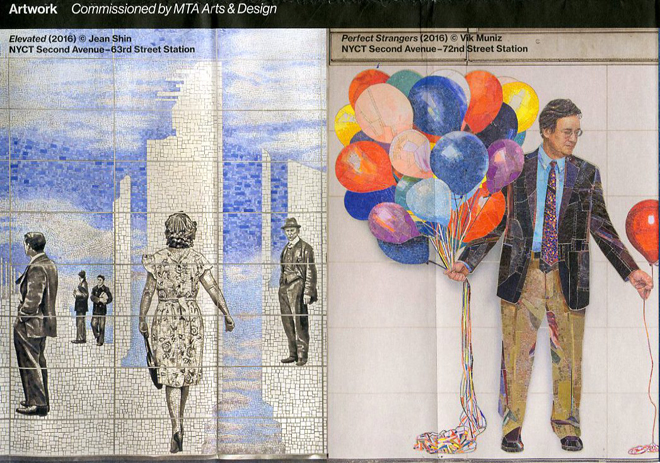 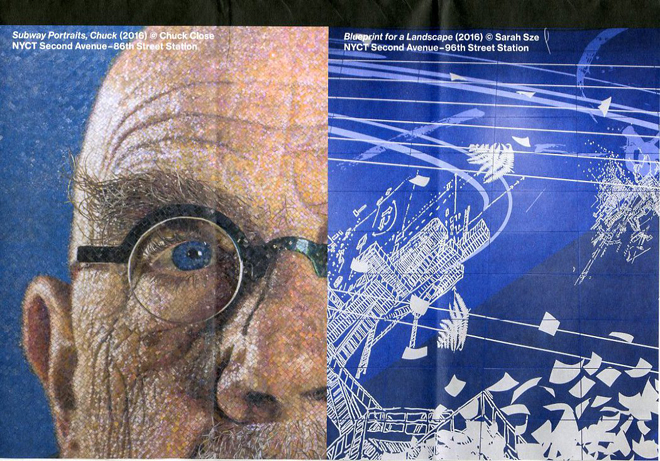 In celebration of the subway transfer at Broadway-Lafayette station, we put together a collection of images that show the construction and evolution of the New York City subways.
City Artifacts Tuesday, September 18, 2012

The story of a forgotten transit line, one powered entirely by forcing air through a tunnel.
Behind-the-Scenes Tuesday, October 11, 2016

Introducing The Future City Lab, a new space where visitors will explore solutions for various challenges the city faces.
See All