By the time you read this, there will have been a major improvement in the subways of New York City. If you don’t  ride the B, D, F, or M subway lines daily you might not be aware of an amazing addition to the Broadway-Lafayette subway station that’s opening today. For the first time since the station opened it will now be possible to transfer from the B, D, F, or M train to the uptown 6 at Bleecker Street without having to leave the station and pay for another ride on your Metrocard.

While transferring to the downtown 6 was a breeze, transferring uptown meant going above ground, where one could often find commuters wandering aimlessly in the triangle between Bleecker, Lafayette, and Houston, desperately looking for the entrance to the uptown 6.  According to the New York Times, the Broadway-Lafayette station is the sole example of a one-way transfer, making it unique amongst the 468 stations in MTA’s system. For examples of other transfer oddities and issues in the NYC subway system go here.

In this map, you can see the small hump between Spring and Bleecker, indicating that the subway tracks did not connect. The exact reason for this is unknown, but there were many contributing factors including the fact that the Broadway-Lafayette and Bleecker Street stations were under control of the competing Interborough Rapid Transit Company (IRT) and the Independent Subway (IND). The city consolidated the IRT, IND, and the Brooklyn-Manhattan Transit (BMT) subway companies in 1940 and constructed the downtown transfer shortly thereafter in 1947. The uptown transfer was further delayed because the platforms for the 6 train did not face each other. (The New York Times has a lovely graphic of the construction here.)  The project to ameliorate this problem began in 2005; after seven years and  a lot of money the humps and oddities have been smoothed over to make a more streamlined system…at least at this station. For the approximately 11,000 people who transfer here daily, it’s a long time coming.

In celebration of the opening we  put together a collection of images that show the construction and evolution of the New York City subways: 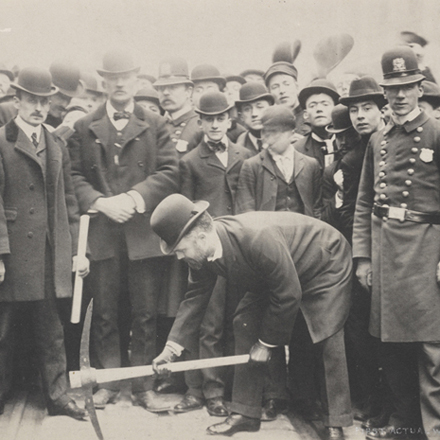 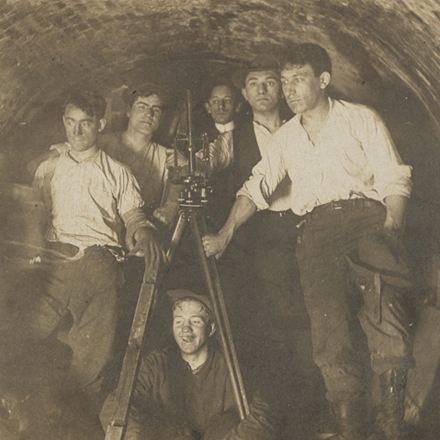 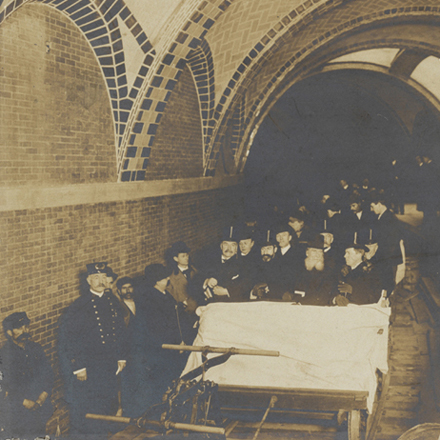 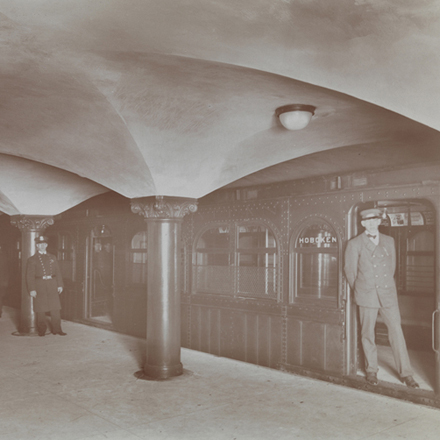 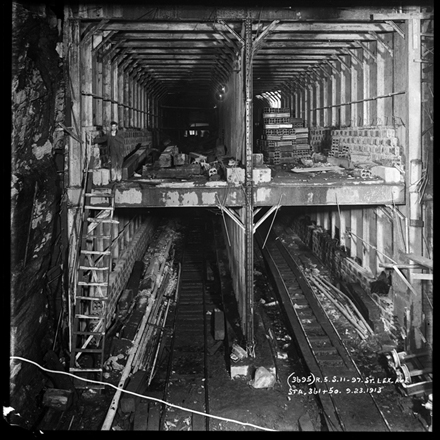 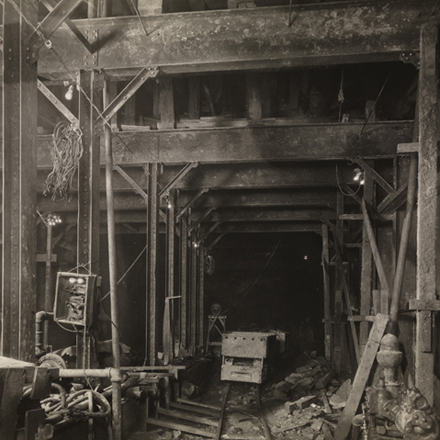 Below, a worker doing above-ground work on the B, D, F, and M line. Even though the clothes, equipment and backdrop have radically changed from the earlier images of the first subway workers , the work remains much the same:

From the elegance of the very first, and now abandoned, City Hall station to the comfort of the El station and finally to the utilitarian designs of the present Canal Street station the evolution of subways stations is a topic in and of itself: 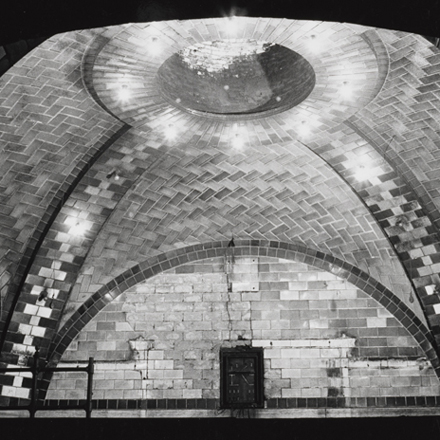 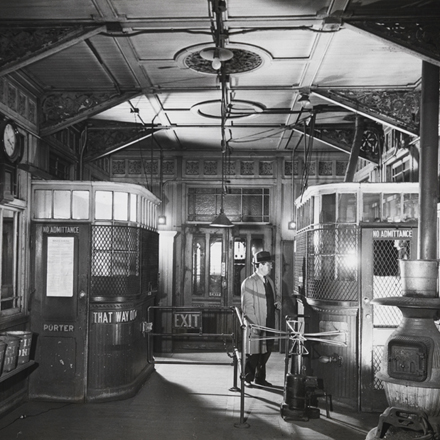 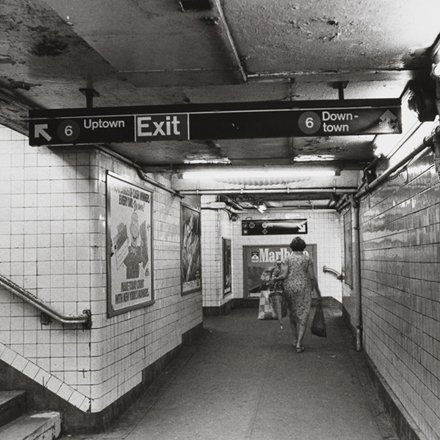 We’re intrigued to see what happens next to our subways.

Click on this links to view more images of subway scenes and tunnels from the Museum’s collections. These images are all available in various sizes as museum quality archival prints. If you see something you want to hang on your wall, email us at reproductions@mcny.org