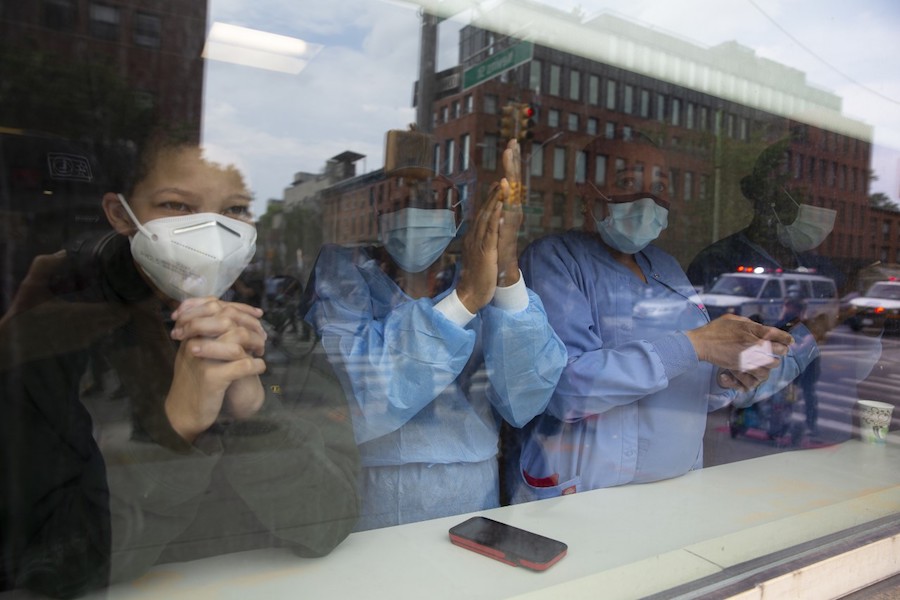 The Movement for Black Lives grew out of the #BlackLivesMatter hashtag that emerged in 2013, building on a long history of Black-led organizing in New York City and across the country. During the events of 2020, it became more widespread, multiracial, and intersectional than ever before. In addition to the massive protests against police violence, during the pandemic activists used varied means of organization, political expression, and fundraising to push for a future in which Black lives would truly matter.

The photographer explains, “This photograph was taken at Fifth Avenue at 14th Street, in front of New School, where a large sign placed in front of what appeared to be a homeless encampment caught my eye. The sign connected the issue with the victim: people living on the streets because the system may have failed them. The system may have failed them because of injustices. If the injustices could be corrected so could so many other issues. This would impact all New Yorkers.” 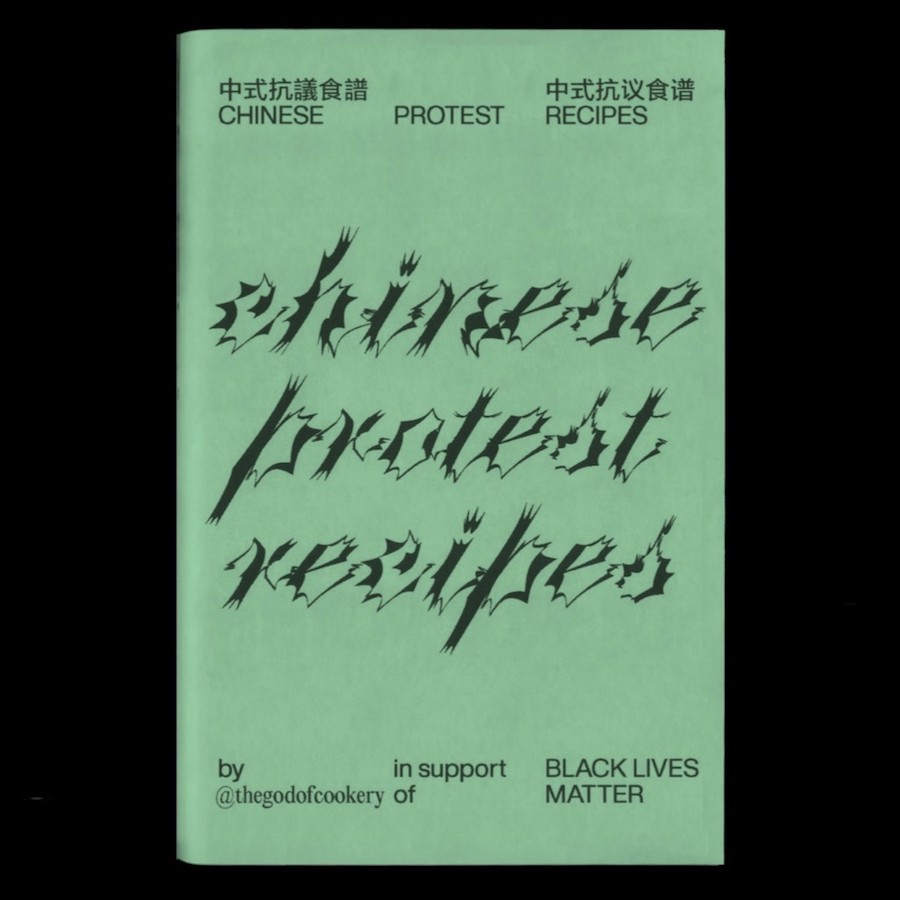 Clarence Kwan, one of the creators of this book of recipes, explains “Chinese food is my life. My family grew up in Chinese restaurants, my grandfather was a master chef, and I work at a Chilnese BBQ shop part-time on weekends. My day job is in social impact. I lead creative teams at an NYC based, Black-led agency that examines the relationship between people, power, and social change to transform our politics and the economy.

“Since this uprising began, I’ve been using my platform to help raise awareness about white supremacy in food. I couldn't stay quiet anymore, this racial pandemic has shed light on so many issues that BIPOC deal with every single day. I’ve been protesting thought one thing I know: Chinese food.”

The photographer writes, “Along the route of many of the protests that I covered all summer, I always paid close attention to the people on the sidelines, observing, watching, cheering, supporting. They felt just as much a part of the protests to me as the people actually marching.

“I took this photograph on Atlantic Avenue near Nevins Street in Brooklyn. I saw four people inside of a medical clinic looking out of the window and watching and applauding as a march in honor of Breonna Taylor’s birthday went by. At first glance, I noticed the three nurses in their matching scrubs but was really drawn closer by seeing how their emotional response and expression of gratitude and support was so palpable, despite the barrier of their masks and the window.

"There is more to this image for me than just being about health care workers watching a march pass by.  Since last March, everything I see that is related to the medical world I associate with the pandemic, whether it be nurses or doctors on the street, ambulances, or lines of people in front of clinics. To me, the image conveys that not only are we all 'in this together' because of the pandemic but also now because of the Black Lives Matter movement. Both events created such a powerful feeling of shared experience and unified New Yorkers in such a tangible way.”

"It's a Bird" is a comic book loosely based on birder (and former comics editor and writer) Christian Cooper's encounter with a white woman in Central Park. When he asked her to leash her dog, her response culminated in her calling the police, claiming she was being threatened. His video of the episode went viral and became eloquent evidence of the episodes of racism that Black people face daily.

Later that day, George Floyd was killed in Minneapolis. Cooper and his collaborators wove these two stories together in their comic, as the protagonist receives a pair of binoculars that allow him to learn about the deaths of not only George Floyd, but also Amadou Diallo and Breonna Taylor at the hands of the police. "It's a Bird," which is available for free download, is the first in a new series from DC Comics, called "Represent!"

NY Responds looks at how street art took on a special urgency during the events of 2020.