On Tuesday, October 19th, the Museum of the City of New York hosted its annual Symposium & Luncheon once again. Every year for more than two decades, the Symposium & Luncheon has celebrated the artists and designers who have made New York City the design capital of the world. The Symposium has featured design icons like Cynthia Rowley, Peter Marino, Jacques Grange, Ralph Pucci, Jonathan Adler, and Simon Doonan, amongst many others. 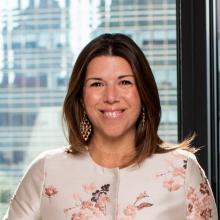 STELLENE VOLANDES
Stellene Volandes is the Editor-in-Chief of Town & Country and the Editorial Director of Elle Decor. She is the author of Jeweler: Masters, Mavericks, and Visionaries of Modern Design (2016) and Jewels That Made History (2020). Before her appointment at Town & Country, Volandes had been style director at the magazine since March 2012, shaping the fashion and society features each month in a role that gave her a significant hand in developing the magazine’s journalistic range and stable of contributors. Prior to being named style director, she served as jewelry accessories director since April 2011. Previously to that, Volandes was style editor for Departures magazine, where she assigned and edited all fashion and jewelry features, having held increasingly senior roles since 2003. Volandes is a graduate of Vassar College, with a Master’s degree in English and Comparative Literature from Columbia University.

ISAAC MIZRAHI
Isaac Mizrahi has worked extensively in the entertainment industry as a performer, host, writer, designer and producer for over 30 years. He has an annual residency at Café Carlyle in New York City and has performed at various venues across the country such as Joe’s Pub, The Regency Ballroom and several City Winery locations nationwide. The New York Times noted, "he qualifies as a founding father of a genre that fuses performance art, music and stand-up comedy." He is the subject and co-creator of Unzipped, a documentary following the making of his Fall 1994 collection which received an award at the Sundance Film Festival. He hosted his own television talk show The Isaac Mizrahi Show for seven years, has written three books, and has made countless appearances in movies and on television. He served as a judge on Project Runway: All-Stars for the series’ entire seven-season run. Mizrahi has directed productions of A Little Night Music and The Magic Flute for the Opera Theatre of St. Louis. Annually, he directs and narrates his production of the children’s classic Peter and The Wolf at The Guggenheim Museum in New York. Mizrahi has his own production company, Isaac Mizrahi Entertainment, under which he has several projects in development in television, theatre and literature. His New York Times Bestselling memoir, I.M., was published in February 2019.

CLINT RAMOS
Clint Ramos is a designer, educator, activist and producer. He is a 5-time TONY Award Nominee and the recipient of a TONY Award for Best Costume Design of a Play for Eclipsed - the first person of color to win in this category. He has designed sets and/or costumes for over two hundred theater, opera and dance productions. Film credits include: Production Design for Lingua Franca by Isabel Sandoval for Netflix; costume design for RESPECT, the Aretha Franklin biopic starring Jennifer Hudson for MGM will be on the big screen in August 2021; and costume design for I Wanna Dance With Somebody, the Whitney Houston biopic coming out in 2022. Clint is the Producing Creative Director for Encores! at New York City Center, is assistant professor of design and Head of Design and Production at Fordham University, and he serves on the American Theater Wing’s Advisory Committee. His lifelong advocacy is for an equitable landscape in theater and film for Black, Indigenous, and People of Color and for the rights of immigrants. 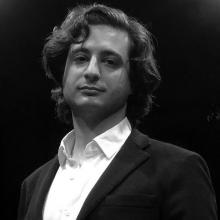 ALEX VADUKUL
Alex Vadukul is a city correspondent for The New York Times and he writes for Sunday Metropolitan and the Obits desk. He has written profiles about New York characters such as Chicken Delicious, a Midtown piano bar player with a past in the occult; Sir Shadow, an enigmatic artist who is one of the last men living in the last flophouse on the Bowery; Angela Mao, a 1970s kung fu movie star who vanished and resurfaced decades later running restaurants in Queens; and Saul Chandler, a violin prodigy who found peace on the waters of City Island. Alex also teaches journalism at The New School University and he is a three-time winner of the New York Press Club award for city writing.

SUPPORT THE MUSEUM OF THE CITY OF NEW YORK

This afternoon luncheon raises crucial funds for the important work of the Museum, from our content-rich exhibitions that celebrate and interpret the city, to field trips and out-of-school time programs offered by our Frederick A.O. Schwarz Education Center, to stewardship of our extraordinary collections. These programs have never been more important, as New York City continues to move forward through the COVID pandemic.