The recently opened Second Avenue Subway, and dreaded closure of the L train in 2019, has all of us at the Museum looking back on the very beginnings of the New York City subway system. Commuting between and in the five boroughs was not always so easy. New Yorkers relied on several varieties of transportation: ferries between Brooklyn and lower Manhattan, horse-drawn streetcars, elevated trains, and even a short-lived pneumatic underground railway. 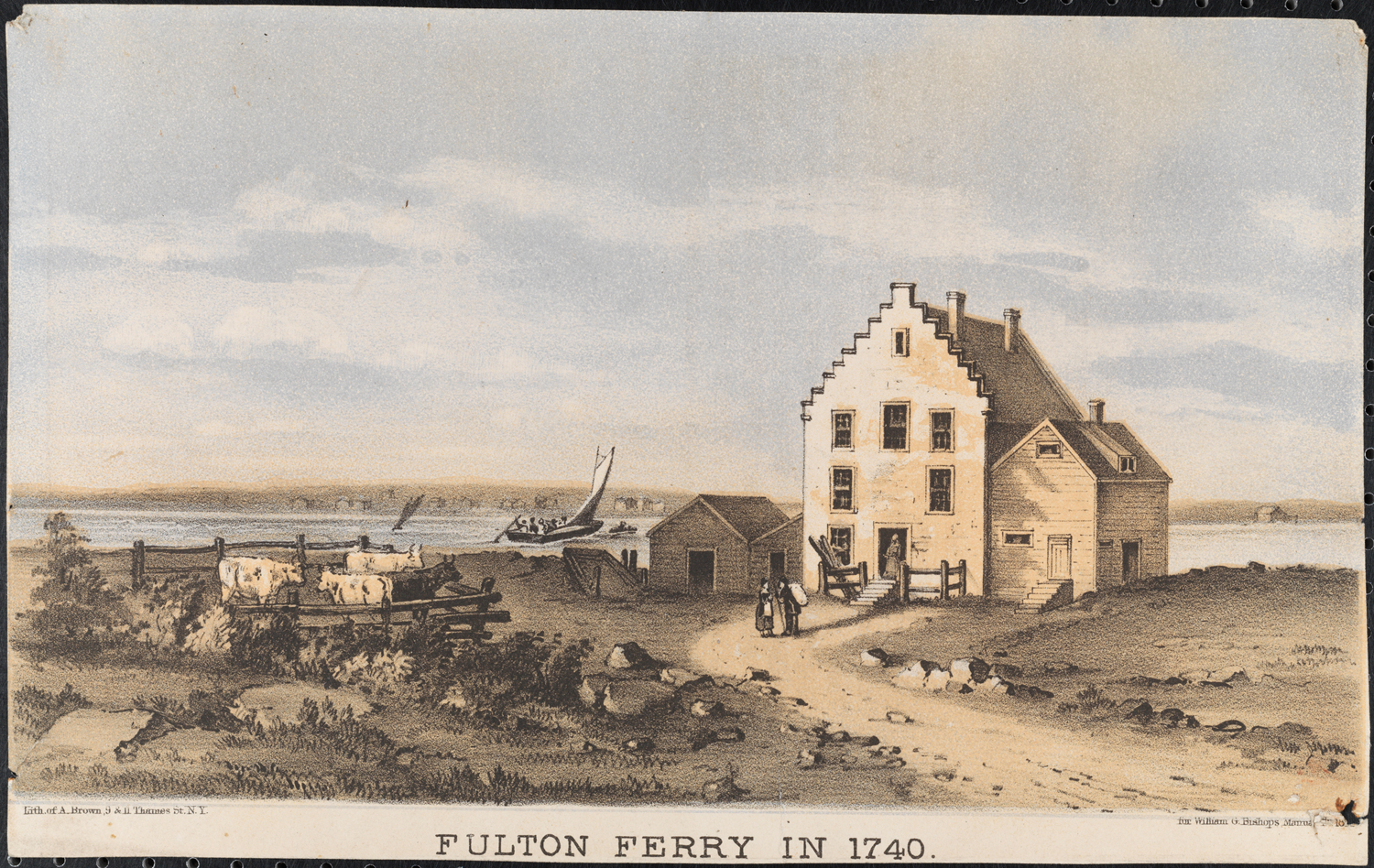 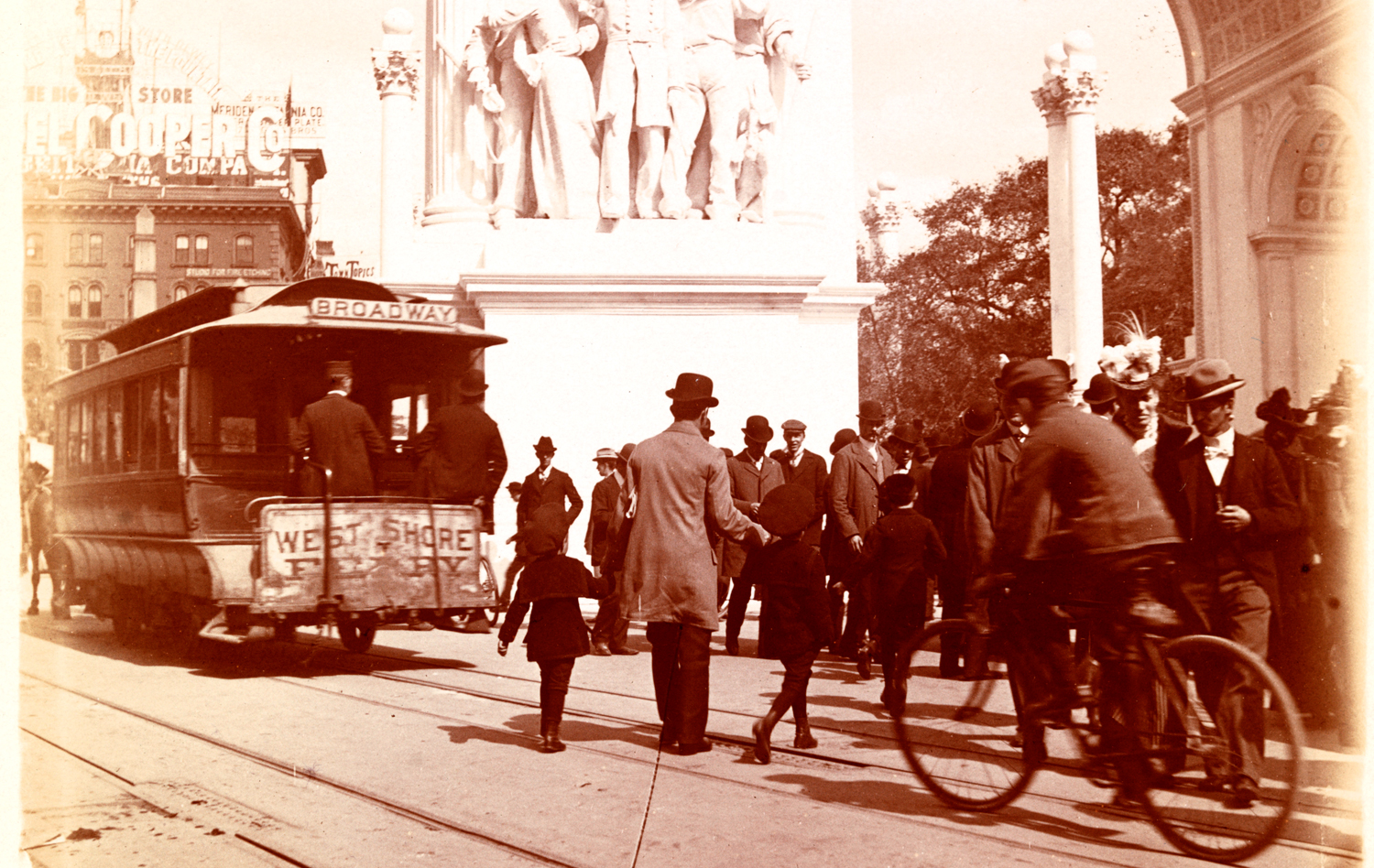 Despite its popularity, the Beach Pneumatic Railroad remained little more than a novelty, but it served as an example of New Yorkers' desire for underground transportation. As the number of people commuting from one end of Manhattan to the other increased, so did the need for additional transportation. 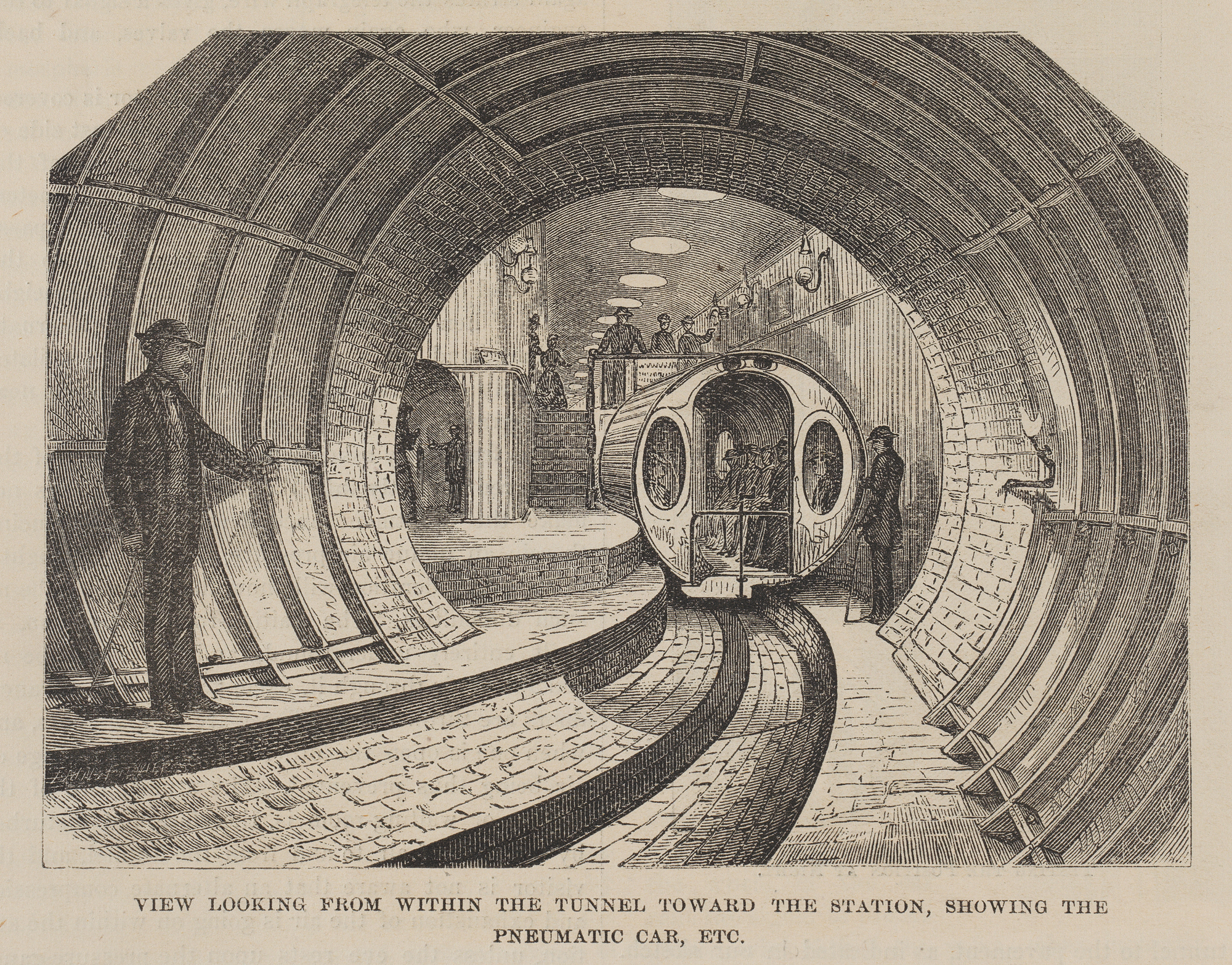 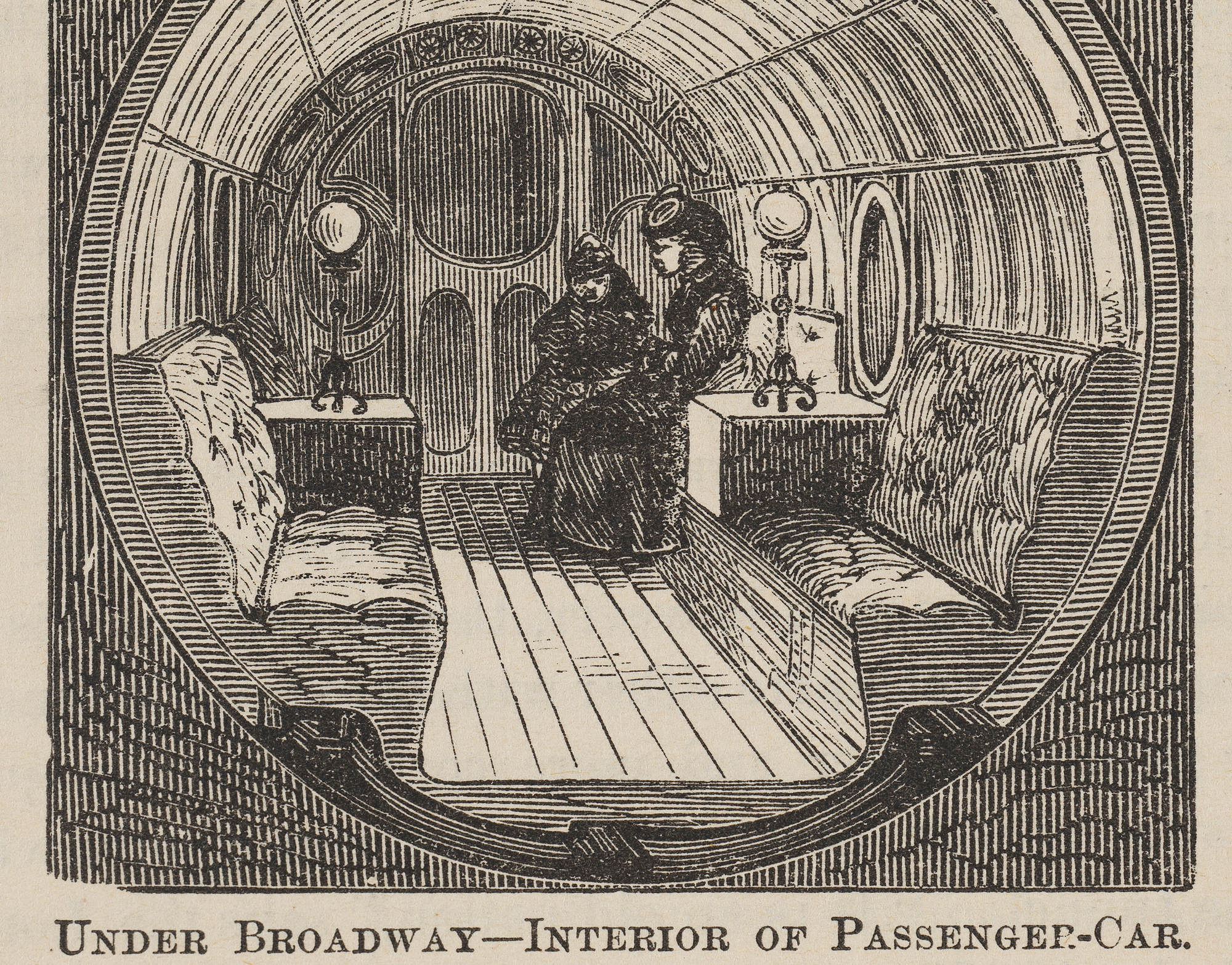 Planning for construction of the new underground railway system began about thirty years before breaking ground. City officials encountered several difficulties in their desire to alleviate above ground congestion, including limits to the debt-incurring power of the city, numerous existing privately owned transportation corporations, as well as the sheer risk of undertaking such a vast engineering project.

In 1891, the Rapid Transit Act was passed, establishing the Board of Rapid Transit Railroad Commissioners, and mandating that the Board was to first design routes and develop a general construction plan. The Board was then to receive consent for construction from property owners and local authorities. Once consent was obtained, from the property owners themselves or the Supreme Court in lieu thereof, the right to build and operate the railroad could be sold at auction to a construction corporation.

Unfortunately, the Board received only one bid that was promptly rejected. It was openly suggested that this was due to opposition from the owners of the elevated railroad, still in operation at this time. In order to move forward, an amendment to the Rapid Transit Act was passed in 1894 granting municipal ownership of the underground railroad. The contractor was to supply all equipment for construction, held in lien by the city, and operate the railroad as a lessee of the city for a period not to exceed fifty years. Construction plans and routes were finally approved by the Supreme Court, and in January of 1900, the Board awarded John B. MacDonald contract for construction of the subway. August Belmont provided the financial backing to complete the construction and organized the Rapid Transit Subway Construction Organization, later named the Interborough Rapid Transit Company.

The contract was formally executed on February 21, 1900, and on March 24, ground was broken for construction at the steps of City Hall. The dip pens used by John McDonald and August Belmont to sign the Interborough Rapid Transit contract follow in the tradition of silver objects engraved and presented in commemoration of a municipal event.

Dip pen used by John B. McDonald in signing the contract for constructing the Interborough Rapid Transit subway on February 24, 1900. Tiffany and Company. Dip Pen with red leather case. February 24, 1900. Museum of the City of New York. 35.225A-B

Dip pen used by August Belmont for the signing of the Interborough Rapid Transit contract on February 24, 1900. Tiffany and Company. Dip Pen with leather case. 1887. Museum of the City of New York. 30.22.1A-C.

Four years later, on October 27, 1904, the first New York City subway system opened to the general public at 5 cents per ride. The 9-mile line ran from City Hall to 145th Street and Broadway. 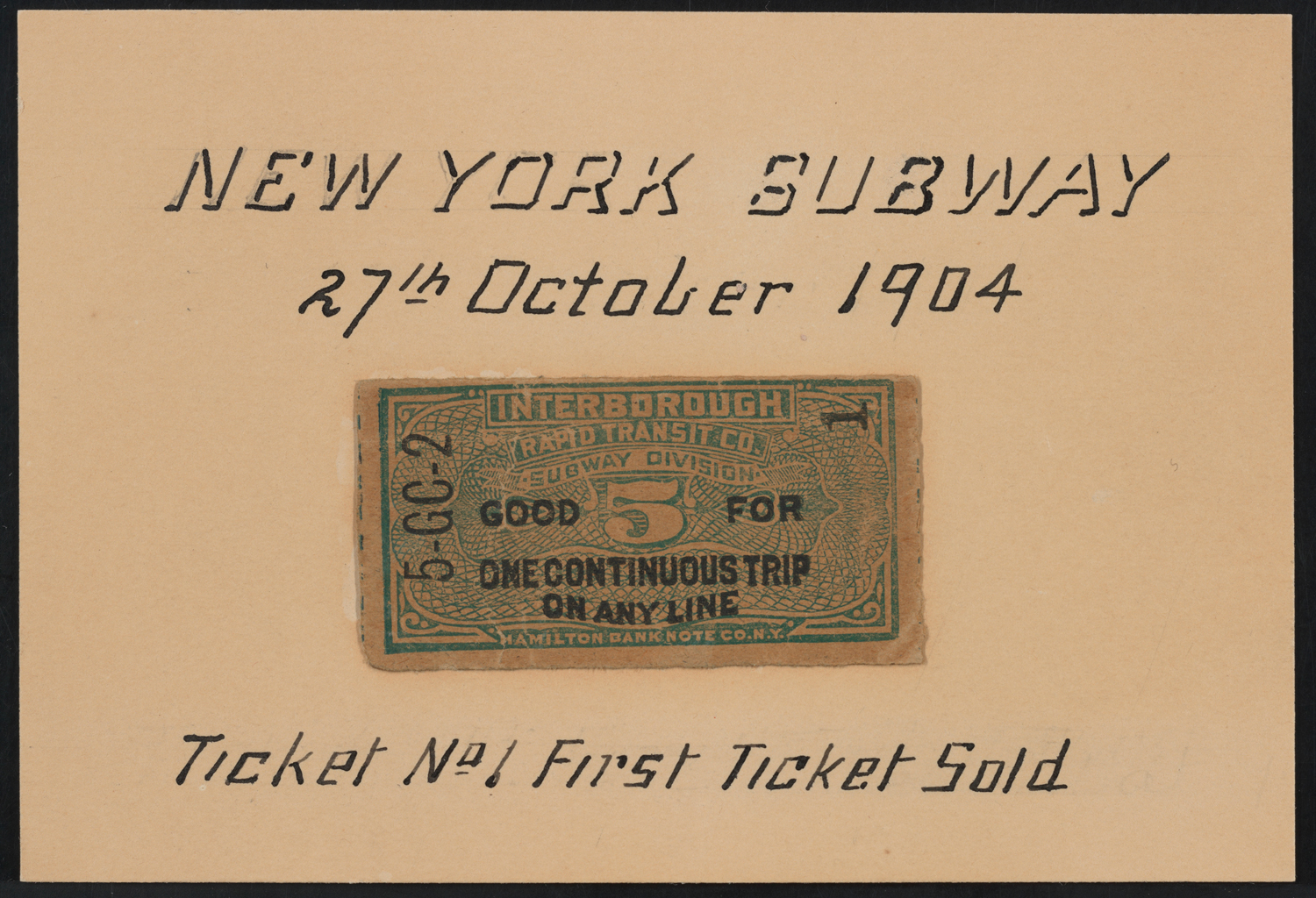 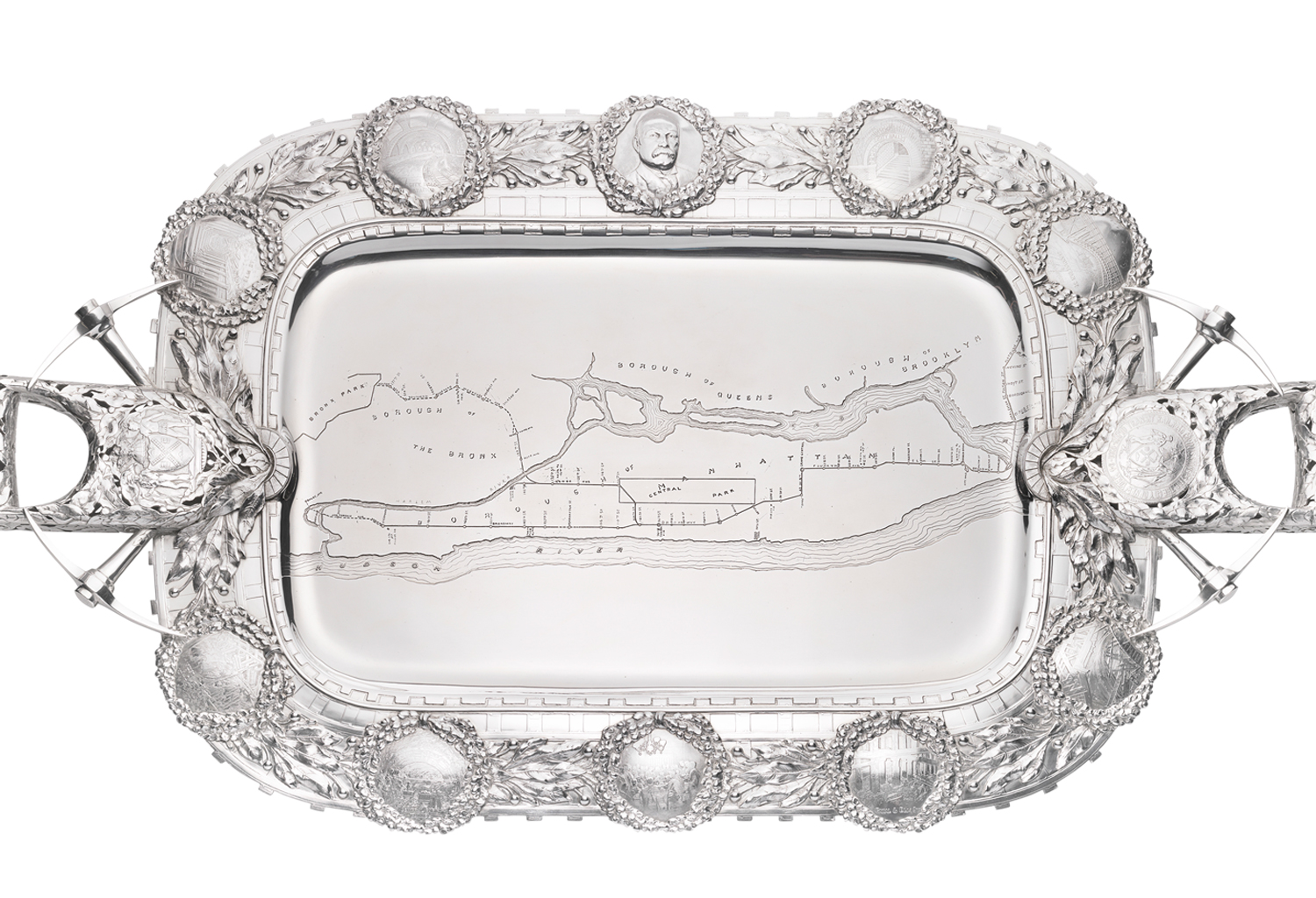 The shovel used to break ground in 1904, currently on display in New York at Its Core, was also created as a presentation piece and later re-used on March 23, 1979, to commemorate the 75th anniversary of the subway's opening. 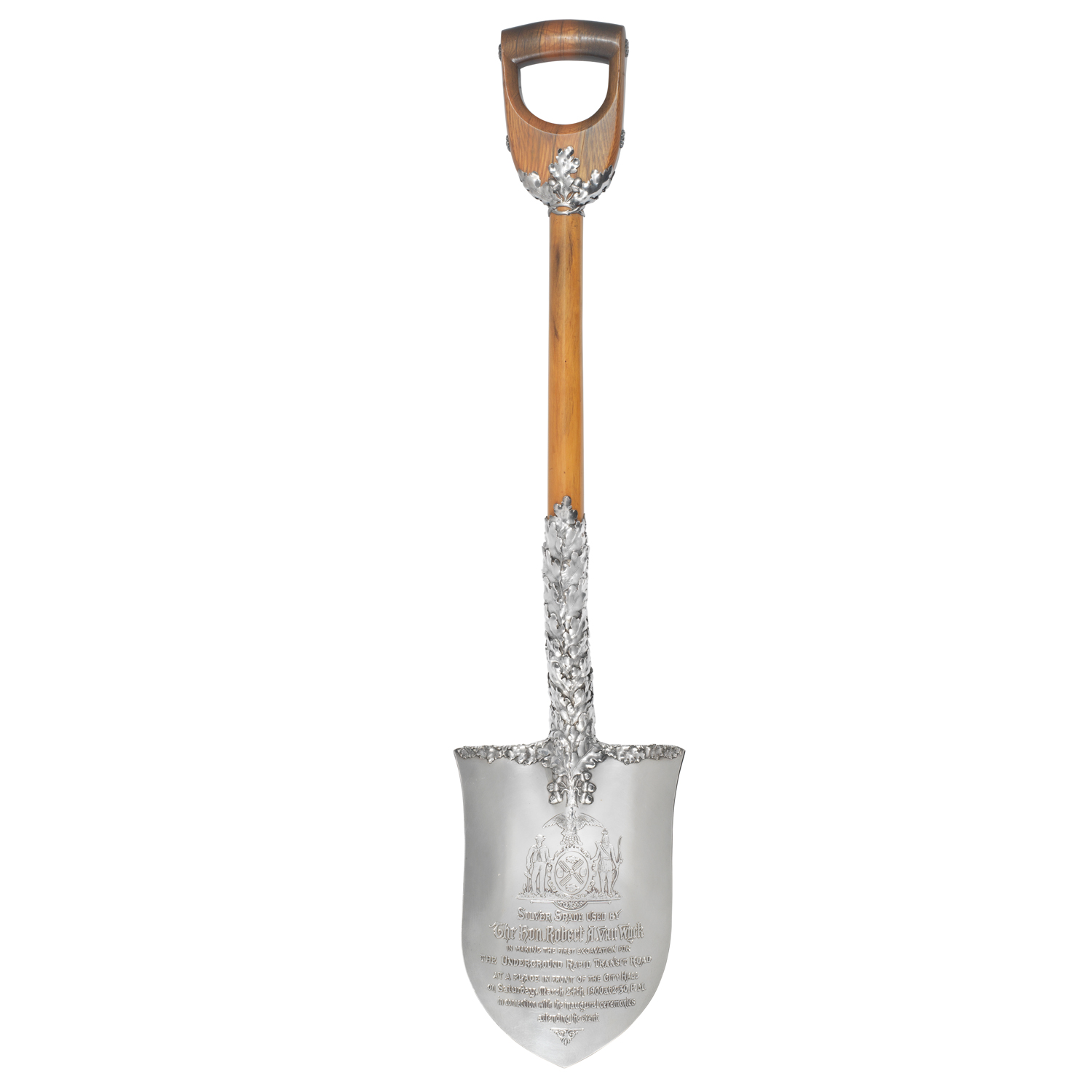 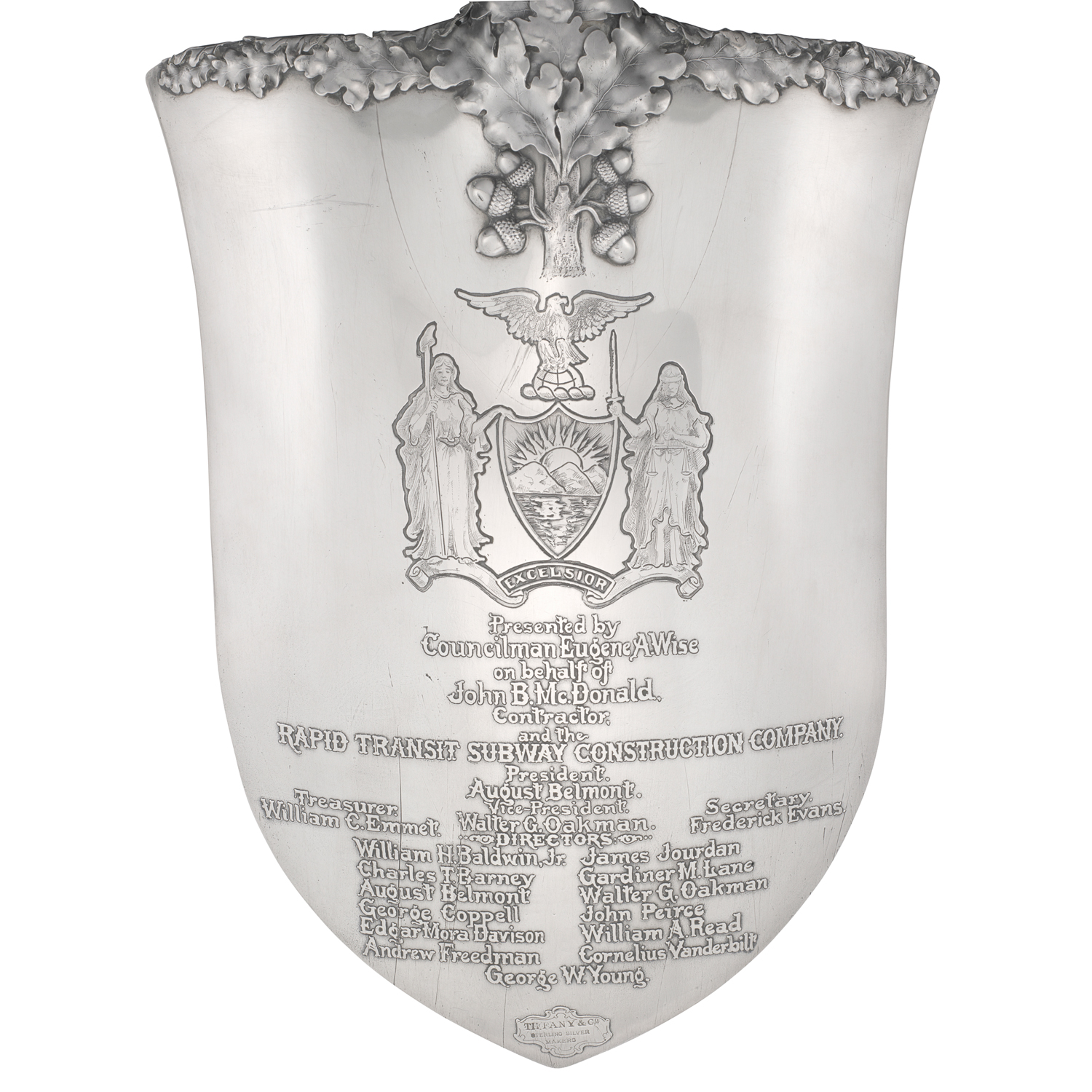