From 1977 until 1980, Martha Cooper worked as a staff photographer for the New York Post. Between daily assignments, Cooper began to document unsupervised children playing amidst the rubble and disintegrating neighborhoods of New York (primarily the Lower East Side). The photographs focus on the activities of children playing and being creative on New York City streets, and largely depict groups of children building toys or playing with found objects in the days before video games and computers. In today’s day and age when unsupervised play in city streets is a rarity, these photographs reflect a time that was not so long ago, but a radically different approach to social norms and child rearing. The Museum of the City of New York recently acquired a selection of twenty photographs from this series for its permanent collection. 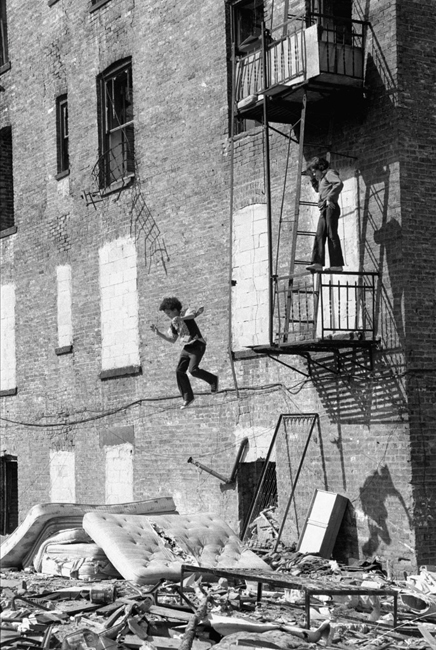 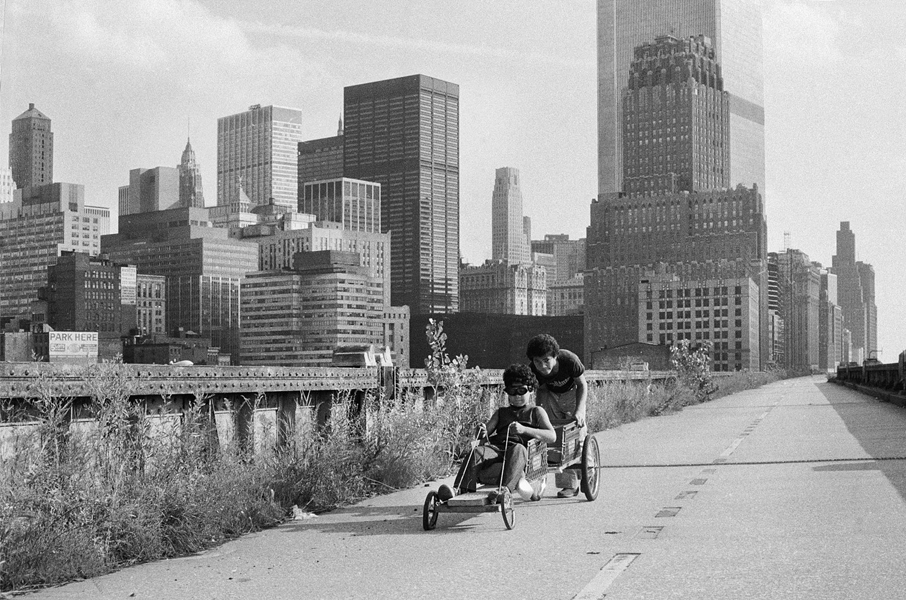 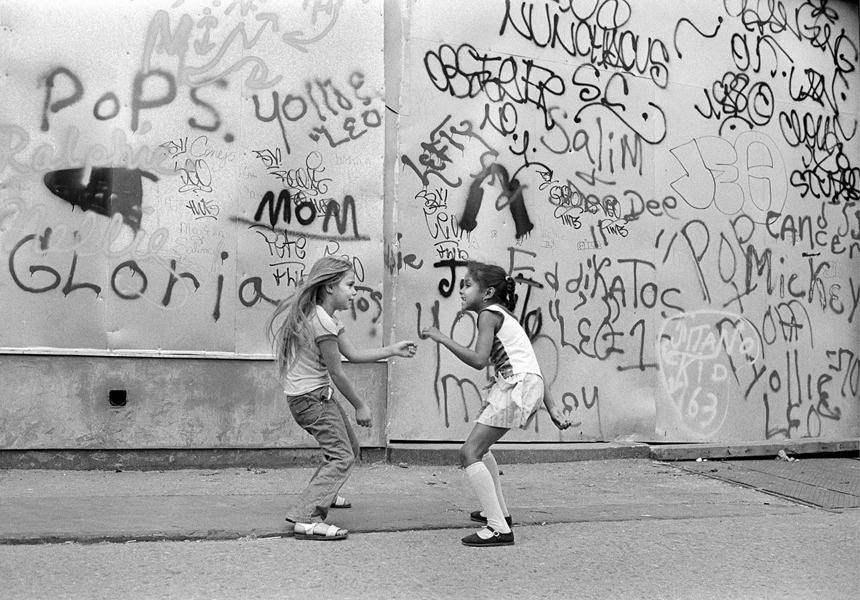 When discussing her street play photographs, Cooper said, “The city’s poorest neighborhoods had the richest street life and my favorite location was Alphabet City, north of Houston Street between Avenue A and D. Back in the 70s the area was undergoing extensive urban renewal…. To an adult’s eye the area was ugly and forbidding, but to a child the abandoned buildings and rubble strewn lots made perfect playgrounds, providing raw material and open space for improvised play. A crumbling tenement became a secret clubhouse, a rooftop became a private aviary, and a pile of trash might be a source for treasure.” 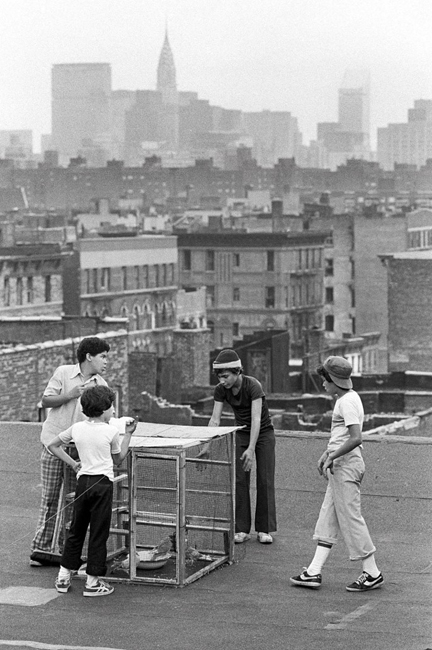 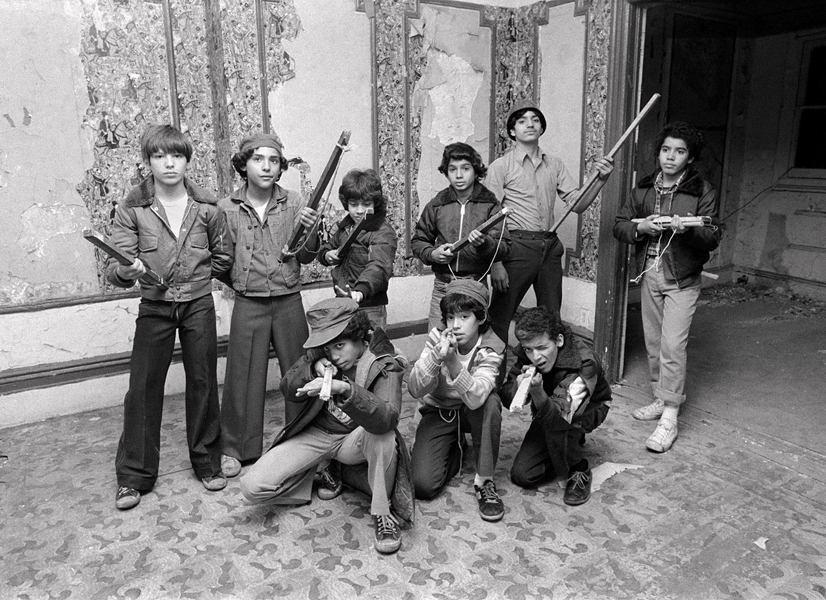 Her interest in creative play eventually led her to meet a child who introduced her to the legendary graffiti writer DONDI (Donald White, 1961–1998). DONDI, in turn, introduced Cooper to the underground world of graffiti. She accompanied writers to rail yards at night, photographing their illicit activities, and waited in vacant lots to capture the perfect shot of a fully-painted subway car as it passed by. The years Cooper spent documenting the graffiti subculture yielded a seminal publication, Subway Art (1984). Produced in collaboration with fellow photographer Henry Chalfant, the book is credited with helping to export graffiti internationally. 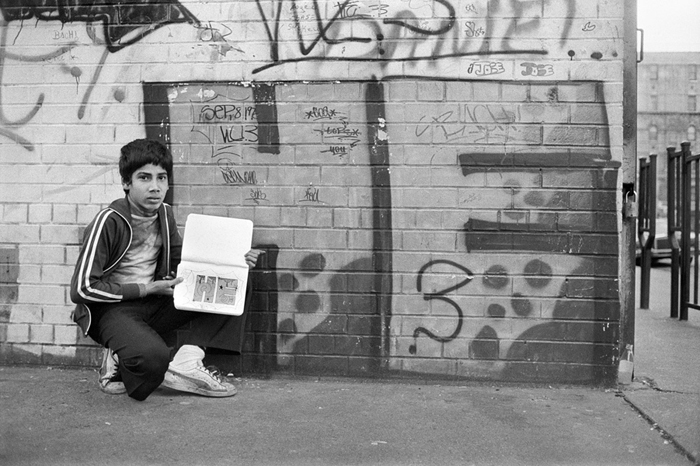 She went on to publish The Hip-Hop Files: Photographs from 1979-1984 (2004) that explored her early years photographing the emerging culture. Cooper has said that because of photographing graffiti, she “happened to be standing at the epicenter of an emerging youth culture that would come to be known as hip hop.” She photographed B-Boys in the city’s streets and parks, documented the earliest hip-hop performances in nightclubs and art centers, and shot images for film productions on the emerging hip-hop scene. With her images appearing in newspapers and magazines worldwide, Martha Cooper helped make hip hop the global phenomenon it is today. She continues to actively photograph both graffiti and hip-hop culture around the world, while working on a long-term documentary project on her native city Baltimore. 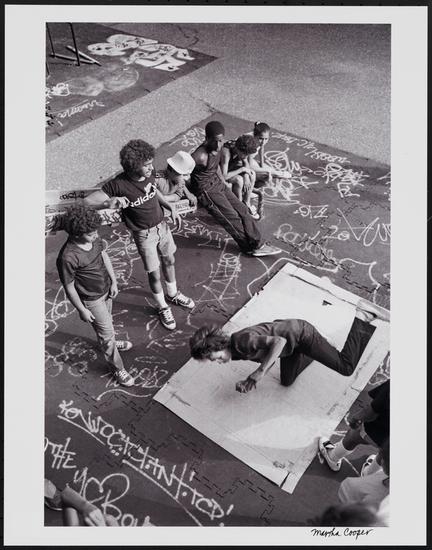 Mel Rosenthal—photographer, educator, activist, and friend of the Museum of the City of New York—recently passed away. We remember the life of this notable New Yorker.
Streetscapes Tuesday, May 17, 2016

Up on the Roof: The Revered, Reviled City Pigeon

There are over 1 million pigeons in New York City and the tradition of urban pigeon keeping is a longstanding one. Explore this history through the Museum collections
City Arts Thursday, July 21, 2011

Stanley Kubrick's 1947 pictorial of Mickey, a 12-year-old boy from Brooklyn who shines shoes for 10 cents a pop.
See All