Knowing how many people live in New York City—or anywhere else in the nation—is more than just a matter of curiosity. Political districts at the federal, state, and local levels are drawn based on population data. So without an accurate count, it is impossible to ensure that people’s votes will have the same weight. The results of the census are also used for federal funding: more money goes to places where more people live. And knowing who lives where and how the population is changing is also critical for long-term planning, as cities and communities try to make informed decisions about where to invest in services like new transportation lines or more schools.

New York City and other urban areas have long battled to ensure a full count of their populations. Sufficient funding for the census is a perennial issue; so is mistrust of government motives among vulnerable populations, including in immigrant communities. The mistrust problem was exacerbated recently when a citizenship question was proposed for the 2020 census (although it was later abandoned due to legal challenges). New York has much at stake in the 2020 census, with city agencies and community groups working hard to prevent an undercount. New York’s future funding, city planning, and political representation all rest upon a full and accurate enumeration.

To mark Census Day on April 1, 2020, we consider the questions we ask of ourselves, how we represent ourselves to the world, the ways in which we are categorized, and what goes missing or unstated in the process. For more, check out our other two stories in this series: The Census: Collecting Information on Who We Are and The Art of Data, inspired by our current exhibition Who We Are: Visualizing NYC by the Numbers, guest curated by Kubi Ackerman. 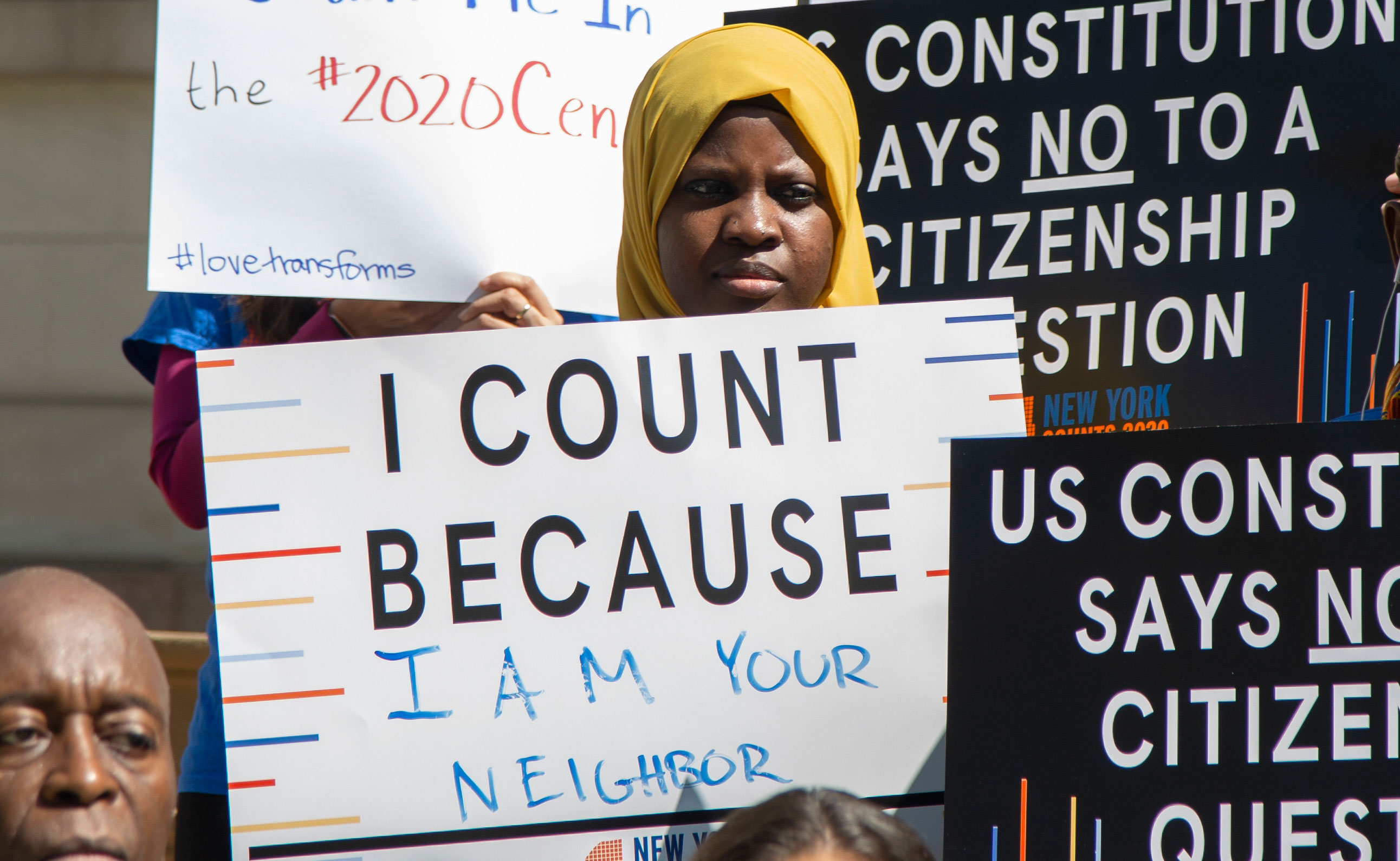 The original intent of the census was to ensure accurate representation in the House of Representatives, and it still serves this important role. States gain or lose seats in Congress (and the Electoral College, which determines presidential elections) depending on how much their population changes relative to the nation at large.

Since 1940, New York has lost 18 seats, more than any other state, and it is expected to lose one or possibly two more seats after the 2020 census. An undercount in New York City, home to almost half of the state’s population, could further erode the state’s political power and lessen the political clout of the city’s population.

Census results are used not only in the process of apportionment, but also for the purpose of districting (the drawing of electoral boundaries) for all levels of government. 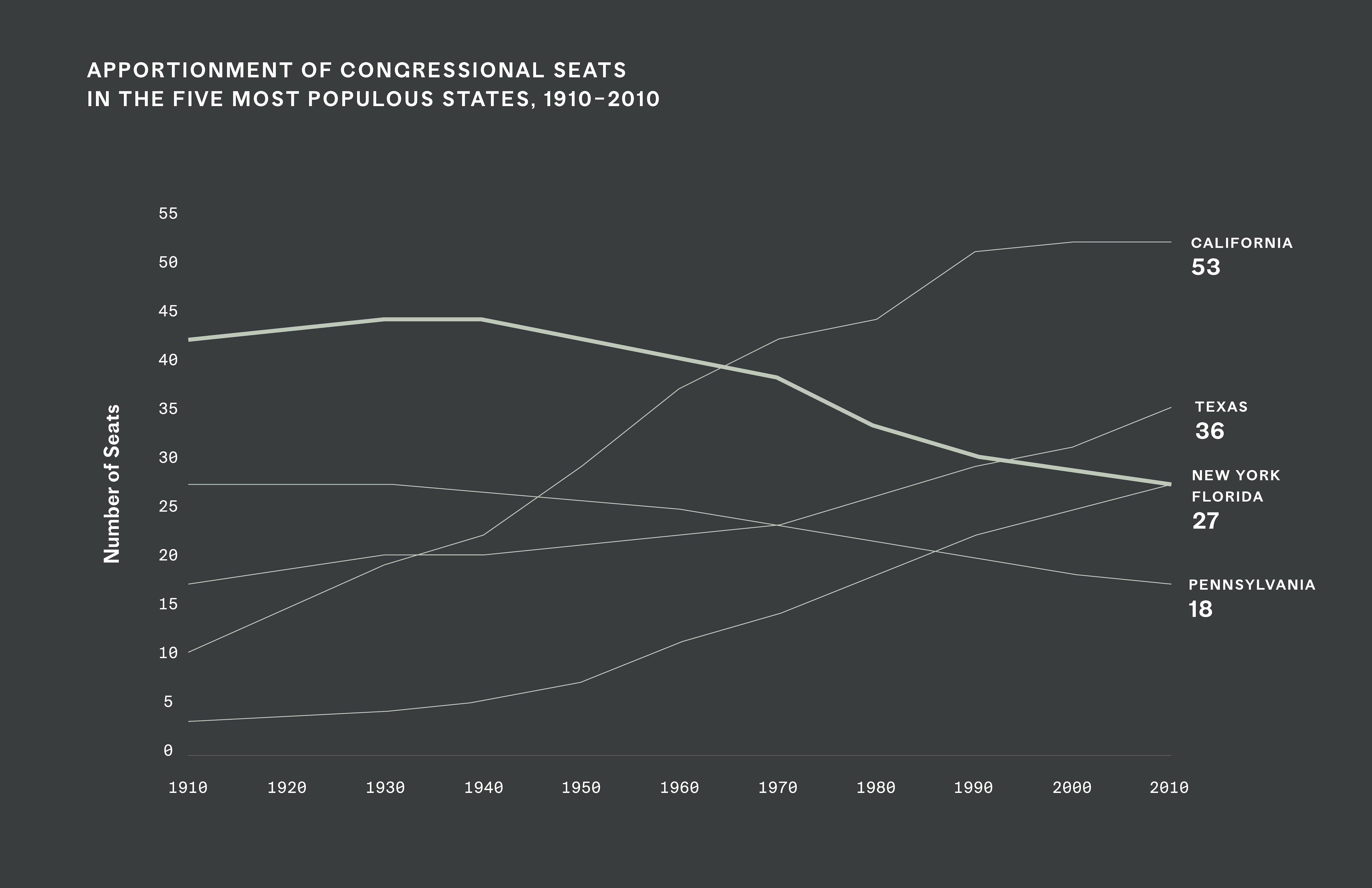 Apportionment of congressional seats in the five most populous states, 1910–2010. Based on data from the United States Census Bureau.

Dozens of critical social services, education, and infrastructure programs depend on census-guided federal grants that provide almost six billion dollars in funding for New York City each year. Participation in the census therefore has real fiscal consequences for the city and its communities. 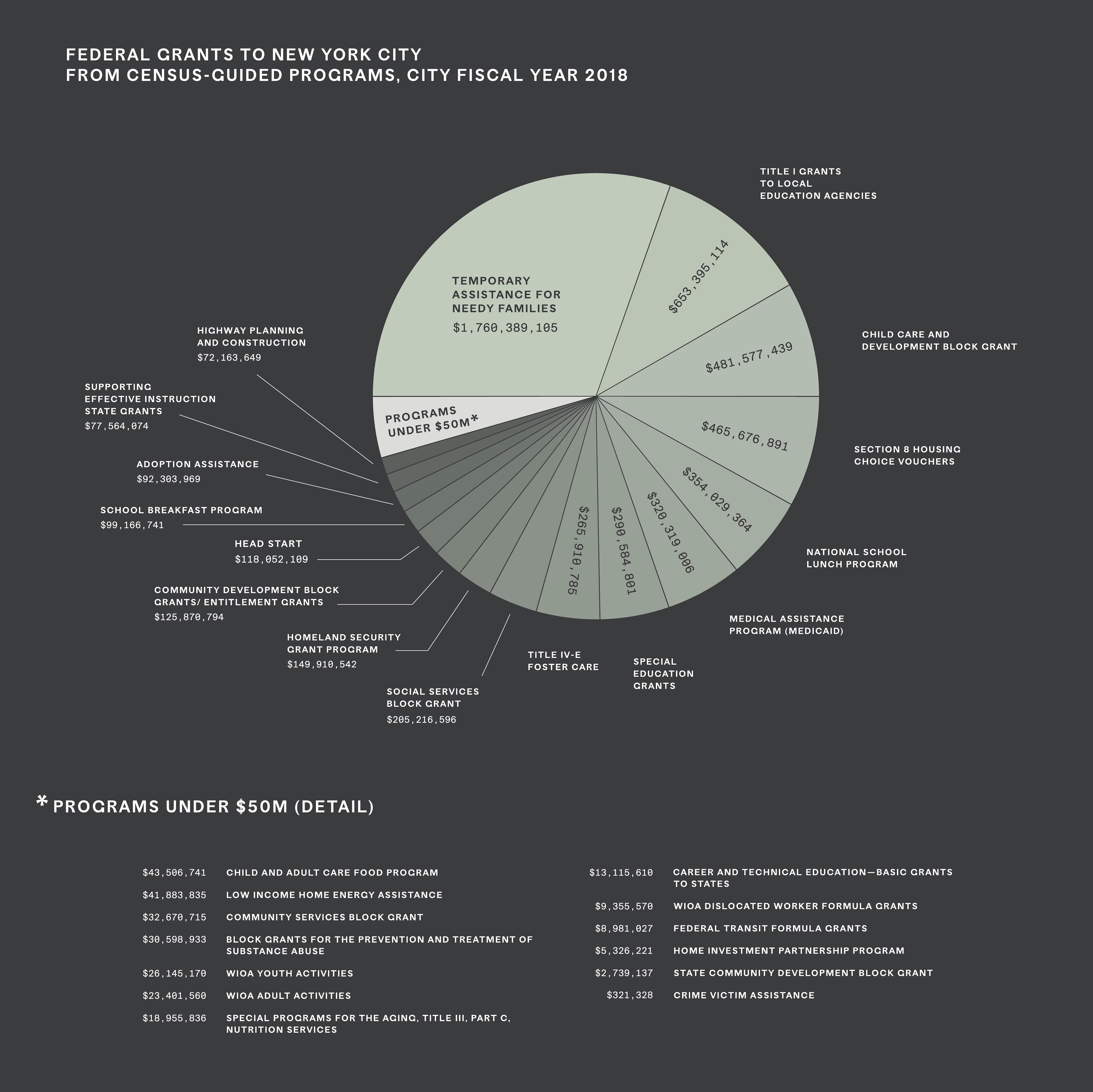 For the 2010 census, the response rate for mailed questionnaires in New York City was 62 percent (compared to 76 percent nationwide), making the city one of the most difficult to count places in the country. Factors include its high populations of immigrants, residents with limited English proficiency, and people living in poverty.

This map, available online in a searchable form, measures a variety of factors that may make neighborhoods officially hard-to-count in the 2020 census, including lack of internet access or availability of libraries. 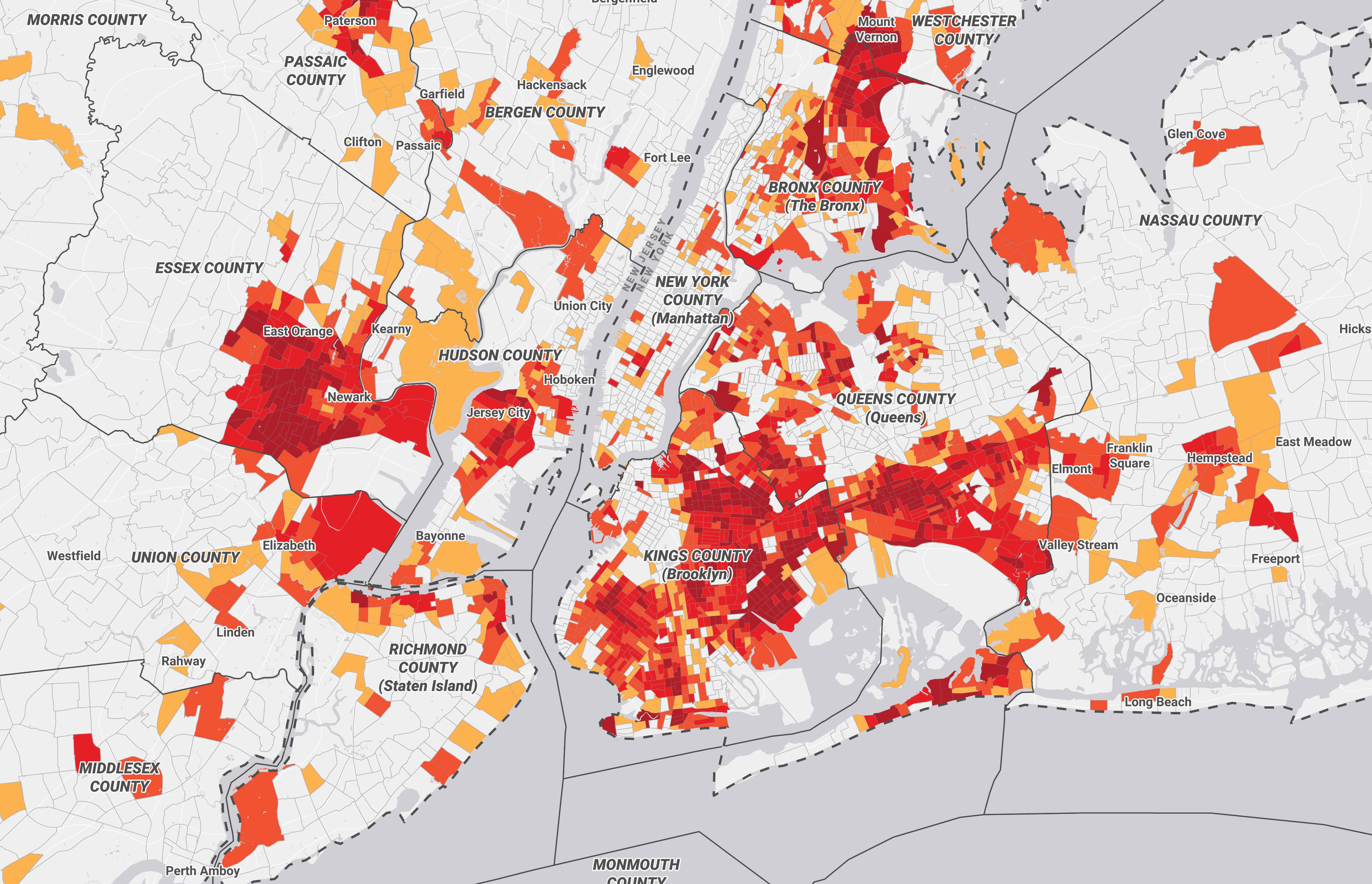 Greater New York City map of census tracts at risk of an undercount, 2019. Developed by the Center for Urban Research at the Graduate Center of the City University of New York (CUNY) with support from the 2020 Census Project. 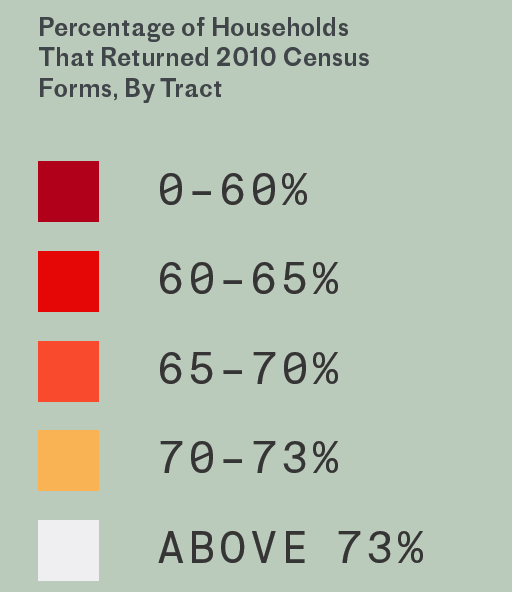 "The dynamism that characterizes the city's neighborhoods has a demographic imprint that we study," Dr. Joseph Salvo, New York City's Chief Demographer, talks about his work and the vital importance of the census.

How has census data been used to draw out unexpected and provocative patterns, connections, and insights about who New Yorkers are?
Tuesday, March 31, 2020