With the opening of our newest exhibition, the Mellon Foundation Fellow-curated Rebel Women: Defying Victorianism, it’s time for another installation in our Staff Picks series.

As a registrar, I coordinate the preparation and installation of an exhibition. I am not a scholar, and do not have specialist knowledge of the subject matter. That being said, my favorite item in this exhibition is definitely the Harper’s Weekly cartoon of Victoria Woodhull. 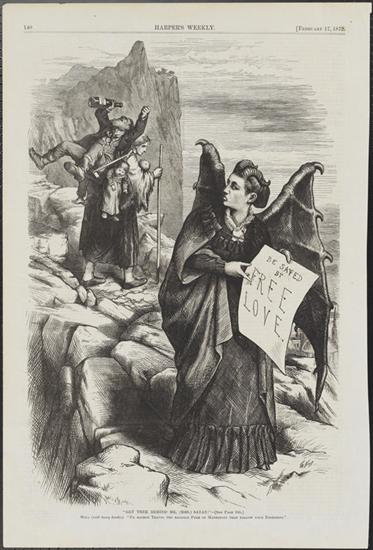 Woodhull was a feminist and a radical. Her political and social views were well ahead of her time. She was so far ahead that her famous contemporaries Elizabeth Cady Stanton and Susan B. Anthony eventually turned from her publicly, as they did not want their message to be perceived as being as radical as Woodhull’s.

In the cartoon above, I get the sense that Thomas Nast must have been feeling particularly vituperative towards Woodhull.  He drew a woman, burdened down by an obviously alcoholic husband, supporting at least two children as well as a baby (we can see just the legs of the child on the woman’s far side) on her own, and the caption “I’d rather travel the hardest path of matrimony than follow your footsteps.”  All this while calling Woodhull “Mrs. Satan.”  This must have been a reference to Woodhull’s own life; her first husband was an alcoholic, and she had two children with him. He is clearly attacking not just Woodhull’s ideas—that a woman should be allowed to marry and divorce as she chose—but also her person.

In this case, Woodhull has largely been vindicated. Most people in the United States believe a woman should be able to marry and divorce as she pleases. Furthermore, Woodhull is featured prominently in our exhibit, and Nast himself is nowhere to be seen. 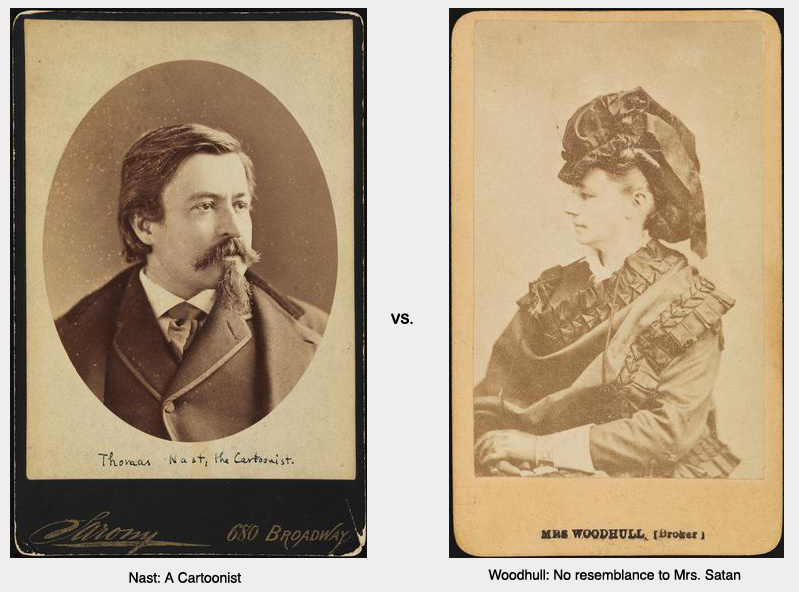 Woodhull shows us how far we’ve come, and how far we have yet to go. Her story reminds me of another strong woman with good ideas who was relentlessly attacked by men in the press. 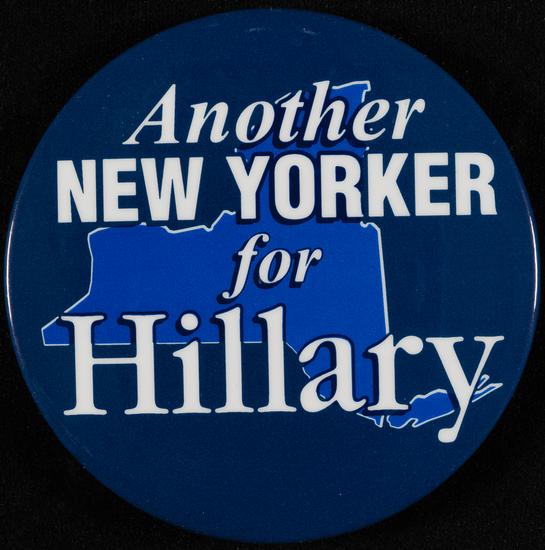