From Photographs to Fingerprints

The exhibition, Analog City: NYC B.C. (Before Computers), on view at the Museum of the City of New York through December 31, 2022, invites visitors to consider the ways New Yorkers kept track of the vast amount of information it took to administer a city as large and complex as New York before the advent of modern computing. Among the many challenges facing city administrations at the turn of the last century was keeping track of the identities of millions of residents who were constantly coming and going, moving around the city, and sometimes even adopting new identities. The question of identity particularly vexed the New York Police Department (NYPD) and the city’s criminal courts and jails, which were tasked with identifying repeat criminal offenders and fugitives among the thousands of arrested suspects they processed each year. These challenges led them to embrace cutting-edge techniques for recording, storing, and searching for a suspect’s criminal history that revolutionized policing and transformed the status of people with criminal records, some of which are on display in Analog City.

Before modern techniques of criminal identification emerged, police and prison officials attempted to keep track of suspects and prisoners by recording their names and crude written descriptions of their physical features in logbooks. These descriptions could be highly subjective: for example, around 1800 officials at Newgate Prison in Greenwich Village recorded prisoners’ traits such as “long neck,” “bad forehead,” and the somewhat sentimental “tender-eyed” to try to identify repeat offenders. Their efforts were limited by the fact that suspects often used aliases to avoid being connected to their past criminal records.[1]

As early as the 1840s police departments began adopting the emerging technology of photography as a more reliable way to capture a suspect’s likeness, or “mugshot,” for future reference. 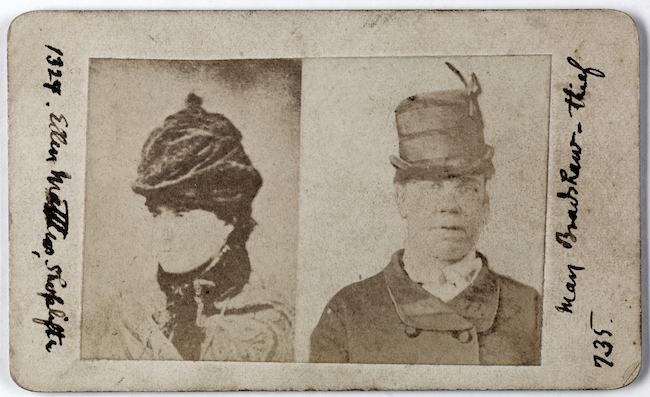 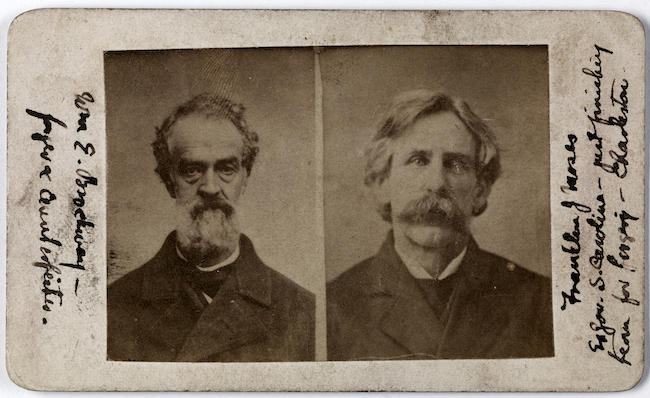 By the 1880s, police departments in large cities had accumulated tens of thousands of mugshots, and it became difficult for them to systematically search a suspect’s appearance against their vast collection of criminal photographs.[2] In 1886, the NYPD solicited the public’s help by opening a so-called “Rogues’ Gallery,” a display of wanted criminals, with the hope that visitors to the gallery might recognize the suspects in the gallery and help them make an arrest. 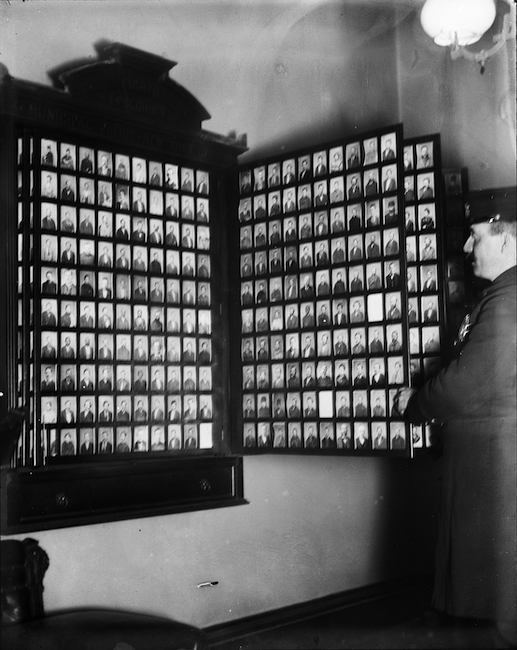 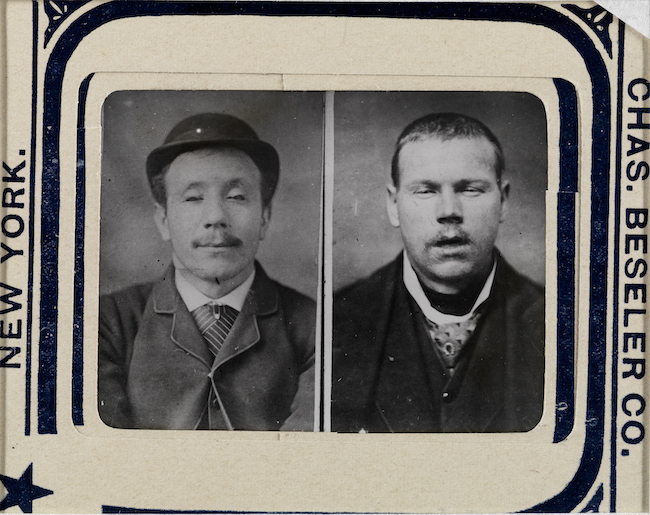 But to truly solve the problem of overabundant records, police needed a new way to describe unique human bodies using standardized measurements that would allow them to categorize records so that police officials could quickly narrow down their search for a suspect to a smaller subset of records.

In the 1880s, a promising solution to the problem of sorting and categorizing criminal records emerged in France, where a Parisian police official named Alphonse Bertillon devised a system where carefully-trained police officials would take eleven precise measurements of different parts of a criminal suspect’s body, record these on an index card, and then affix a photograph of the suspect and any known information about their criminal history to the card. These cards could then be filed according to their numerical measurements to make it easy for police officials to quickly find older records that matched a suspect’s measurements. By the waning years of the 1800s, the NYPD began amassing a collection of criminal records based on Bertillon’s system that allowed them to confidently connect a growing number of suspects with their past criminal history.

The Bertillon system, however, presented its own problems. It took a great deal of time and training for identification officials to standardize their measurements of a suspect’s body, so the practice was reserved for more serious offenders. This began to change in 1905 when the NYPD began gradually replacing Bertillon measurements with fingerprinting.[3] Unlike the slow and labor-intensive Bertillon method, fingerprinting allowed police to quickly and easily take impressions of all ten fingerprints of arrested suspects. Improved methods of fingerprint classification allowed police to quickly and confidently match a suspect’s unique fingerprints with past criminal records, and by the early years of the 1900s the NYPD and New York City criminal courts began collecting criminal records for more minor offenders, like sex workers and petty thieves, alongside those of serious offenders.[4]

Improvements in criminal identification allowed courts to sentence first-time offenders to lighter sentences than the more severe penalties reserved for so-called “recidivists,” or repeat offenders. By exchanging fingerprint records with other municipal police departments, the NYPD was also more capable of catching fugitives and career criminals who had acquired a criminal record outside of New York City.

By 1920, the NYPD had accumulated 400,000 fingerprint records, a collection that eclipsed even the federal government’s national collection in Leavenworth, Kansas, and the famous criminal record bureau at Scotland Yard in London. In the early 1920s, the NYPD’s criminal identification bureau consisted of fifty-three employees and operated on an annual budget of $140,000, leading the NYPD to report that “the New York Bureau is rapidly becoming a national clearinghouse for information concerning criminals.”[5] New York City’s role as a national clearinghouse subsided in the 1920s, when the recently-established Federal Bureau of Investigation in Washington, DC took over the centralization of criminal records collected around the country.

New York City was also an early pioneer in conducting criminal record searches on behalf of other city agencies. For example, New York City required applicants for licenses to operate a taxicab to submit copies of their fingerprints so that they could check them against criminal records bureaus and deny licenses to people with a criminal record. In the 1930s and 1940s, the city expanded the number of professions that required applicants to undergo a criminal background check to include nightclub employees and a variety of other service professions.

Throughout the twentieth century and into the twenty-first, the collection and circulation of criminal records by police and employers touched off heated debates among New Yorkers about privacy; police profiling of immigrant communities, communities of color, and working-class professions; and the lifelong stigma that a person often faces after acquiring a criminal record. New York activists argued that the broad distribution of criminal records places severe burdens on job applicants with past brushes with the law, leading New York City to join a handful of other cities in passing the Fair Chance Act in 2015 to offer applicants limited protections from job discrimination on the basis of their criminal history.

For over a century, New York City has been a laboratory for new kinds of surveillance and data collection, where administrators and activist movements have contested the promises and perils of what we today call “big data.” These debates began long before the age of computer databases, tracing their roots to new kinds of information-sharing that began in an age of filing cabinets and new identification techniques.