Wendy Darling:
Boy, why are you crying?


Wendy:
Wendy Moira Angela Darling. What is your name?


Wendy:
Is that all?

This is how we are introduced to Peter Pan, in the Darling children’s bedroom, crying with frustration over his separated shadow.  The boy who wouldn’t grow up turns 108 this year and with his latest incarnation, Peter and the Starcatcher, showing at the Brooks Atkinson Theatre on Broadway, he still can still draw our attention.

Peter Pan made his Broadway debut on November 6, 1905, just under a year after appearing for the first time on the London stage.  Written by J. M. Barrie, Peter Pan; or, the boy who wouldn’t grow up was produced in London by Charles Frohman and remounted at his Empire Theatre on Broadway and 40th Street. The production starred Maude Adams as the  eponymous boy.

Barrie’s boy got two revivals in the 1920s, the second of which was directed by and starred Eva Le Gallienne. Though only 29, Ms. Le Gallienne was already a seasoned Broadway director. Her production was seen as a break away from Frohman’s productions. However, the New York Times review noted that the play “had lost nothing essential of its magic”. The reviewer described Ms. Gallienne’s Peter as a “gallant, buoyant clean-cut figure”, but also noticed that she “wears the limit of bare legs”. Though her pose at left is decidedly less boyish than her predecessor, the choice of city rooftop is perhaps the most striking contrast to Ms. Adams’s idyllic woodland backdrop. 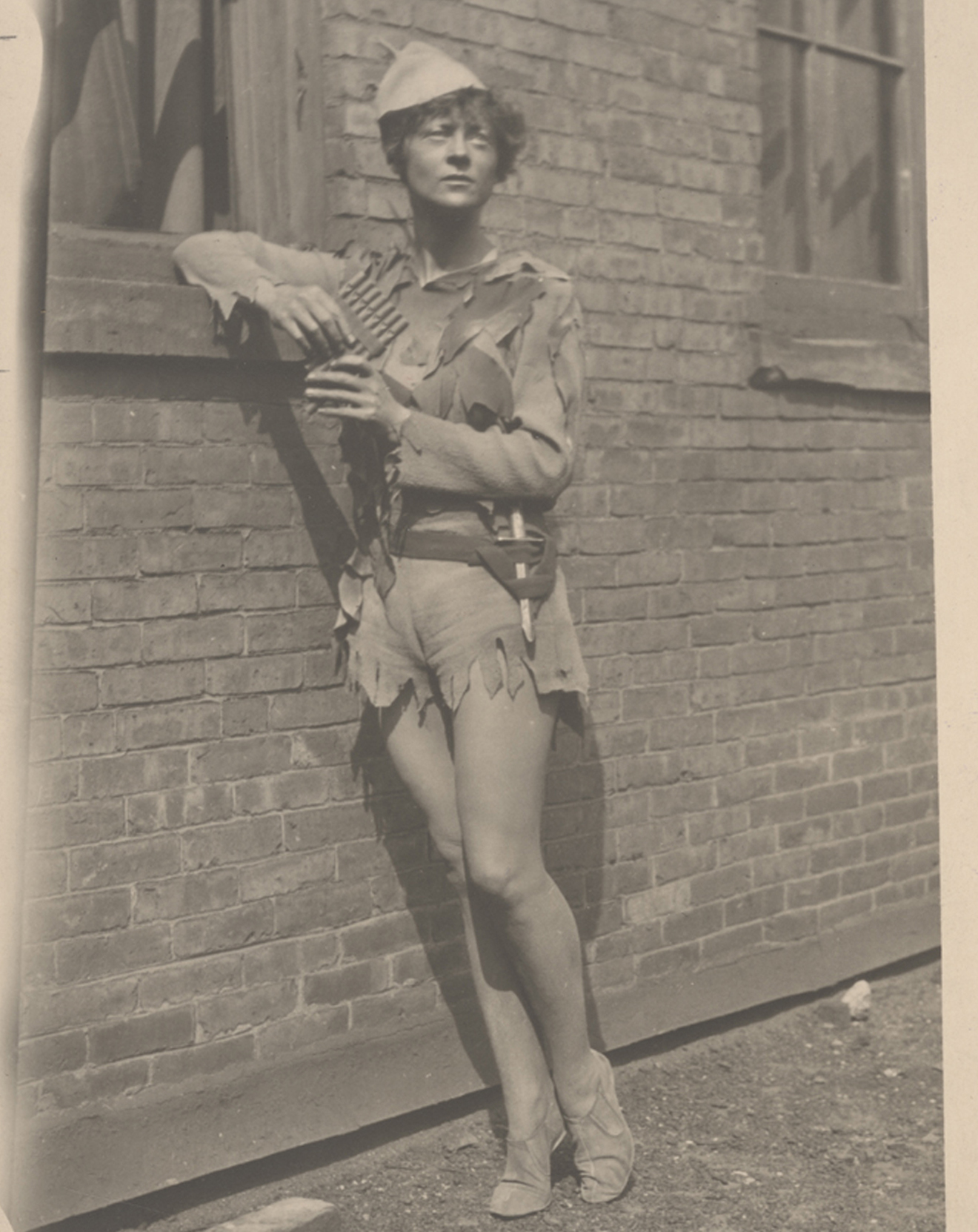 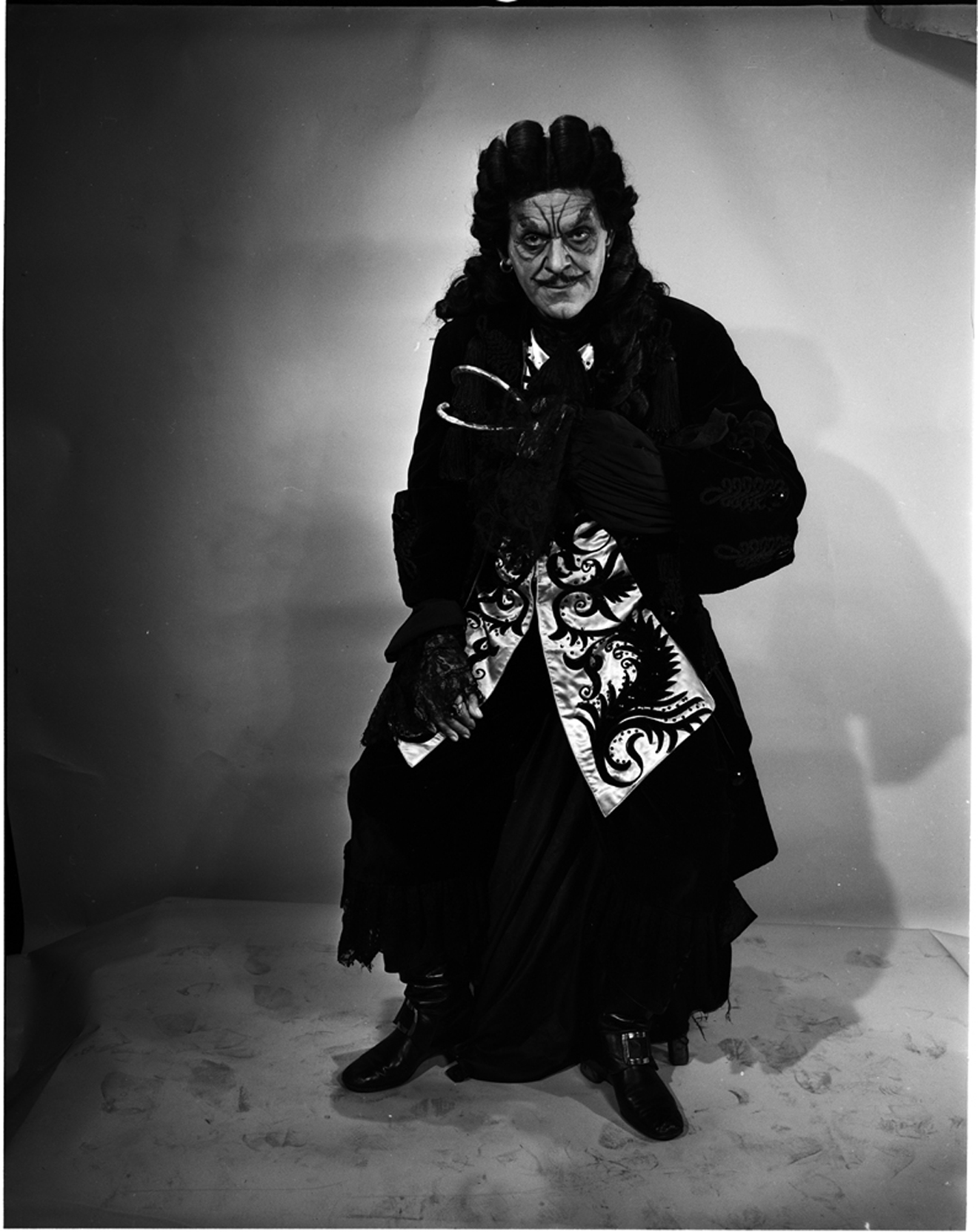 Peter Lawrence, a producer on Mr. Karloff’s production, arranged a national tour in the fall of 1951.  This time Peter was played by the improbable Veronica Lake.  The Digital Team at the Museum uncovered the images below in the archives of the Lucas-Pritchard / Lucas-Monroe Studios. 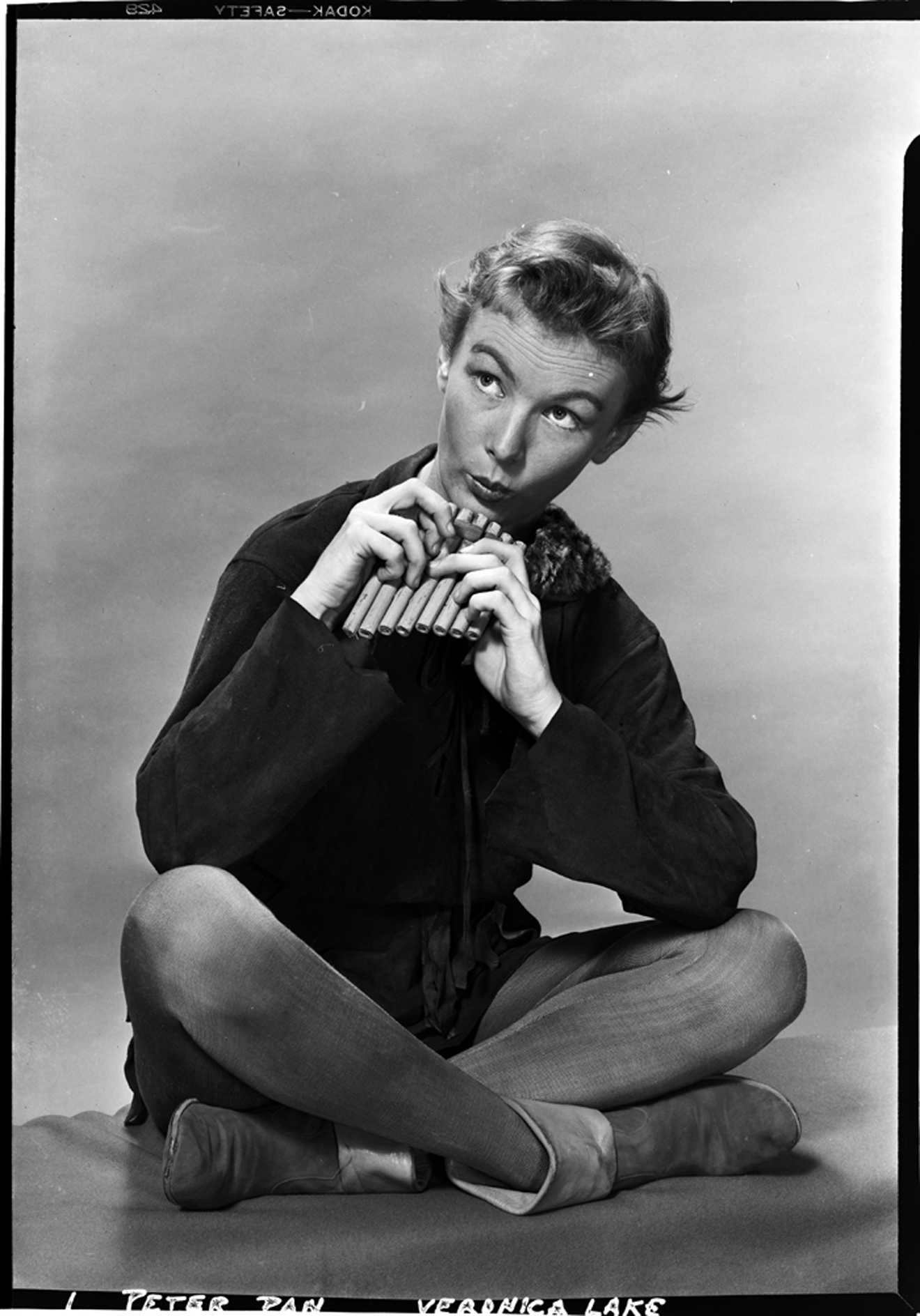 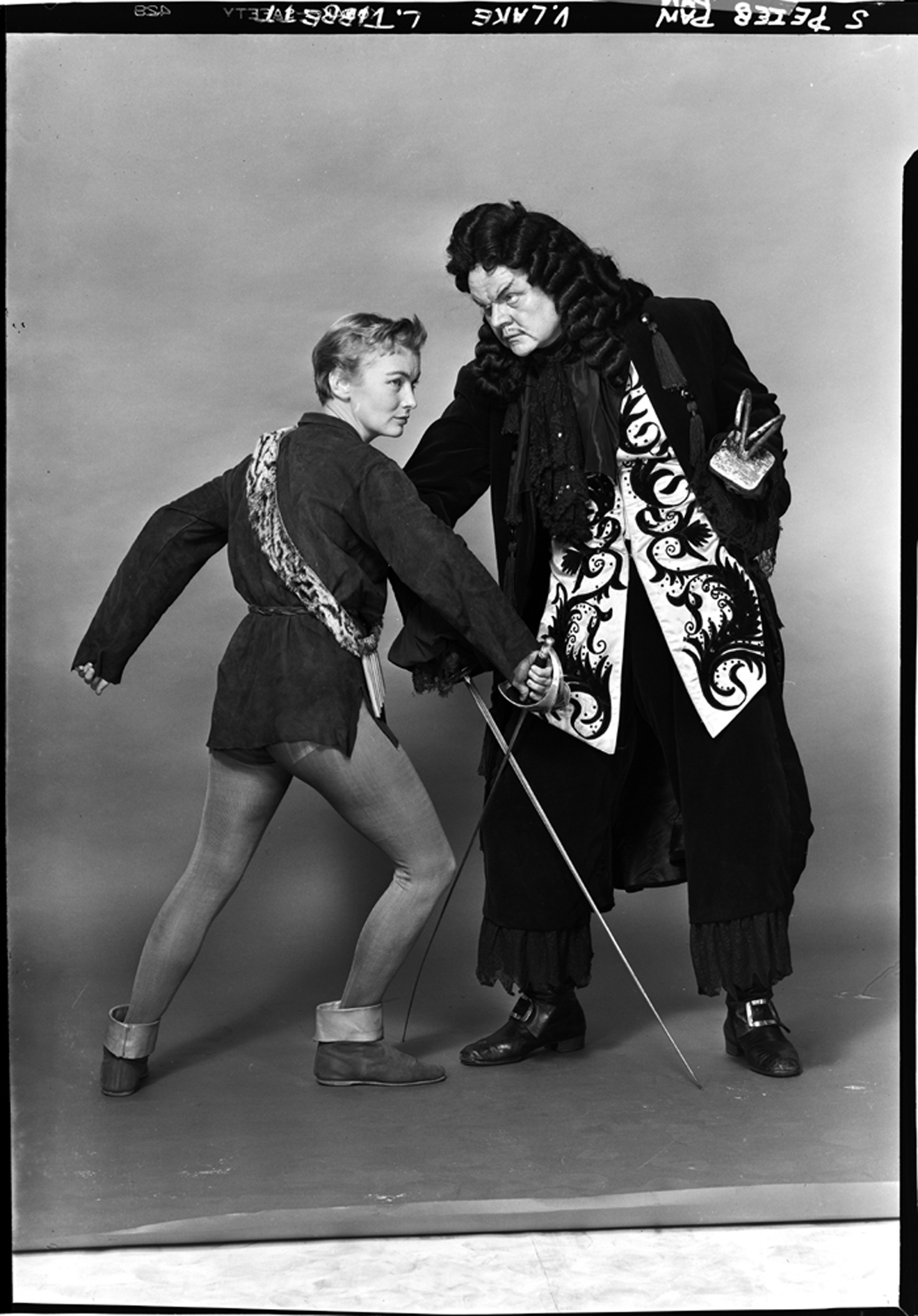 Though Peter Lawrence’s production was the last time the play was produced on Broadway, Barrie’s work was turned into a popular musical that opened just four years later. With a score by Mark Charlap and music by Carolyn Leigh, the production was directed by Jerome Robbins and starred the very popular Mary Martin.  Ms. Martin’s boy became the definitive Peter Pan. (She donated her Pan costume to the Museum in 1968 including the piece for Peter’s shadow.)

Though the musical’s original run was only 152 performances, Ms. Martin starred in three live televised productions that gave the show a wider audience. The musical was revived five times, the last opening in 1999.  Now on Broadway, Peter Pan has been re-made for the 21st century in Peter and the Starcatcher, a precursor to the boy’s adventures with the Darlings. The play garnered an impressive nine Tony nominations this year, winning awards for its feature actor and sweeping the design categories.  The boy who wouldn’t grow up still won’t, and we can’t stop clapping our hands.

It has been called the greatest love story of all time; take the opportunity to revisit the romance with a pictorial re-telling from the Museum’s collection.
City Arts Tuesday, July 1, 2014

It’s a sweltering July evening in 1915 and the lights have just come up after the finale of a Ziegfeld Follies show at the New Amsterdam Theatre on 42nd Street. You dread walking out into the muggy night and long for a cool escape. But you’re in luck tonight because it’s the premiere of Flo Ziegfeld Jr.’s new revue, the Danse de Follies!
See All