New Yorkers are resourceful in their tactics to beat the summer heat. Some chose to flee the city during the warmest months, escaping to the shore or the country. Leaving the city during the summer was so common that the Brooklyn Daily Eagle reported who was summering at what resorts, and the social events and goings-on there. A July 1913 edition of the Eagle featured a “News from the Resorts Where Brooklynites Sojourn” column.

One such destination for well-to-do Manhattan and Brooklyn families was the Colonial Hotel in Kitchawan, NY. Brothers H.S. and A.P. White built the Colonial Hotel in 1898 as a luxury inn and country retreat. Just 32 miles from NYC, nestled in the Hudson Valley near Croton Lake, guests could enjoy golf, croquet, and tennis as they took in the beautiful scenery and fresh air.

Dinner and evening entertainment was an important aspect of summer resort life. The Colonial Hotel held informal dances, or “hops,” nearly every night, and occasional musical or theatrical entertainments put on by guests. These dinners were multi-course affairs with printed menus, even on the 4th of July. Though today we associate the 4th of July with informal gatherings such as picnics, fireworks, and barbeques, the Museum’s Ephemera Collection on Dining and Hospitality contains twelve Colonial Hotel menus from July 4th dinners dating from 1902 to 1916. The menus were given to the Museum in 1956 by Miss Charity Rich Myers of White Plains, New York—who may have spent summers at the Colonial Hotel with her family.

As you can see below, many dishes were aptly named for the holiday—Martha Washington Pudding; Independence Punch; Red White & Blue cake; Washington Pie; and Punch de Lafayette. The July 4th dinners generally began with soup accompanied by an assortment of olives, celery, and pickles (sometimes known as a relish tray). Next came the fish and meat-heavy courses and complementary vegetables—planked blue fish á la Narragansett, roast stuffed Long Island Duckling, and broiled Philadelphia squab, with mashed potatoes, peas, asparagus, creamed cauliflower, and sugar beets. Guests polished off their dinners with a variety of desserts and cheeses—apple pie, fancy macaroons, custard, and interestingly, saltines with American cheese and cream cheese. Much more than the hot dog, coleslaw, and potato chips that are usually on my plate! 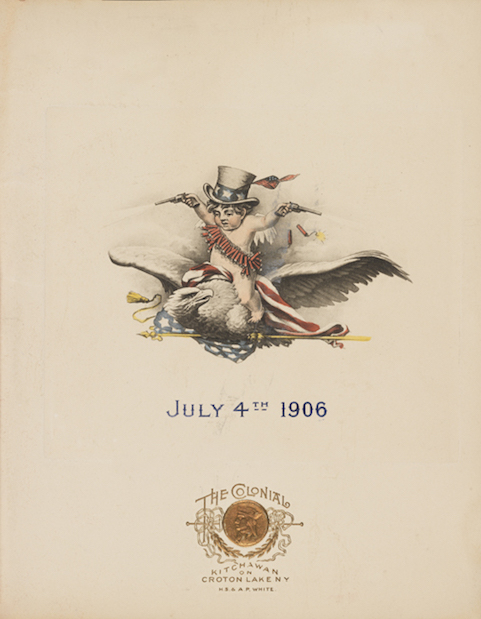 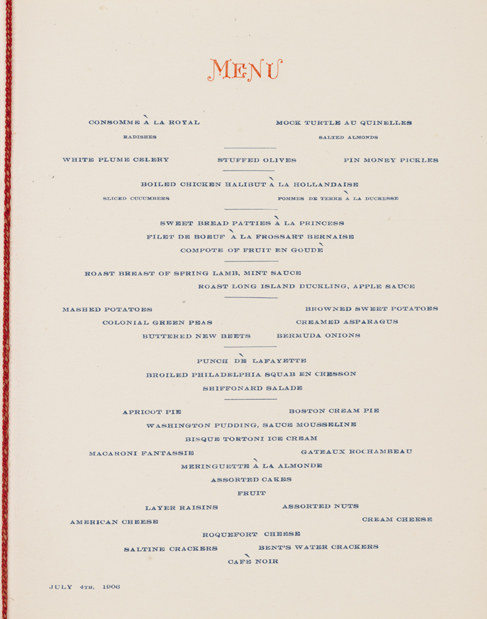 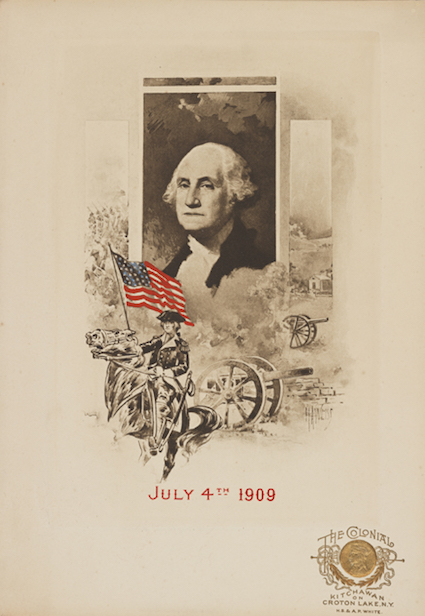 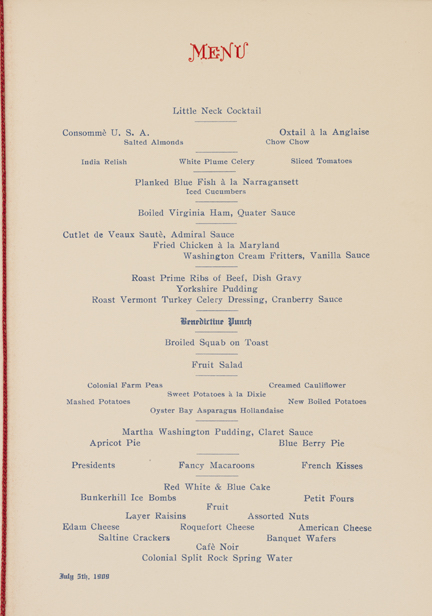 The Colonial Hotel operated until the summer of 1934, when it was reclaimed in a mortgage foreclosure proceeding by the owner. The Hotel burned to the ground in October the same year, attracting more than 2,000 bystanders.