The lights come up on a picturesque farm scene. It’s March 31, 1943, opening night at the St. James Theatre on 44th Street. The stage’s sole occupant is an older woman at work at a butter churn. She pauses her churning to listen to a sound drifting in from offstage. “There’s a bright golden haze on the meadow” sings a confident male voice. A few lines later, the singer, a handsome young cowboy, walks on stage and turns toward the audience, “Oh, what a beautiful morning.” And oh, what a beautiful opening night for Oklahoma!, the first musical from composer-lyrist team Richard Rodgers and Oscar Hammerstein II.

New York Times theater critic Brooks Atkinson painted this picture of opening night in his 1970 book Broadway. When he reviewed the 1953 revival, he remarked that “the whole work retains the freshness of that opening song,” even ten years after its premiere. If you are a regular reader of Stories, you may remember that a few weeks ago, we talked about Oklahoma!’s origins in the 1931 play Green Grow the Lilacs. This week, we continue celebrating Oklahoma!’s 75th birthday.

The musical was an immediate hit. Oklahoma! treated its dramatic action seriously. It used dance and song not just to reveal character, but also to advance the plot. It stressed the importance of community at a time when war was fracturing the world. Just two days after it opened, The New York Times reported the show’s popularity was causing people to line up well before the box office opened. Demand was so high and tickets were so hard to get that the show’s producers, the Theatre Guild, Inc., were moved to issue a warning on “speculators” attempting to take advantage.

The production also launched an incredibly successful tour starting late in 1943. Not everyone was a fan, however. The following letter from “A Citizen of Shreveport” calls the production “loathsome…even pestilential and rotten.” Addressed to the Louisiana venue were the musical performed, the author goes on to further deride the show and make a few anti-Semitic comments. The letter is from 1952, indicating that touring was still going strong despite its author’s protests.

Rodgers and Hammerstein adapted their show for the silver screen in 1955, and the movie version of Oklahoma! proved as popular and enduring as the stage show.

Four revivals of Oklahoma! have graced the Broadway stages, with the most recent being 2002’s production at the Gershwin Theatre. Though none have come close to the original’s record-setting 2,212 performances, the musical is a perennial favorite at regional and community theatres around the country. 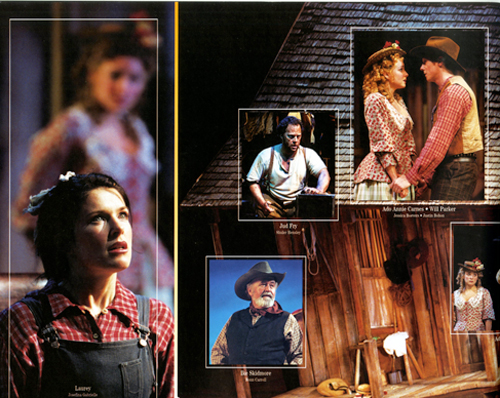 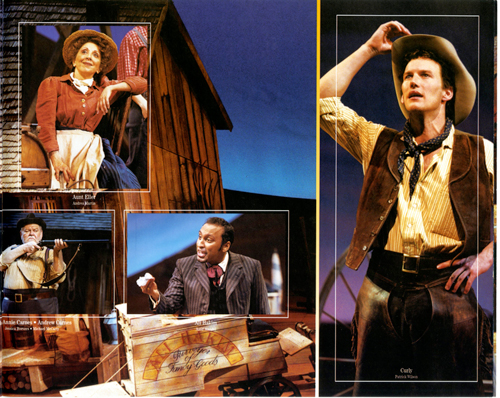 Oklahoma! was a watershed production that not only radically changed the artistic potential of musical theater, but also set the bar for box office success. 75 years later, its opening moment serves as a reminder that despite the buzz and clamor of 21st century noise, the simple act of pausing to listen can signal a sea change.

Green Grow the Lilacs: A Play with Songs

The landmark musical Oklahoma! turns 75 this month. Get the backstory on how Rodgers and Hammerstein's smash Broadway hit came to be.
See All