From the Fulton Market to the Forty-Deuce: Leland Bobbé’s New York in the 1970s

In 1970 Leland Bobbé lived on Beekman Street near what used to be the Fulton Fish Market. He was a musician trying to make it in the city, and in the meantime he was driving a cab to make ends meet. So, he would regularly ride his bicycle up through Chinatown, the Bowery and over to 23rd Street to pick up the cab at the depot. Eventually he began to photograph the different neighborhoods he was riding through, and the sights along his daily route – from the down-and-out to prep school children clowning around outside of class. At the time photography was just a hobby for Bobbé, but wherever he went he brought his camera. Eventually he became fascinated with Times Square – which at the time was filled with pimps and prostitutes milling around peep show establishments at all hours. 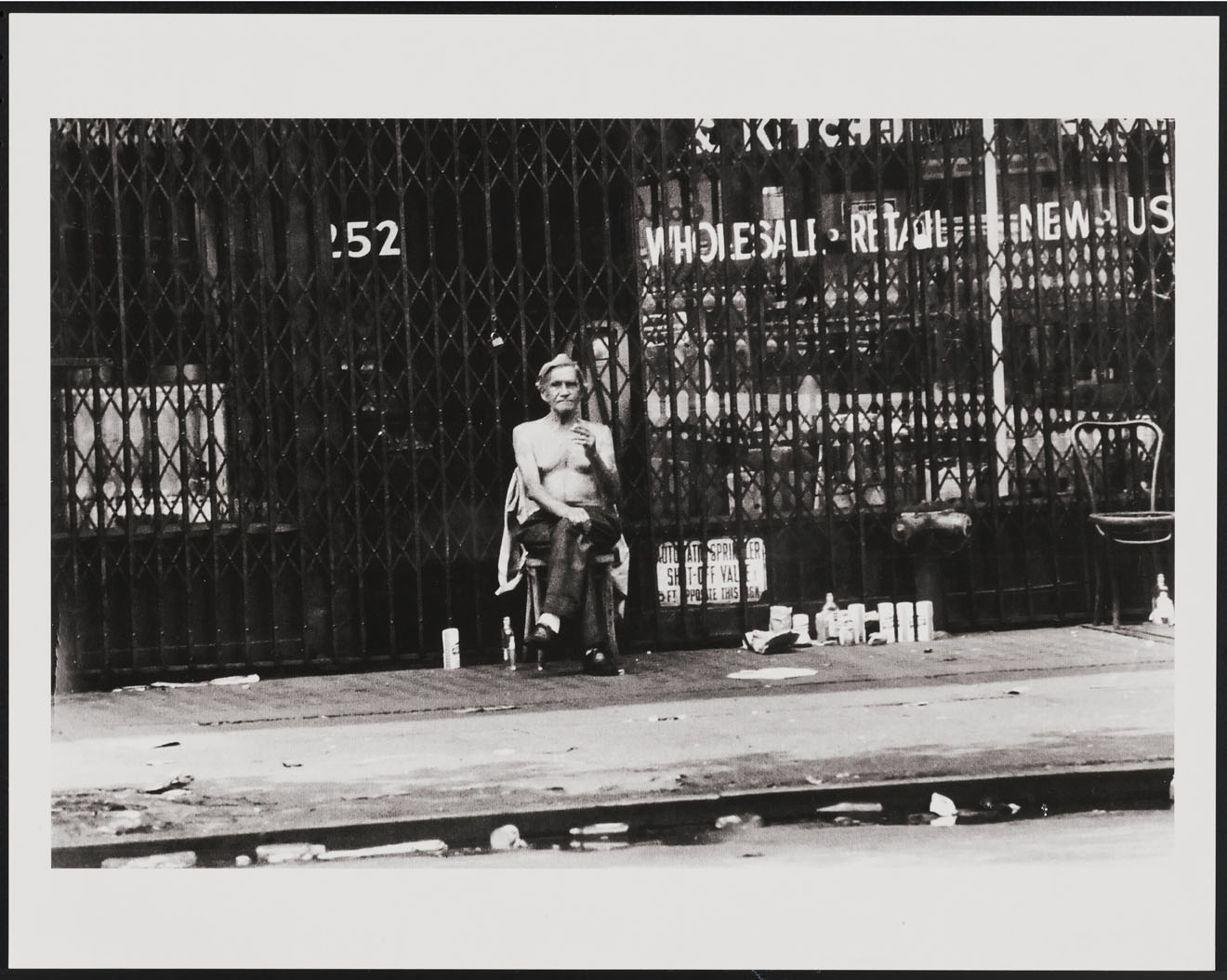 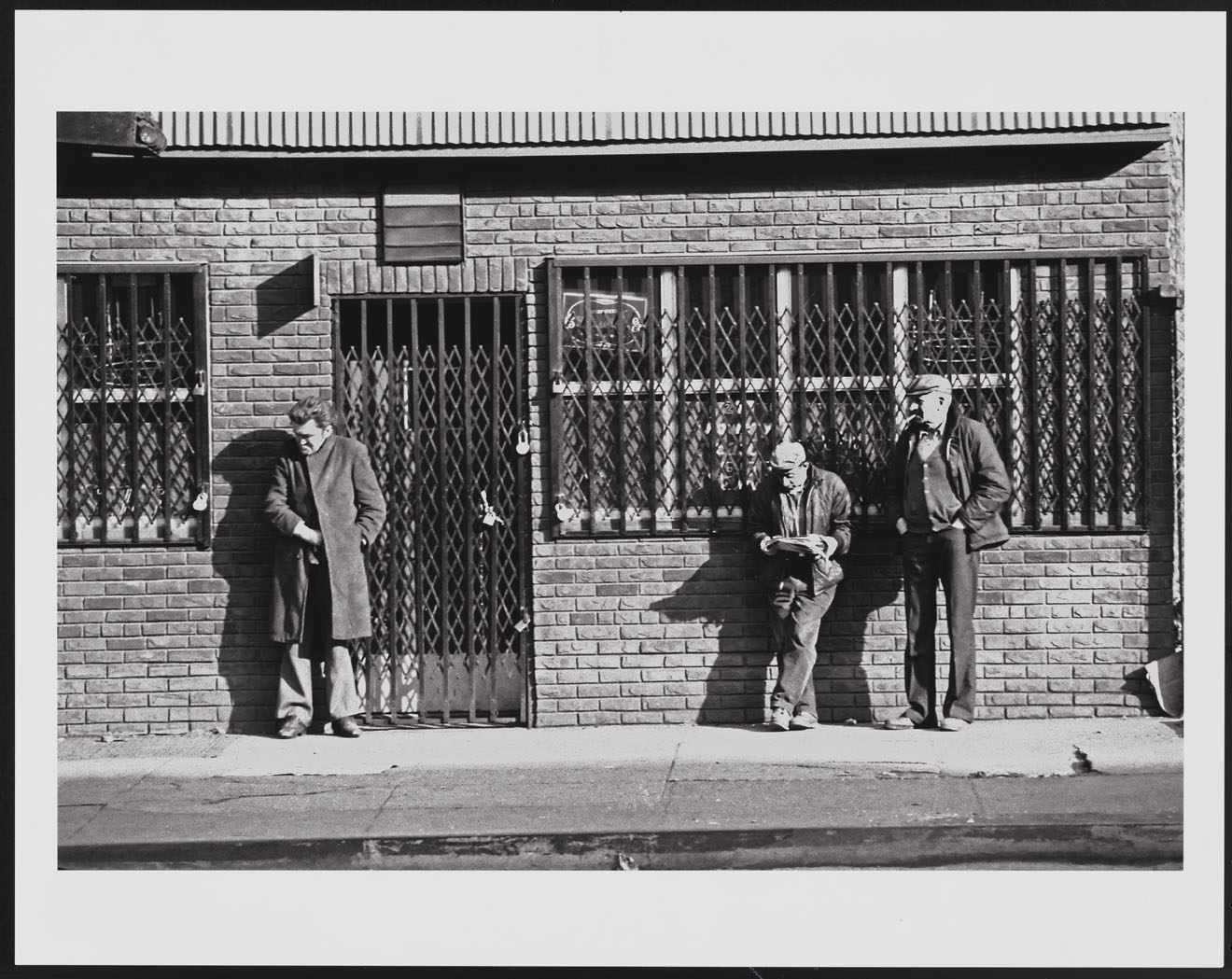 By the beginning of the 20th century the Bowery had already developed a reputation for prostitution, derelicts and dive bars – one that would linger through the decades.  By the 1970s the city had taken steps to mitigate the vagrant population, but flop houses persisted and and the residents of Skid Row hung around even into the late 1990s. In the early 2000s gentrification of the neighborhood began and today the area is home to a Whole Foods, the New Museum, The International Center of Photography and numerous art galleries.

Since the New York Times constructed their flagship home (now former home) on 42nd street  in 1904, Times Square has seen many transformations. Throughout the 20th century it was firmly established as a theater district. By the 1920s advertisers were promoting their wares to passersby with gigantic, brightly lit billboards, and by the end of World War II the area drew New Yorkers and tourists alike looking for entertainment and a place to convene. By the 1960s a shift began to happen and peep shows, go-go bars, and sex shops began to move into the district. As the city’s economy declined, street level prostitution and crime were visible on the streets. By 1984 one block, 42nd Street between Seventh and Eighth Avenues, had more the 2,300 reported crimes. Times Square became a symbol of the city’s decline. As the economy of New York began to recover in the 1980s, Time Square began a slow redevelopment. In the 1990s the pace quickened thanks to the work of the Times Square Alliance, the takeover of several historic theaters by New York State, and efforts by the Giuliani administration. Today the district has completely transformed into a tourist mecca.

To create his images of Times Square, Bobbé shot literally from the hip. He’s said, “For the type of images I wanted, I didn’t want to ask people to be photographed. I wanted to capture exactly what I was seeing without any awareness by the people that I was actually shooting them. I was walking by with my shutter speeds set fast enough to avoid blur with my wide angle lens (deep depth of field) pre-focused at about 6 feet. I had to judge my distance and maybe get off 2 or 3 shots as I was walking by. The exciting thing about shooting this way was that I was never really sure what I got until I processed the film.” 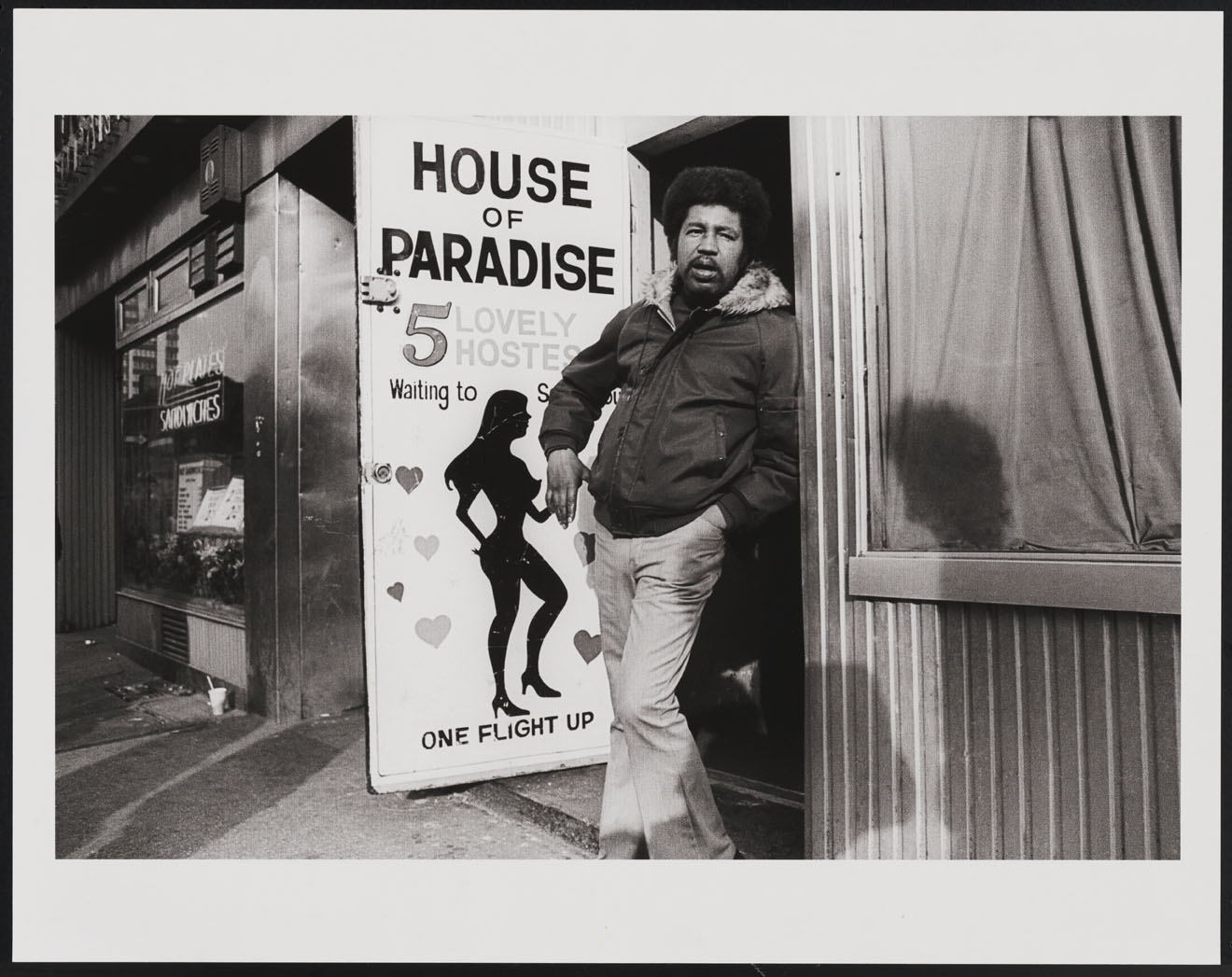 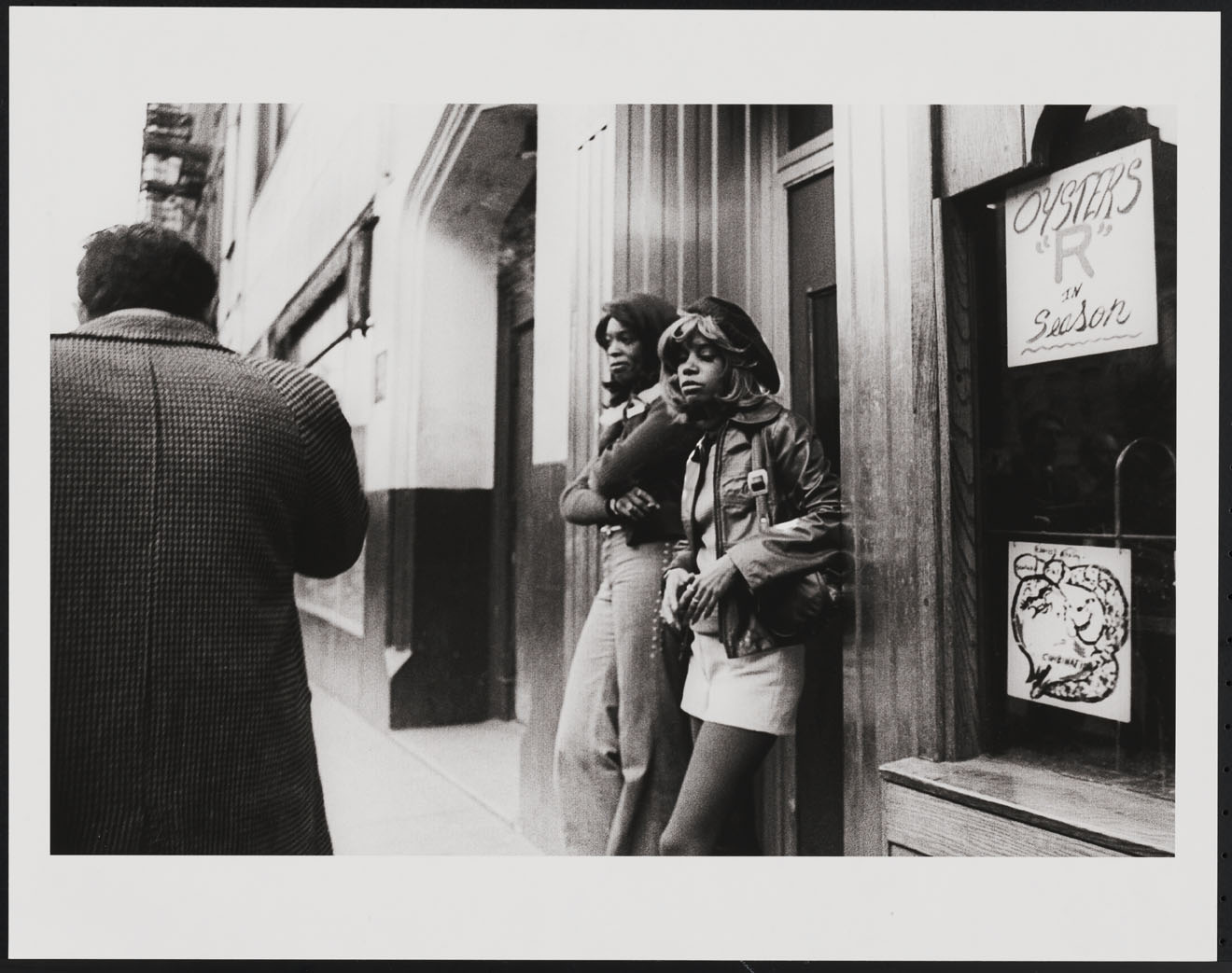 Eventually, Bobbé found a job working with a professional photographer and left his professional music aspirations behind. His photography career has spanned more than 30 years, and his most recent work is a series of portraits entitled “Half-Drag,” which reveals the faces behind drag queen makeup.

Despite all the success he has had over the years, Bobbé still has a real affection for the city at that time and his experience of making these photographs.

“The fact that I drove a taxi during the 70’s had a direct influence on my interest in street photography,” he recently stated. “Being on the streets for hours at a time in all parts of the city gave me a real familiarity with the different neighborhoods. This translated into a comfort level when I was out photographing. One minute I was in front of the Plaza Hotel, 15 minutes later I could be among pimps and drug dealers on Delancey Street. For whatever reason I found myself drawn to Times Square and The Bowery, both of which were among the seedier sides of New York City in the 1970’s.” Leland Bobbé photographs of the down-and-out of the Bowery and the pimps and prostitutes of Time Square are a reminder of the darker side of the city’s past – one that is not really so distant.

The Museum of the City of New York recently acquired 18 photographs of New York in the 1970s. They can all be seen here. 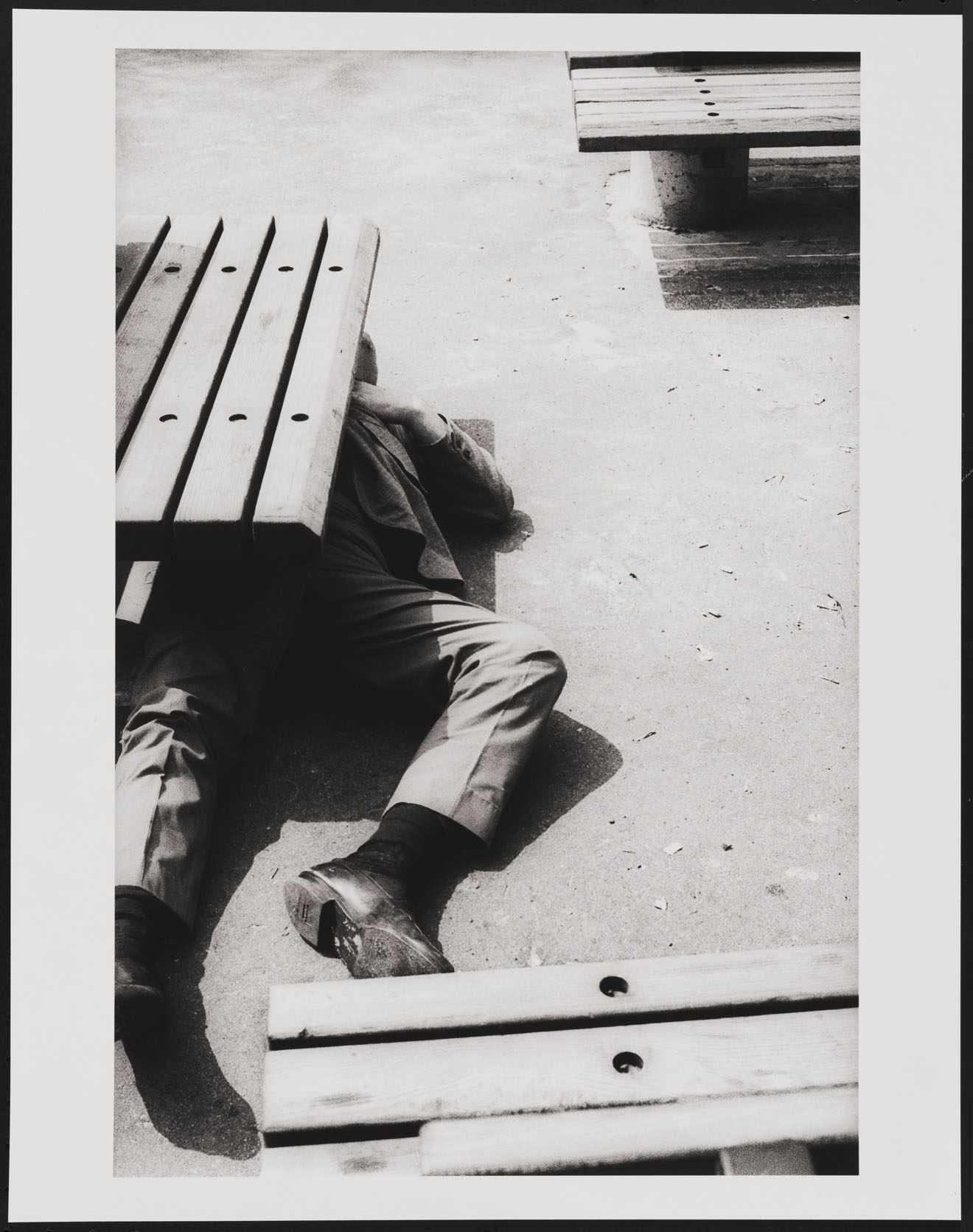 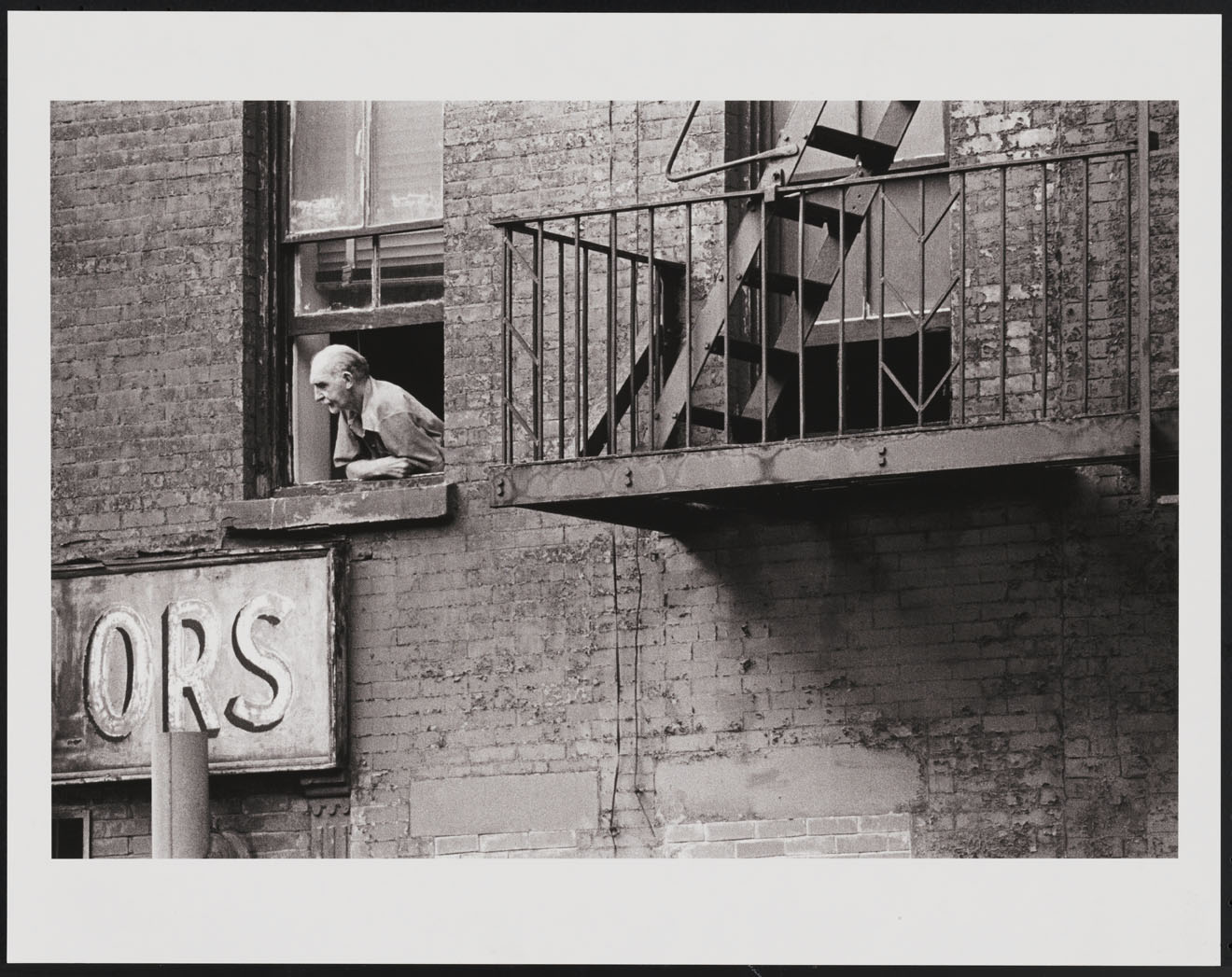 From Teaspoons to Titanic

On a hot August afternoon last summer, I left the office early and caught the 5 train north. My objective was to locate the site of the Ursuline Convent in what had once been the rural village of Melrose, and was now the heart of the South Bronx.
Landmarks Thursday, November 12, 2015

From Expressway to Contemplative Oasis: The Elevated West Side Highway

When racing in a cab down West Street trying to make it in time for a meeting, how many people think back just a few decades when an elevated expressway ran down the western edge of the city from the Henry Hudson Expressway to Battery Park?
See All