Civil rights and community activist Elsie Richardson (1922-2012) undertook visionary organizing in the Brooklyn neighborhood of Bedford-Stuyvesant beginning in the 1960s. Her work in creating the Bedford-Stuyvesant Restoration Corporation drew citywide and national attention to the consequences of poverty and urban neglect and helped inspire community development corporations across the country as a way to create investment in the economic future of neglected neighborhoods.

Richardson’s activism started early. The child of immigrants from the Caribbean island of Nevis, as a teenager in Harlem Richardson participated in civil rights campaigns. (Among these was a 1941 bus boycott led by Adam Clayton Powell Jr.) After World War II, Richardson and her husband moved into public housing in central Brooklyn, where she became active in tenant organizing and youth outreach through the neighborhood settlement house.

When the Richardsons moved to Brooklyn, Bedford-Stuyvesant (Bed-Stuy for short) was a mixed-income neighborhood with affordable brownstones and apartments. The community included a diverse mix of European immigrants, African Americans, and a growing number of immigrants from the West Indies. During the Depression, many upper- and middle-class residents had found themselves no longer afford their property taxes, and large numbers of newer European immigrants and black residents moved into the neighborhood. Factory jobs provided many Bed-Stuy residents of all ethnicities and countries of origin with a good standard of living. Richardson’s family benefitted from the opportunities the neighborhood offered: in the mid-1950s they bought a townhouse two blocks from their public housing apartment. Elsie became active in her block association and PTA while working full time, raising three children, and taking college classes at night. 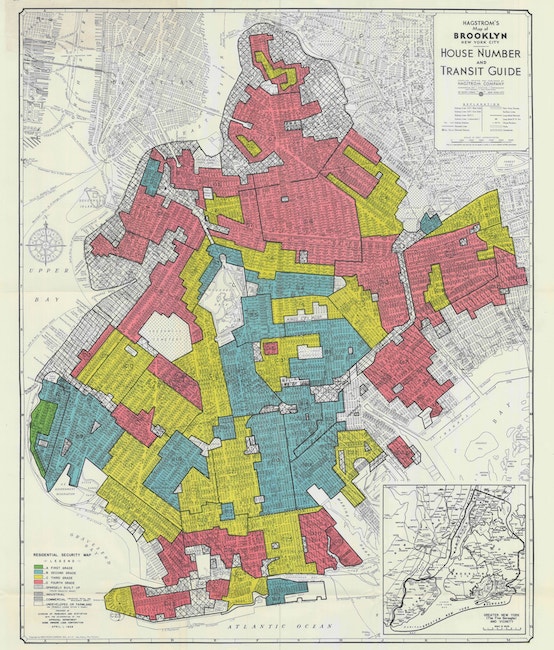 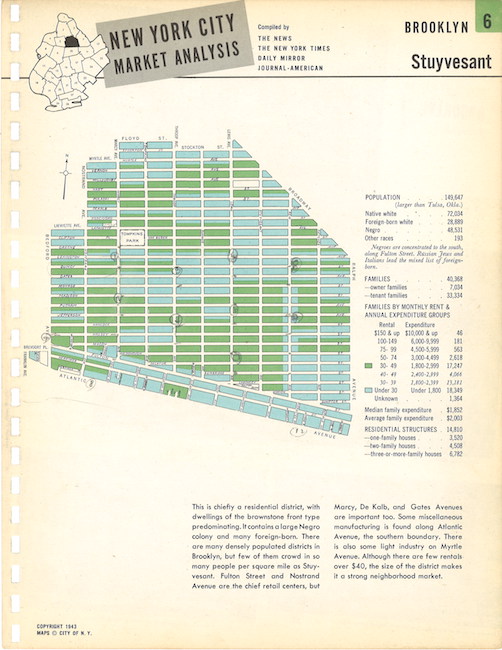 The neighborhood soon started to experience changes and challenges that began to stagnate its economy. The Federal policy of “redlining” kept lenders and banks out of neighborhoods with black populations. Many black residents were denied or had to pay exorbitant prices for mortgages. Without access to bank loans or credit, the renovation of homes and businesses in neighborhoods like Bed-Stuy became increasingly difficult. At exactly the same time that homeownership was being underwritten in white-dominated neighborhoods and suburbs, Bed-Stuy residents essentially had to fend for themselves, with little financial assistance from city or federal institutions. Meanwhile, the redevelopment programs called “urban renewal” targeted areas of the city that were defined as slums. In New York City, the process sometimes involved demolishing whole city blocks, which in turn uprooted whole communities. Writer James Baldwin famously called renamed the policy "negro removal" in the 1960s.

How to respond to the deteriorating conditions? Richardson saw the roots of Bed-Stuy's woes as both political and economic. African-American residents of Bed-Stuy did not have access to the powerful clubhouses or established networks that controlled neighborhood politics. Along with other politically astute Bed-Stuy women, including her friend Shirley Chisholm (later the first black woman elected to the U.S. House of Representatives and in 1972 the first woman to run for the Democratic nomination for President), Richardson helped form the Central Brooklyn Coordinating Council (CBCC), an umbrella organization for groups seeking to create political pressure to address discrimination and lack of services in the neighborhood.

But by the middle of the decade, Richardson was frustrated by her lack of leverage with New York City clubhouse politics. She shifted her strategy, inviting New York’s U.S. Senators Robert Kennedy and Jacob Javitz to tour the neighborhood. As emissaries for the federal “War on Poverty,” the senators represented an opportunity to pressure Washington to address the problems of the "inner city." Senator Robert Kennedy accepted Richardson’s and the CBCC’s invitation to see what could be done about Bed-Stuy’s struggles with racial discrimination, lack of city funding, and worsening poverty. The senators toured the neighborhood in February of 1966 and met with longtime residents. Kennedy’s last stop was at the YMCA on Bedford Avenue, where Richardson chaired a meeting of local residents.

The senator proposed a study on the troubled neighborhood. Richardson’s memorable response was: “We’ve been studied to death, what we need is bricks and mortar!”

The encounter pushed Kennedy to action. As a leader of the CBCC, Richardson had already developed a comprehensive neighborhood renewal plan. Kennedy asked Richardson to form a committee to start collaborative work with local, state, and federal governments. The plan called for the formation of the Bedford-Stuyvesant Renewal and Rehabilitation Corporation and the Development Services Corporation. The following year, the BSRC was formally established to consolidate and carry forward these efforts in 1967 and set out to rebuild the neighborhood and its economy.

BSRC’s efforts have produced multiple benefits for the neighborhood, including over $500 million in investments, $60 million in mortgage financing, job placement, and arts programs. The new organization prioritized physical repair and restoration of deteriorating housing stock and the use of abandoned buildings for housing and business growth, with thousands of units of housing constructed, renovated, or repaired. Major changes in the landscape were also accomplished, as the BSRC focused on providing landscaped open spaces and pedestrian-friendly zones.

One of the signature accomplishments was Restoration Plaza, occupying a full city block, and today one of the key landmarks of Bed-Stuy. Centered around a renovated former milk bottling plant, it serves as the offices of the BSRC and also contains cultural venues, businesses, and banks.

In addition to the physical rehabilitation of Bed-Stuy and its housing stock, the Restoration Corporation also focused on the cultural life of the neighborhood through the construction of the 218-seat Billie Holiday Theater in 1972.

The strong networks that Richardson helped created continue to improve Bed-Stuy. In the 1980s an epidemic of crack addiction hit Bed-Stuy especially hard. While the use and sale of narcotics devastated many of the families Richardson had advocated for, her lobbying for access to health care and social programs helped provide a safety net to a community fighting the effects of the illegal drug trade throughout the decade.

Today, as a new generation of issues, including gentrification, climate change, and now COVID-19, challenge Bed-Stuy and neighborhoods across the five boroughs, it is fitting to look back over the course of nearly half a century to Elsie Richardson's legacy. Her organizing work with the Central Brooklyn Coordinating Committee and Bedford-Stuyvesant Restoration became a model for grassroots community development corporations throughout the United States. The community solidarity she nurtured helped sustain the neighborhood during challenging times.

Building Bridges with Language and Theater

Among the almost 70 New Yorkers featured in the Museum of the City of New York’s permanent exhibition, New York at Its Core, is Sister Joanna Wan-Ying Chan, 陳尹瑩, a multi-lingual and multi-talented artist who founded vital cultural institutions in Manhattan’s Chinatown.
See All