The World of Tomorrow

April 30 is the 80th anniversary of the grand opening of the 1939-1940 New York World’s Fair, which drew millions of visitors to Flushing Meadows, Queens to experience “The World of Tomorrow.” The Fair was divided into zones, each devoted to an aspect of modern life: Amusement, Communications and Business Systems, Community Interests, Food, Government, Medical and Public Health, Production and Distribution, Science and Education, and Transportation. States and countries exhibited their food and culture in designated areas; 33 U.S. states and Puerto Rico were represented, and all major countries participated except China and Germany. During the Fair’s second season in 1940, an American Common replaced the Soviet Union’s pavilion.

Mayor Fiorello La Guardia, NYC Parks Commissioner Robert Moses, Fair Corporation President Grover Whalen, and President Franklin D. Roosevelt were involved in planning the Fair, which was meant to lift Americans’ spirits after the economic woes of the Depression. The Fair took nearly three years to construct, and over 200,000 people attended the grand opening – held symbolically on the 150th anniversary of George Washington’s inauguration. Let us take a look at some “before and after” images of the Fair’s attractions.

The Perisphere housed the Fair’s “Democracity” exhibit, designed by Henry Dreyfuss, which depicted a utopian “city of the future.” Visitors viewed the diorama from above while riding a moving sidewalk. 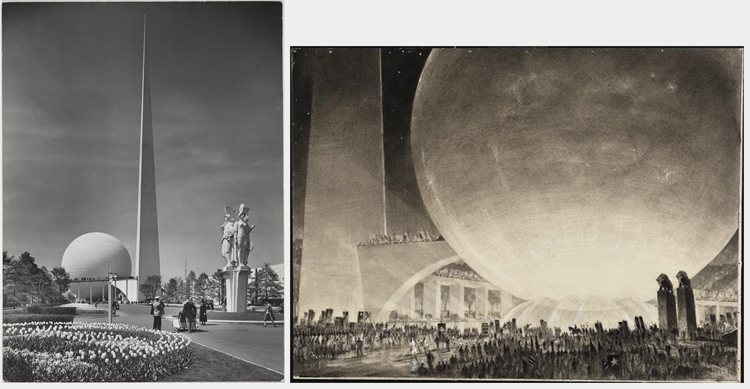 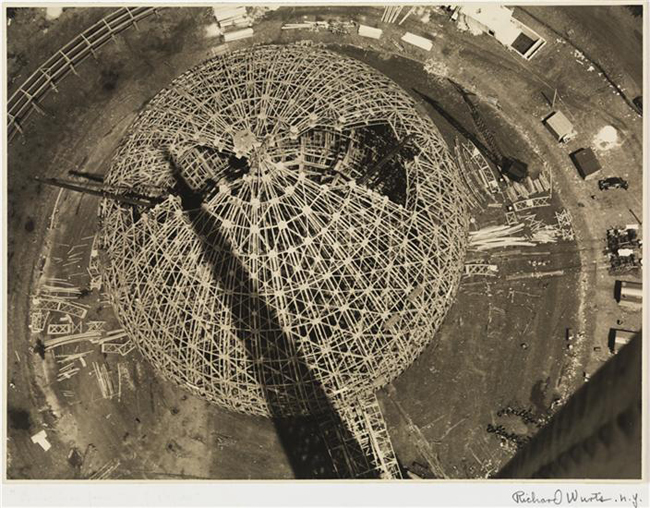 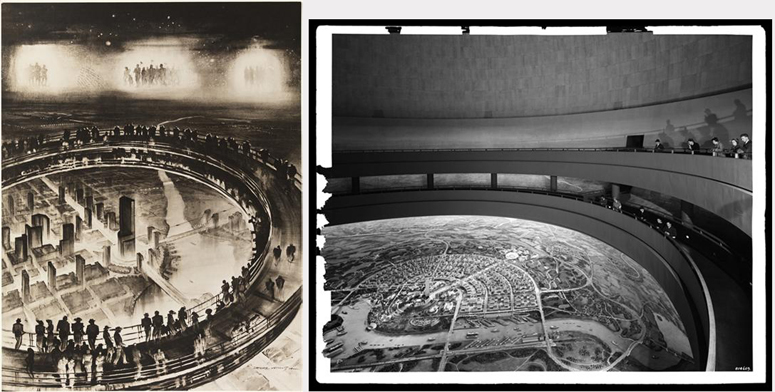 The Aviation Building was meant to give visitors a realistic picture of a busy airport and explored the themes of travel, defense, and private recreation. The building was designed by William Lescaze and J. Gordon Carr and featured nearly-life-size commercial planes suspended from the ceiling. 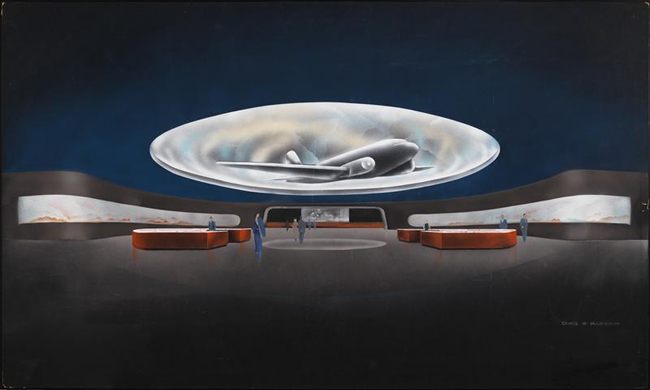 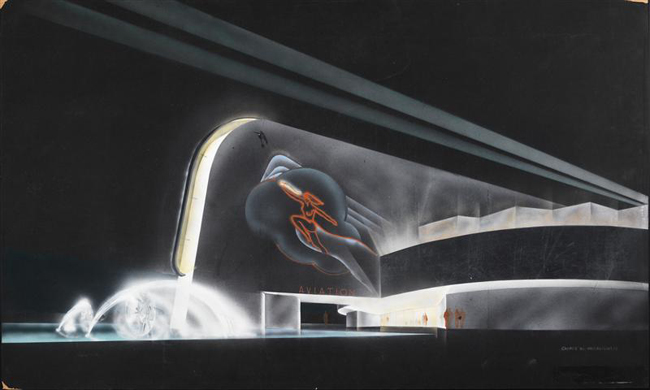 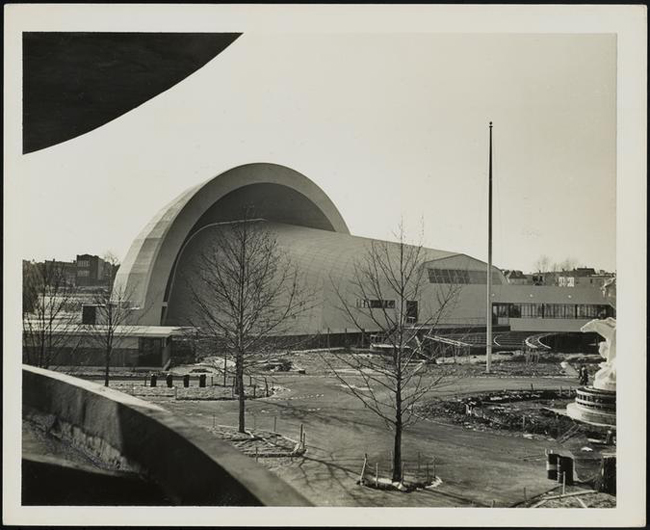 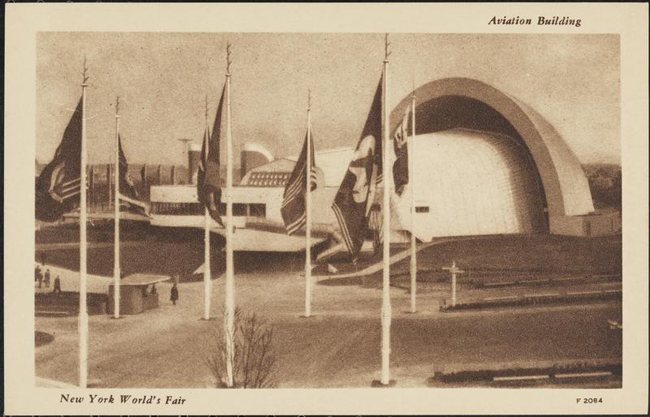 No fair is complete without food! Borden’s Dairyland, Continental Baking (makers of Wonder Bread), Kraft Foods, and Beech Nut showcased their products and processes in the food zone. Visitors could dine at 40 sit-down restaurants, many featuring international cuisines, or grab a burger, hot dog, or ice cream (all 10 cents or less!) from one of the 260 concession stands. 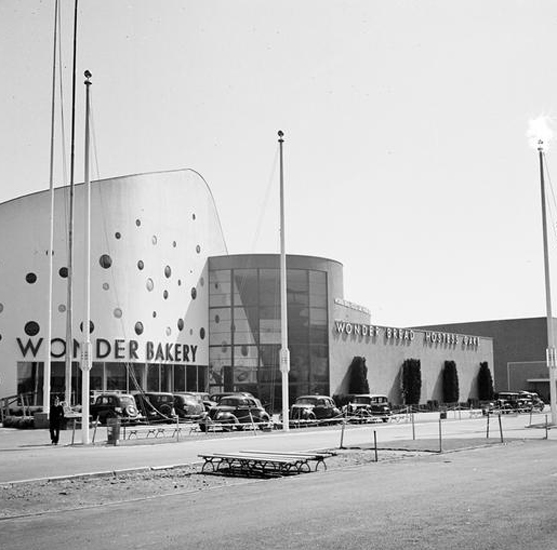 By the end of the Fair in October 1940, approximately 45 million visitors had toured its sites. Visitors and New Yorkers alike can still visit the grounds of the fair, now Flushing Meadows Corona Park, and marvel at the 1964 New York World’s Fair Unisphere.

Come along for the ride as we take a look back at an amusement park that stood on the northernmost tip of Manhattan over a century ago.
See All