Many of us may miss checking NCAA brackets right now, but the Museum has come up with our own competition to keep the madness alive. For the inaugural #MCNYMadnessChallenge, we’ve selected eight contenders in four categories—Landmarks, Architecture, Culture, and Sports—and you can vote to determine what makes New York New York. 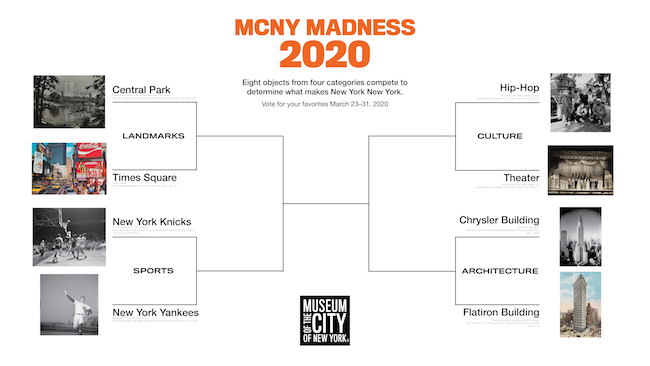 Voting will take place in three rounds from March 23–31, and we'll be updating the progress daily, so follow along to see the results. 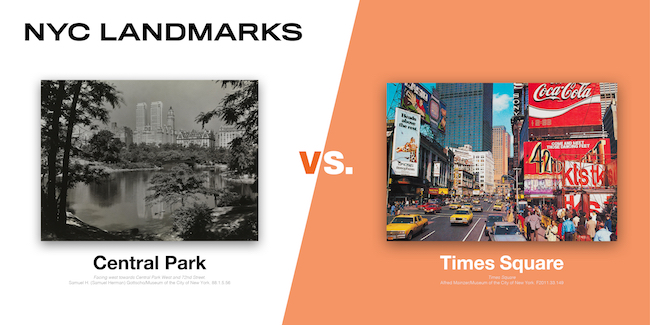 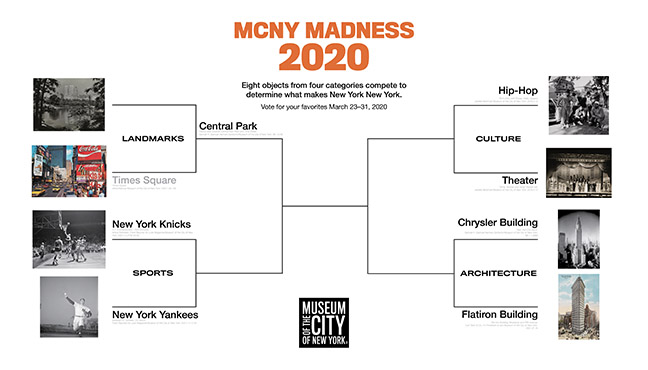 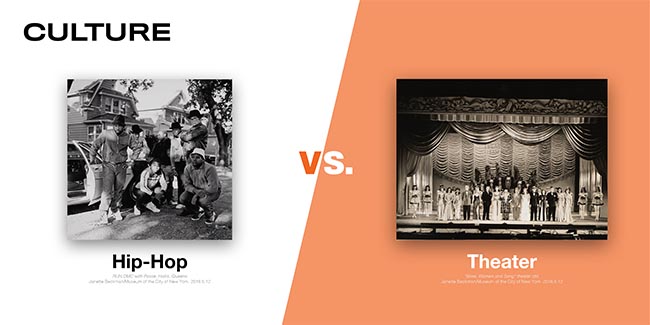 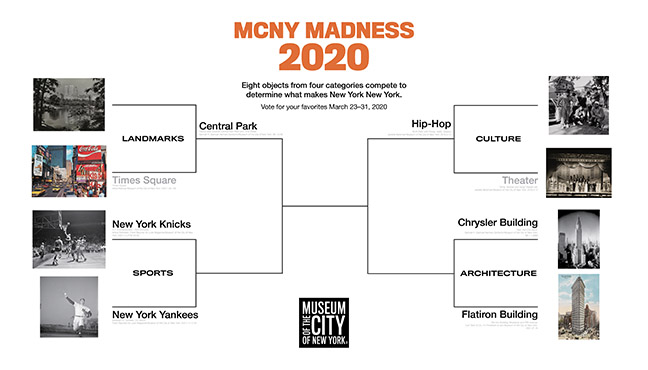 Two popular sports teams, The Knicks and The Yankees, compete to win. 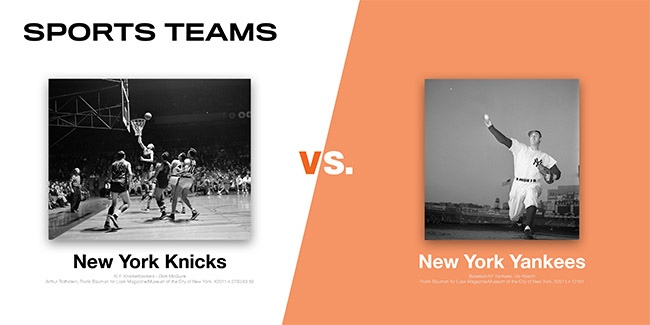 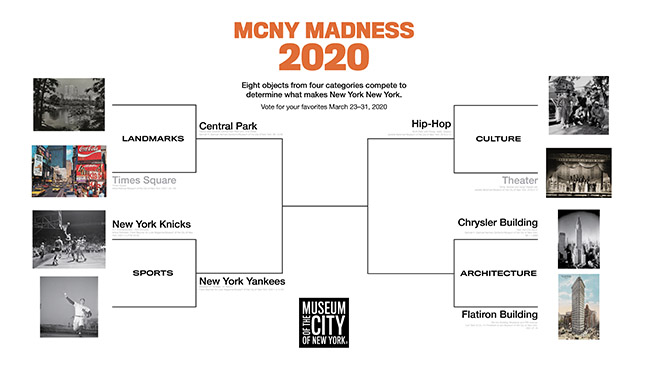 Which of these two classic skyscrapers—the Flatiron Building or the Chrysler Building—is more quintessentially New York? 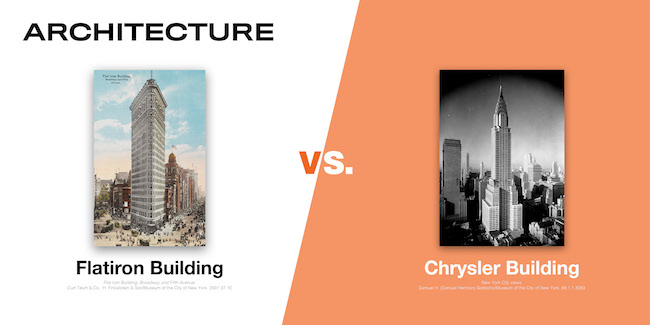 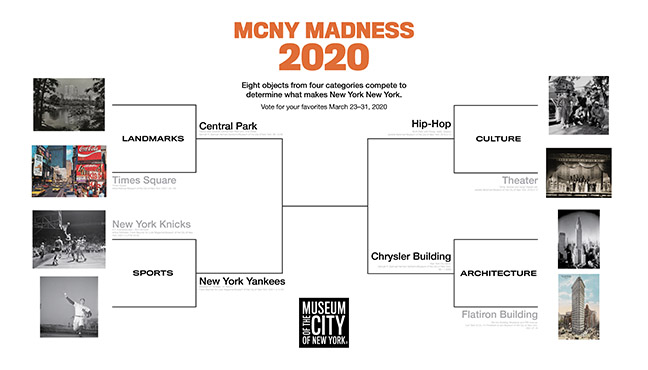 These two New York City icons battle it out in the first match of our second round. 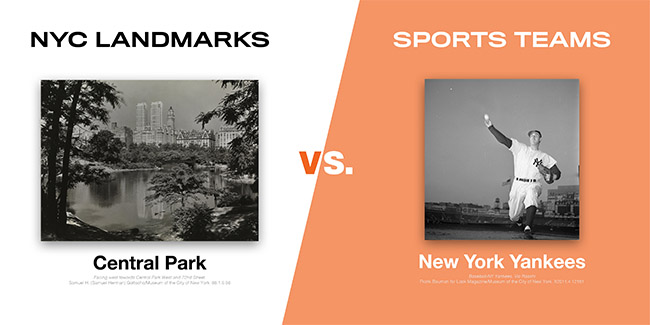 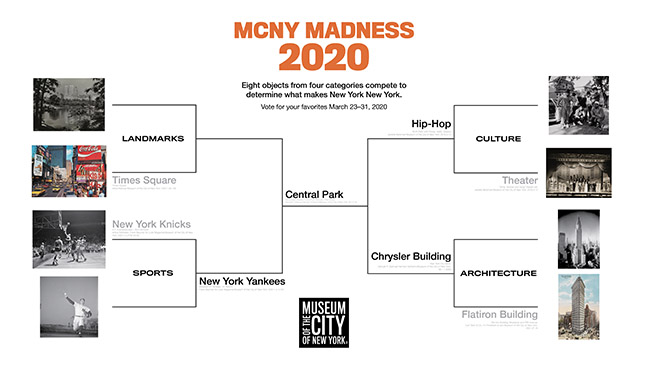 Culture and architecture face off in this exciting semi-final round. Which one will make it to the end? 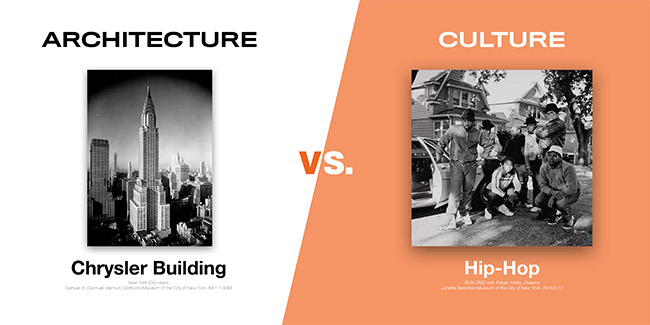 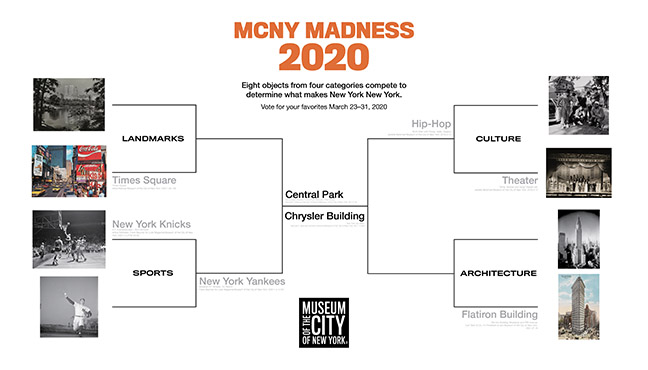 We've made it to the finals with these two NYC icons! Make sure to vote on which one you think makes New York New York. 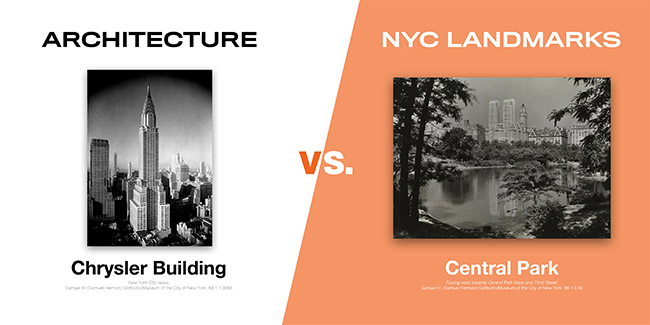 It's official: Central Park is THE iconic landmark that makes New York New York! Thank you to everyone who voted and made this a success. We hope you had fun! 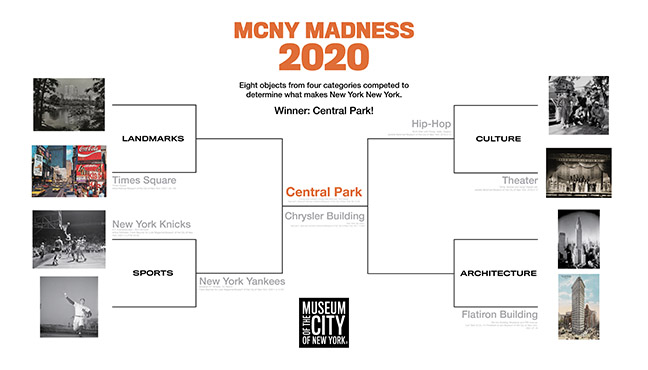