As the end of March approaches, and the fourth Nor’easter of the month attacks the east coast, we at the Museum start to dream of warmer weather. Although the first official day of spring was March 19, the season seems nothing more than a far off dream until Easter Sunday. This year, Easter marks the beginning of April and with that comes a parade.

Easter in New York has become synonymous with a pageant of people marching down Fifth Avenue, many wearing large over-the-top hats, reveling in the sunshine. The tradition of the Easter parade began after the Civil War as a “fashion promenade,” rooted in the custom of a Sunday walk following religious service. Wealthy New Yorkers would emerge from their respective houses of worship along Fifth Avenue to stroll down the street, dine at hotels nearby, or pay social calls. Some members of the congregation at St. Thomas Episcopal Church, located at 5th Avenue and 53rd Street, carried flowers used in the Easter service to St. Luke’s Hospital located at 54th Street. 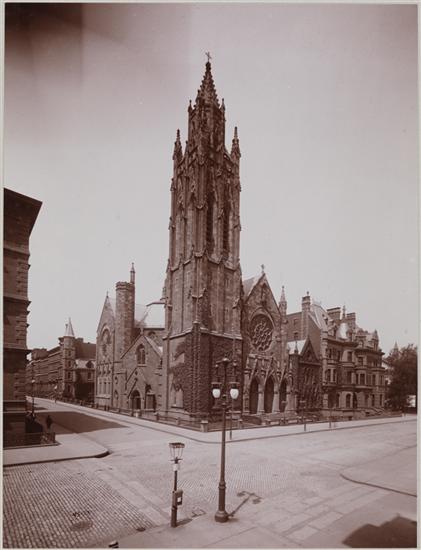 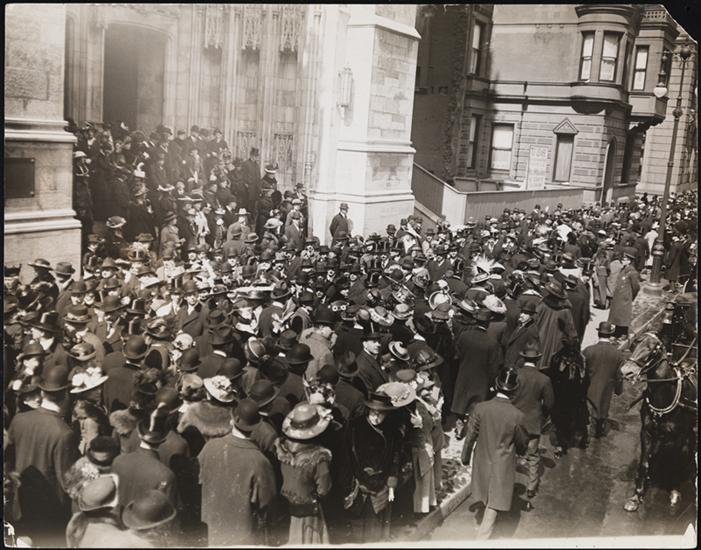 The Sunday stroll was particularly popular on Easter Sunday as it marked a time to show off the latest trends in fashion. Dressmakers and milliners would line the streets producing sketches of the ensembles later copied by department stores within weeks of the holiday. Hats decorated with faux flowers, tall ostrich feathers, and taxidermy birds were at the height of fashion. We have shucked the voluminous dome-shaped skirts, but the excessive hats have always remained in style. 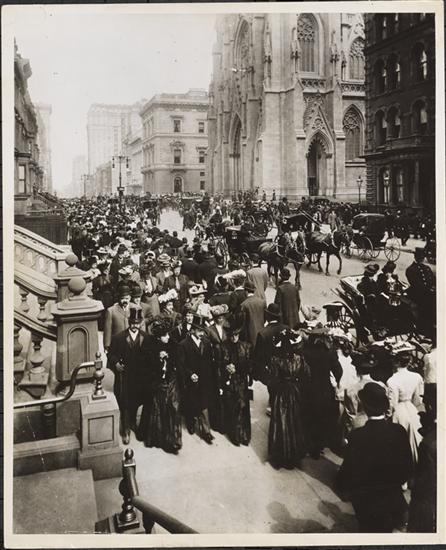 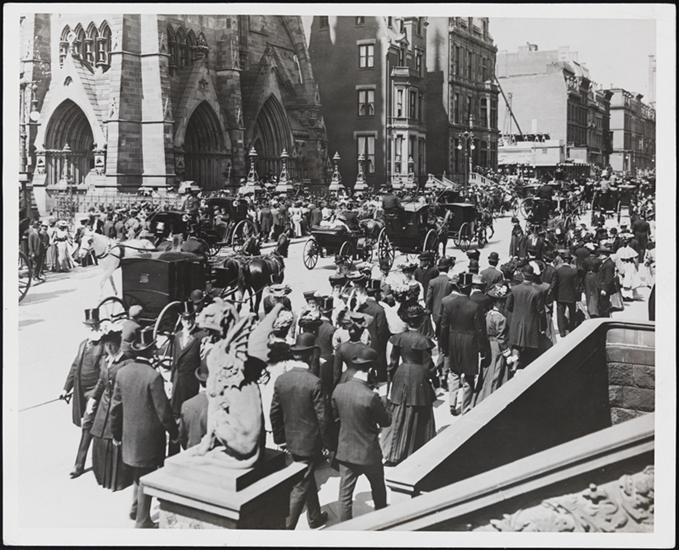 The popularity of the Easter parade expanded into the commercial realm. Department stores and buildings in the Midtown area began decorating lobbies and window displays. The parade was even featured in song in the George C. Cohan musical The Merry Malones titled “The Easter Sunday Parade.” 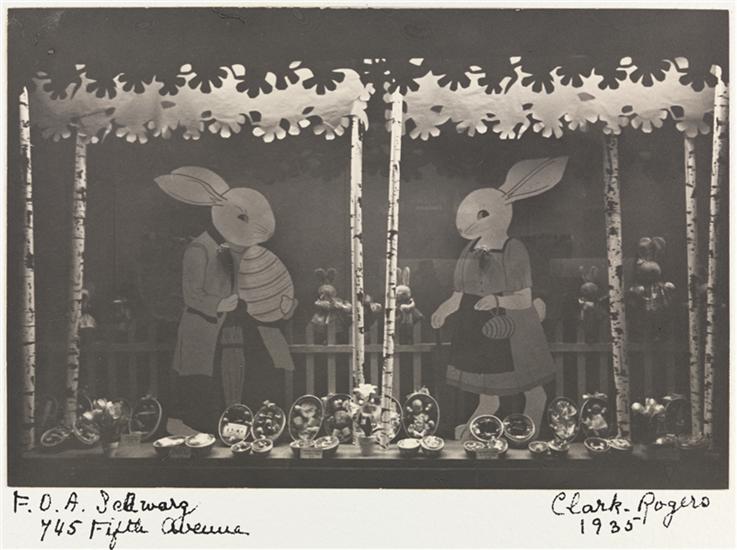 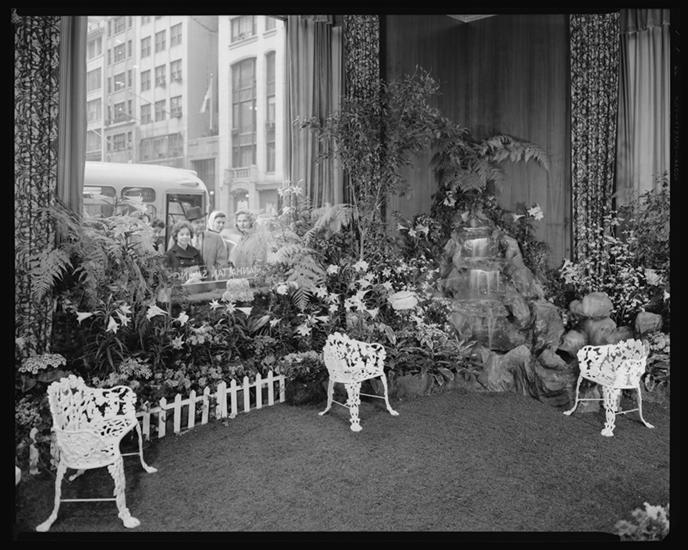 Now known as the Easter Parade and Bonnet Festival, hats of the participants have become even more extravagant than those of early parade attendees. Bunny rabbits, sizable floral arrangements, blinding jewels, and both plastic and natural eggs can all be seen balancing precariously atop parade goers’ heads. So this coming Easter don your Sunday best, your elaborately ornamented hat, and strut down 5th Avenue.

In the spring of 1883, the solemnity of Lent didn’t stand a chance against the social event on the mind of all of New York’s elite society: Mrs. W. K. Vanderbilt’s fancy dress ball.
See All