To celebrate World Ballet Day this week on October 23, leading dance companies – including The Australian Ballet, The Royal Ballet, and Bolshoi Ballet – are going live on Facebook and YouTube to give fans a behind-the-scenes look at dance rehearsals and more. This year’s theme is “Every Body Can Dance” and here’s the schedule of live events, so you can tune in throughout the day. While we don’t have a ballet company ready to perform, the Museum has ballet related photographs, drawings, and ephemera to share.

Our latest exhibition, Cultivating Culture: 34 Institutions that Changed New York, showcases original imagery, objects, and artifacts to bring the history of the city’s cultural riches to life. New York City Ballet is one of the institutions that help cement New York’s status as the cultural capital of the world. The company also has ties to another Cultural Institutions Group (CIG) member, as it was originally founded in 1948 by George Balanchine and Lincoln Kirstein at New York City Center, Manhattan’s first performing arts center.

Objects in the exhibition provided by New York City Ballet include a drawing of co-founder George Balanchine, regarded as the foremost contemporary choreographer in the world of ballet, a children's costume from Balanchine's A Midsummer Night's Dream and a supporting photograph of children wearing similar costumes during a performance in 2019.

The Museum’s collections include photographs and drawings that document ballet dancers back to 1900, where dancers in the corps de ballet of the Metropolitan Opera House are seen in costume rehearsing.

Also in our collection, are photographs of Dame Alicia Markova (1910-2004), one of the most acclaimed and successful ballerinas of her time. She accomplished several historic firsts – among them, the first ballerina to perform on television and the world’s first Jewish prima ballerina assoluta – a title awarded to the most exceptional female ballet dancers. From 1963–1969, Markova served as Director of Metropolitan Opera Ballet in New York City. 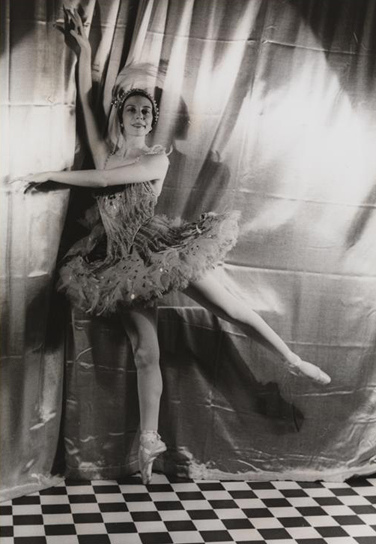 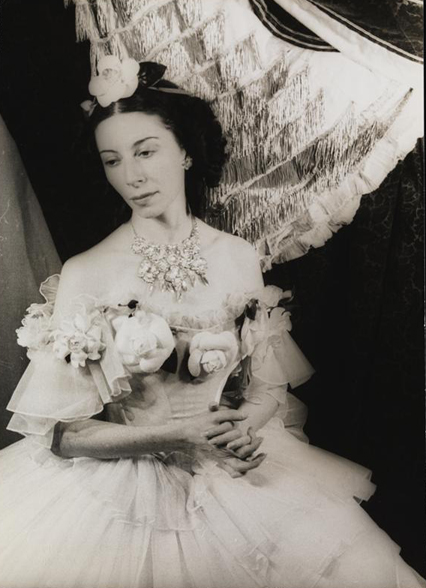 Lastly, what would Broadway be without dance numbers? Ballet has been incorporated in many productions throughout the years, and there are several examples of these numbers in musicals between the 1940s–1980s in our collection. In the case of On Your Toes, ballet served as the overarching theme.

Ballerina and actress Irina Baranova starred in Follow the Girls, which opened on Broadway in 1944.

Kathryn Lee danced in the ballet in Maggie, which opened on Broadway in 1953.

Galina Panova starred in the 1983 Tony Award-winning revival of On Your Toes on Broadway.

Cultivating Culture: 34 Institutions that Changed New York is on view now through February 9, 2020.

Learn the stories of the museums, zoos, gardens, and theaters that have worked in partnership with the City to make New York the cultural capital of the world.