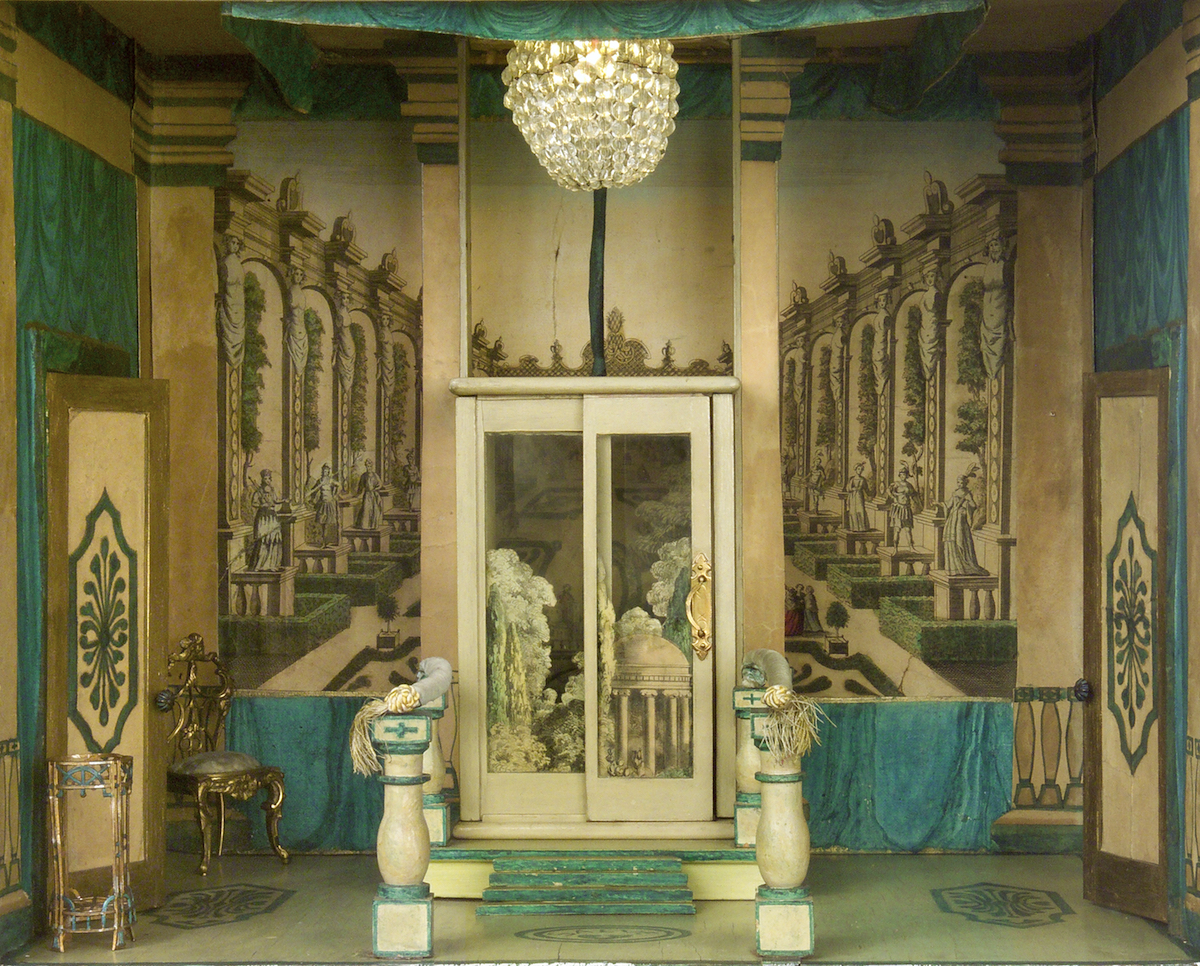 On December 18, 1945, the Museum of the City of New York held an unusual event: a house-warming for a doll’s house. Among the invited guests were Georgia O’Keeffe and other artistic luminaries of the day.  They gathered to celebrate the unveiling of a one-of-a-kind three-dimensional piece of art made by Carrie W. Stettheimer, who had passed away the year before.

Today, the Stettheimer “doll’s house” – an artistic model made over the course of nearly two decades between 1916 and 1935 – is one of the great treasures of the Museum of the City of New York. Carrie, along with her sisters Ettie and Florine, hosted a famous artistic salon in the early 20th century, which influential art historian and critic Arthur Danto later called the “American Bloomsbury.” Ettie was a philosopher and novelist; Florine was a painter; Carrie was an aspiring theatrical designer whose artistic goals were derailed by her obligations to run the household. Her creative energies were channeled instead into the crafting of a miniature world whose interior reflected the Stettheimers’ life in their fashionable apartment and reflected the avant-garde artistic circles of New York in the 1920s

For 19 years, Carrie Stettheimer worked on this three-dimensional work of art, reflecting and reinterpreting the artistic, aesthetic, and cultural milieu in which she and her sisters moved. Among its most outstanding features is the ballroom, which features miniature works gifted to Carrie by some of the leading names of modern art in New York in the 1910s and 1920s, including Louis Bouché, Gaston Lachaise, Marguerite and William Zorach, and many others. A particular highlight is Marcel Duchamp’s miniature version of his famous Nude Descending a Staircase, which had created a sensation at the 1913 Armory Show in New York City.

Seventy-five years later, the Museum celebrates the anniversary of this extraordinary gift with a reinstallation of the famous Stettheimer dollhouse. A new, dedicated gallery will provide greater access to this extraordinary object during this time of social distancing, as well as biographical information about the Stettheimer sisters and the members of their circle, including influential artists who made miniature artworks for the house. Visitors will be able to view the house, learn about its features, view enlarged images of the tiny details, and discover rarely seen additional miniature works by some of the leading lights of early 20th-century modernism, among them a miniature George Bellows.

As Carrie’s sister Ettie wrote about the gift of the dollhouse to the Museum of the City of New York, “I feel certain that no repository would have been more satisfactory to her than the museum of her own city.” 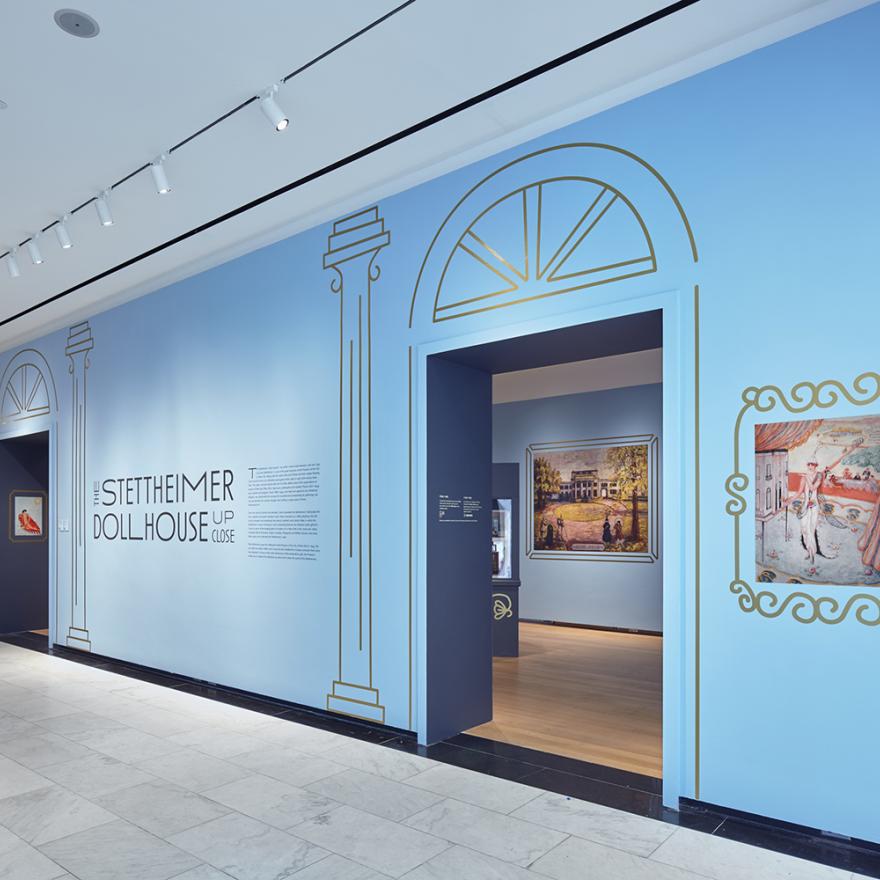 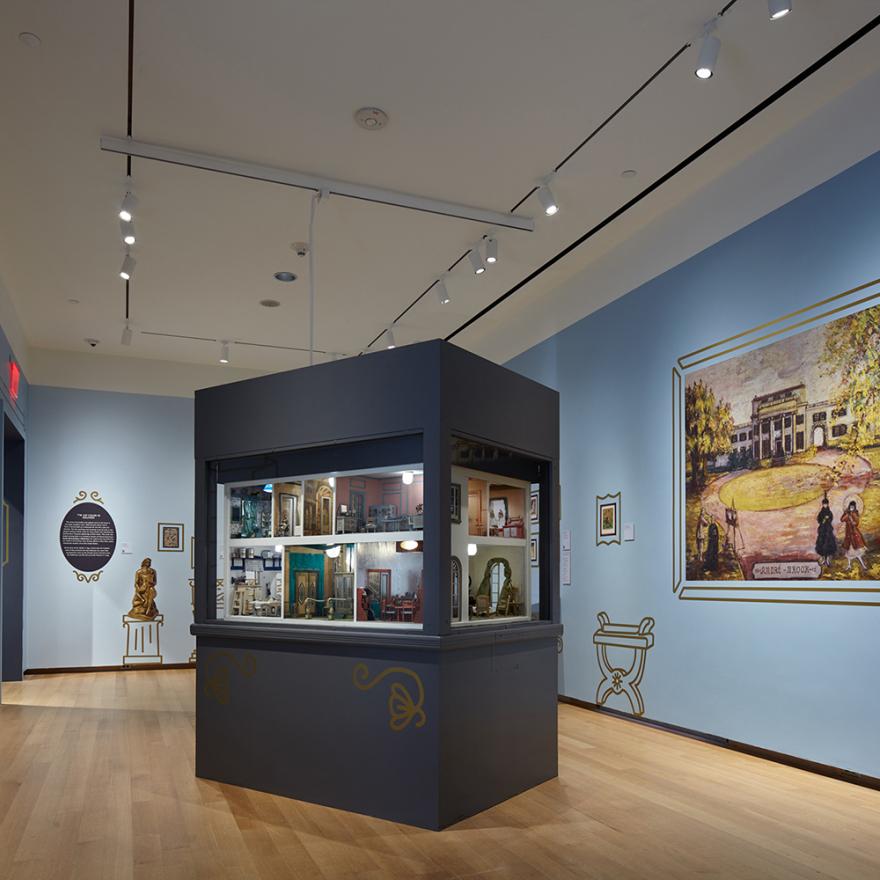 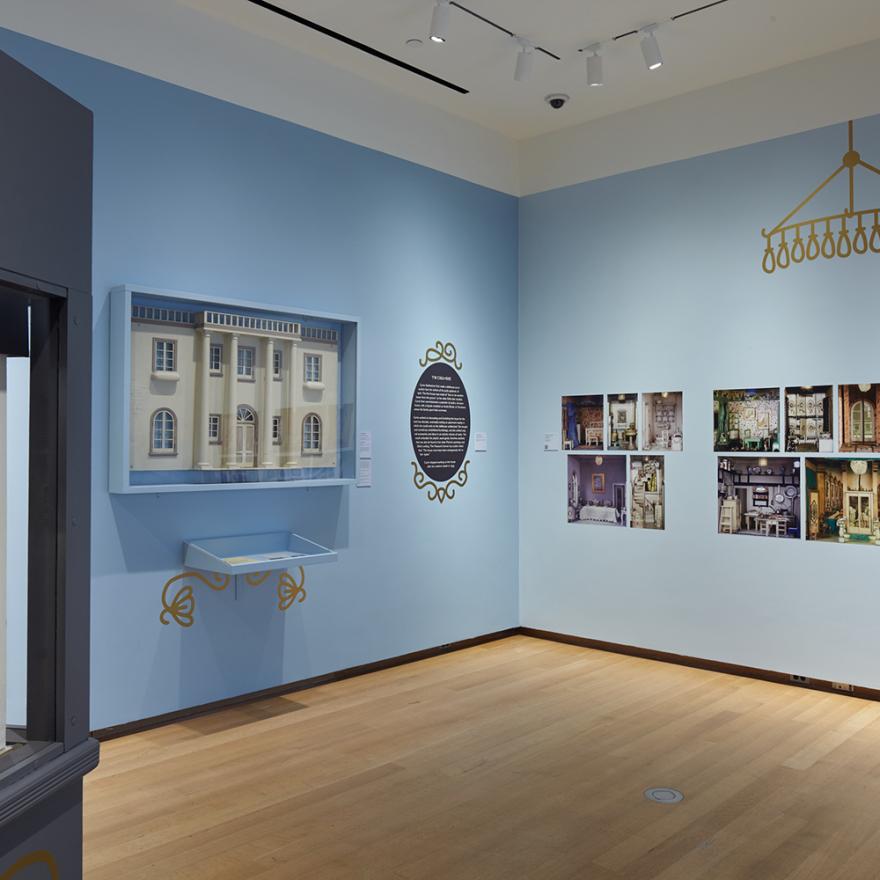 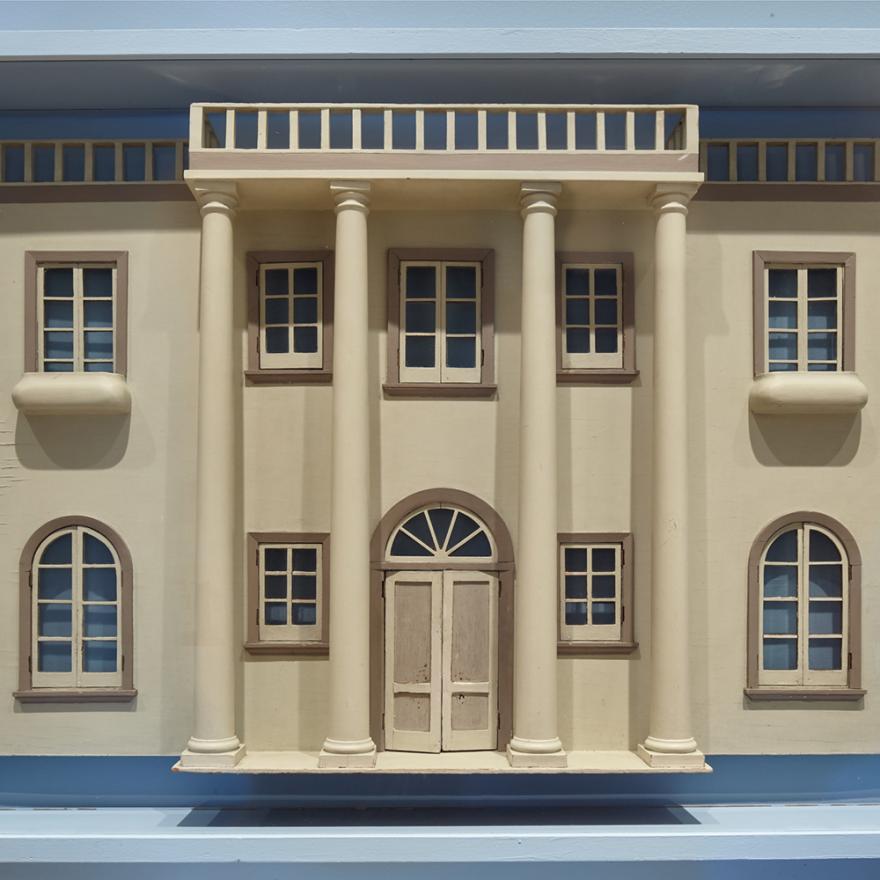 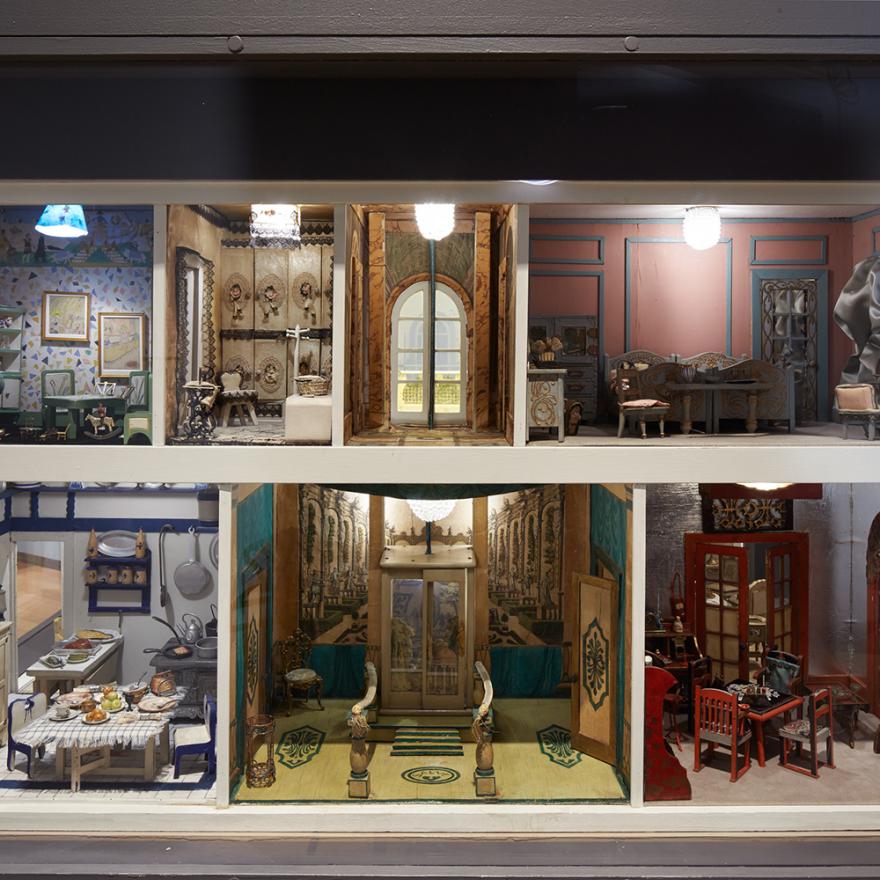 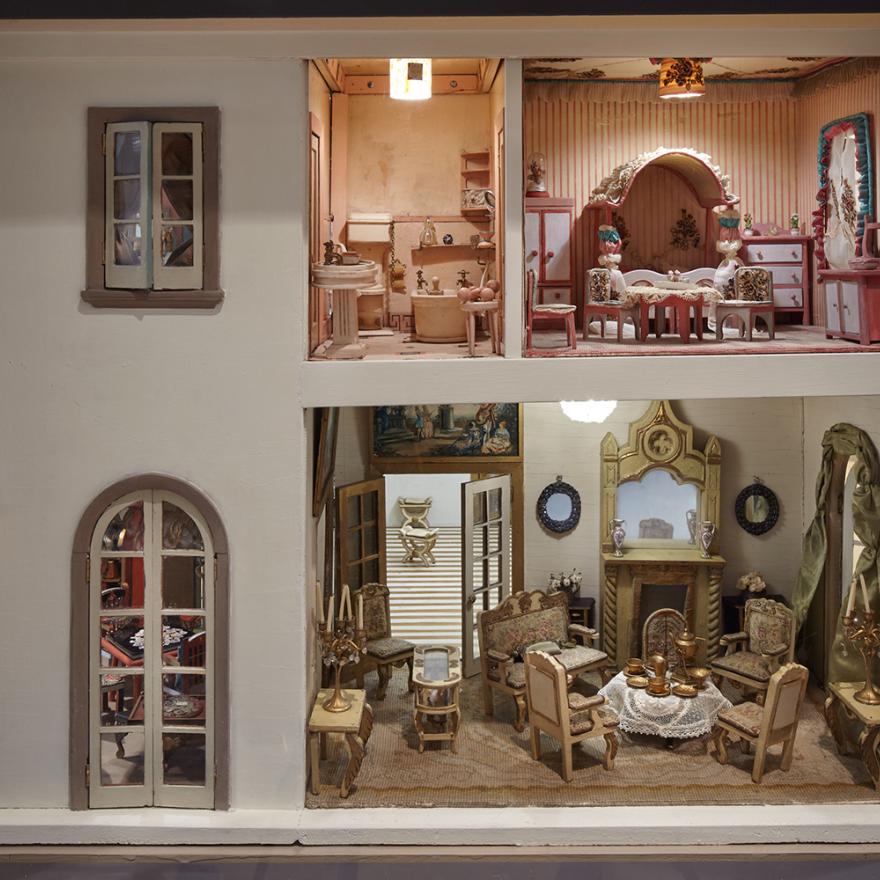 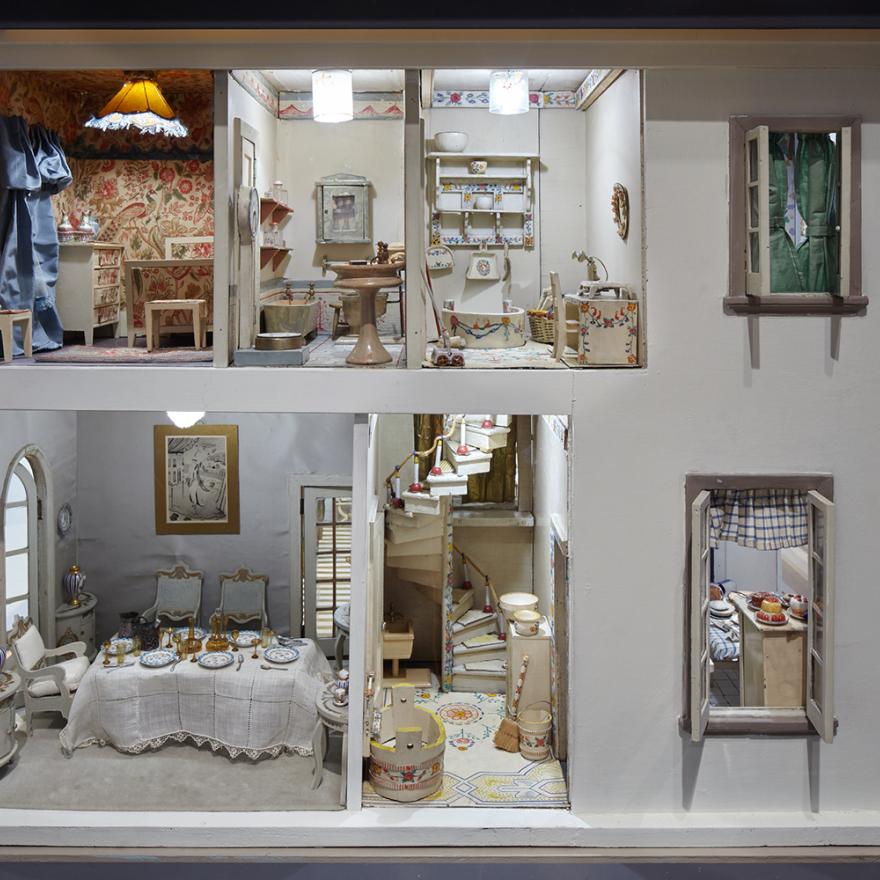 Join Sarah Henry, Robert A. and Elizabeth Rohn Jeffe Chief Curator and Deputy Director, as she sits down with Simon Doonan, writer, bon vivant, media personality, and famous window dresser, for a talk connected to our exhibition Stettheimer Dollhouse Up C

The Museum gratefully acknowledges the support of the Lachaise Foundation.